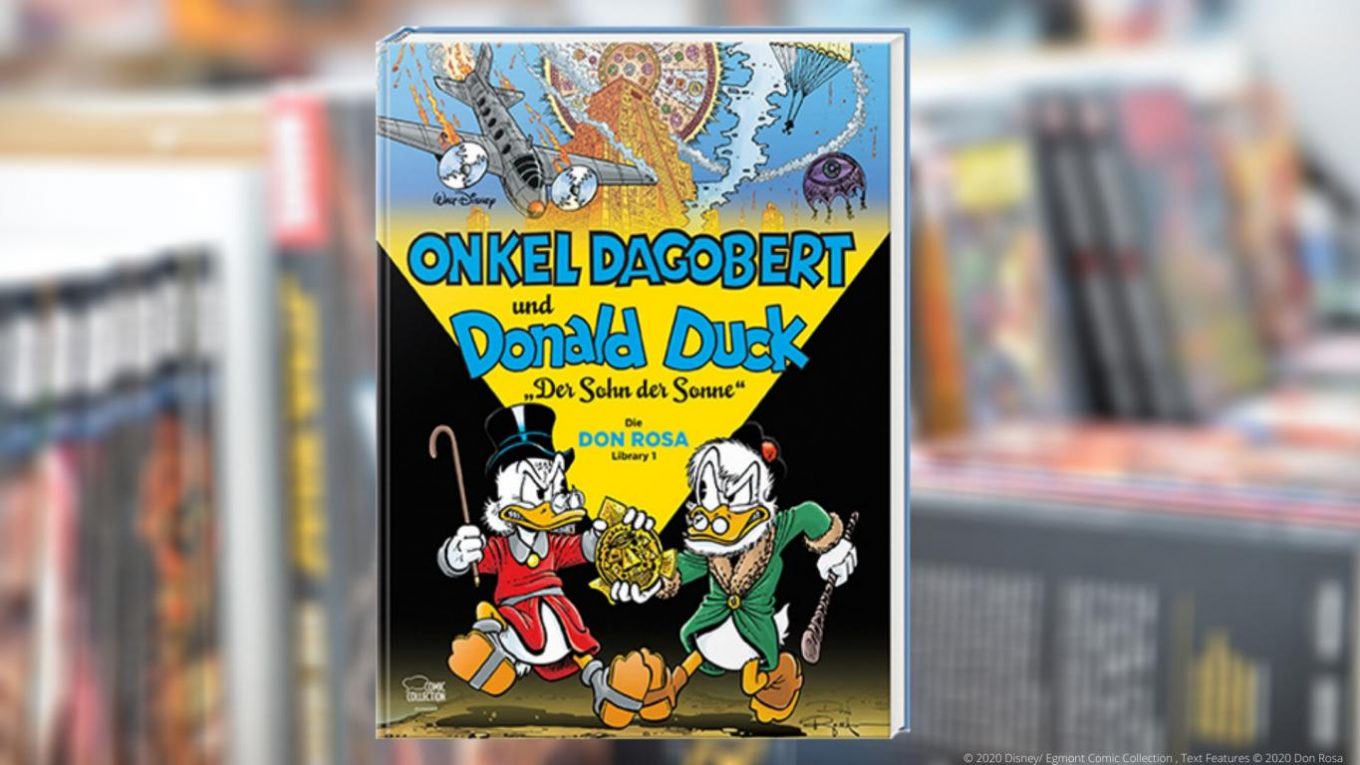 He is stingy, quirky, brave, in the heart of unselfish than he wants to admit it, and we all love him: Uncle Scrooge alias uncle Scrooge, his character is the richest duck in the world. I had my nose in the first volume of the Don Rosa Library plug. This bears the name of uncle Scrooge and Donald Duck son of The sun and celebrates not only the billions of dollars in duck, but also the man, the uncle Scrooge has made, what he today is: Don Rosa.

As a child of the late 80’s was my first contact with the miserly duck is the popular animated series DuckTales – New from duckburg. There was hardly anything from the house of Disney in my childhood days more often on the screen flickered, as the adventures of uncle Scrooge and his great nephews Huey, Dewey, and Louie. Well, at least if you Darkwing Duck was coming from.

I was captivated by the wit, the charming characters and the light touch of Indiana Jones in the adventures. I uncle Scrooge and Donald Duck son of The sun began, I was instantly back in this spell. No wonder, the series is inspired but largely from the works of Don Rosa. 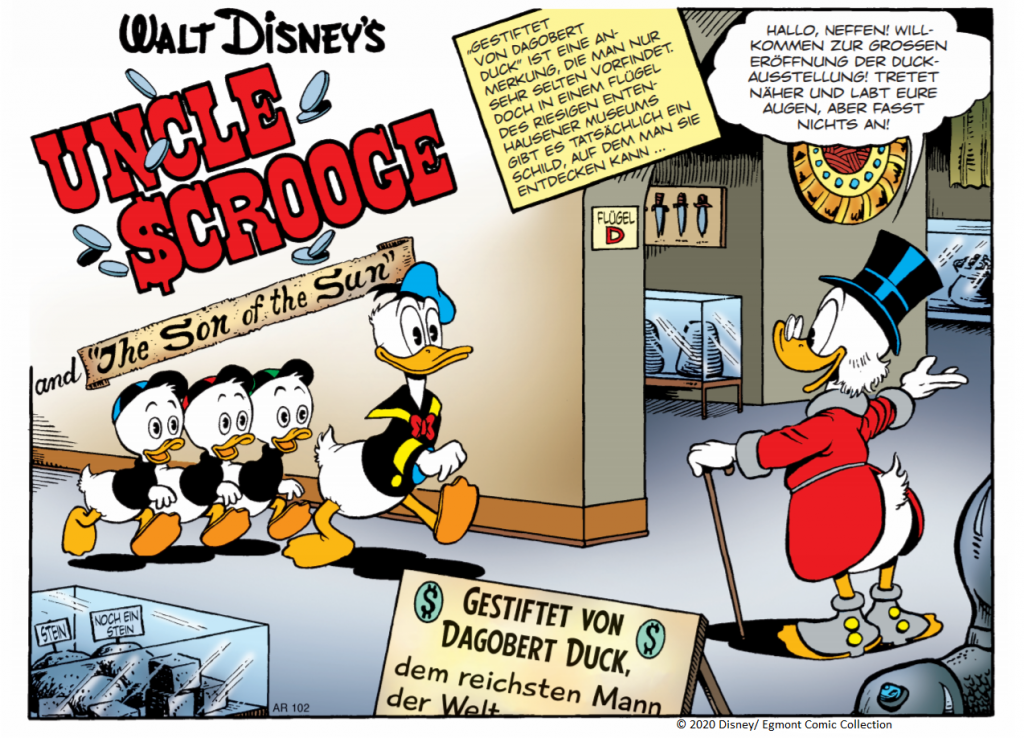 A life for the adventure

Uncle Scrooge was invented in 1947 by the influential Comic writer Carl Barks. The feathered billionaire is today considered to be his one creation, even if he had deadlines at the beginning of his existence as a minor character. Only in the ‘ 50s, uncle Scrooge became friends, also time, Bertl called more and more into the focus of the stories and got ultimately of his own book series.

Carl Barks is the great example of Don Rosa, who tells how he, in the Preface touching – of knew he want to tell as an adult, stories about the Ducks. This fateful connection to the characters meant that he himself was the one or other lucky chance, thanks to one of the most famous and probably the most popular of the signatories of the duck family. Many call him the “new” Carl Barks. A title, what Don’t listen to Pink, as he sees himself on a par with his revered role model.

But why Don Rosa enjoys such a Status among Fans? Now, his works are characterized by several peculiarities. He has enjoyed, for example, never a professional character education, thus, his style is unpolished and authentic than that of his colleagues. He also insists that his Ducks live in a universe with talking animals, but in our world. For Pink Donald, Scrooge and co. are not “funny Animals” – as he calls it – but people who look purely random, as well as ducks. Another peculiarity is, as the attentive reader will notice the small Details in the Background that all the adventures of Don Rosas spring in the middle 50s to play. This has, according to his testimony, the reason that he wants to tell his stories with the Scrooge to his Childhood, Scrooge by Carl Barks.

The first volume of the Don Rosa Library provides personally selected stories. Including his debut, the eponymous son of the sun. The special feature of this compilation is that all of the Stories fully have been revised to be even closer to the Vision of its Creator to come. Much of the charm of the original was lost in the Translation because of the texts have been adapted for the audience, or the Translator has sought to impose his own stamp. Now, the spoken Text is based on a one-to-one to the template. Also the color scheme and various Details to comply with the requirements of the artist.

Who has not pointed out enough, you can take a look at original sketches and the Hidden D. U. C. K. dedication in the individual Panels are looking for.

I like the Ducks! And as much as I the DuckTales loved, so little I had with the Comics to do, because I in this Medium has always been more of a weakness for bats in pantyhose and sociopathic Clowns had. But with uncle Scrooge and Donald Duck son of The sun changed abruptly. Now I’m definitely looking for more. The great researched and in our world-based adventure, the distinctive drawings of great wit and incredible attention to Detail are simply looking for your same. Even if I regard the stories of Don Rosa, I have only seen the tip of the iceberg, so I think I can understand what the fascination about this artist: Here is a man who loves the characters he writes about, is! And I can hardly be expect to explore even more!