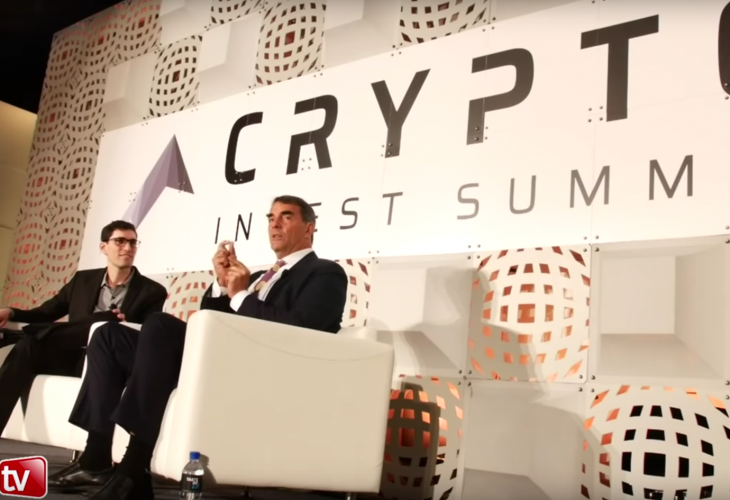 Tim Draper is an avowed Bitcoin bull and known for its strategic investments as a venture capitalist in the crypto industry. At the Crypto Invest Summit in Los Angeles, the venture capital billionaire now said he continues to believe Bitcoin’s price will reach a quarter of a million dollars by 2022.

Draper said he is sticking to his prediction, especially because Bitcoin does not have the political character of Fiat money, which is controlled by governments.

To the question of whether governments will not ban Bitcoin

We have seen how China has fought against it and they have all lost their entrepreneurs. Japan reacts and says: Bitcoin is a national currency in Japan. From an entrepreneurial point of view, we saw Binance leaving China with a market capital of 10 million because China made it illegal. Binance then went to Singapore, where there were no significant regulatory measures. So Binance went to Malta. I think the countries are competing for these successful companies. […] You can say which of these economies will run really well in the next 40 years, and which won’t.

With regard to the regulatory approach in the USA that the SEC is pursuing, Draper understands how important its decision will be for the crypto industry. The last thing the SEC would do, in his opinion, is to follow the decisions China has made.

I think the SEC is torn and I think it’s okay because they’re torn as if they’re chasing after the scammers who are exploiting the elderly and making sure all these technologies stay in the USA. You know it’s a competitive world out there.

Draper believes that the best way for the SEC to handle this would be with a “light touch” that can help new investors take a simpler approach as they enter the market. He even went so far as to say that the legislation should be a “one-page document” that specifically describes the process of establishing an ICO and registration.

Loud Draper crypto currency and blockchain technology will do more than devour the value of traditional currency. He believes that they also provide a transformative opportunity to change the way governments do business around the world.

I think the government can be transformed in this big, huge way. Which means you put all these technologies together. You have a token that is global and decentralized. The token is now in a perfect ledger called Blockchain, so you don’t need all this special accounting, because the accounting is already done.

And then you can create Smart Contracts so that all these contracts are integrated into the cloud so that what is supposed to happen in a contract happens. And then you got Big Data. They have the possibility to take over these data, to supplement them with artificial intelligence and to make decisions. Think about what a bureaucrat does. You can replace the entire bureaucrat with artificial intelligence, a smart contract and the blockchain.

You can see the whole interview in the following: