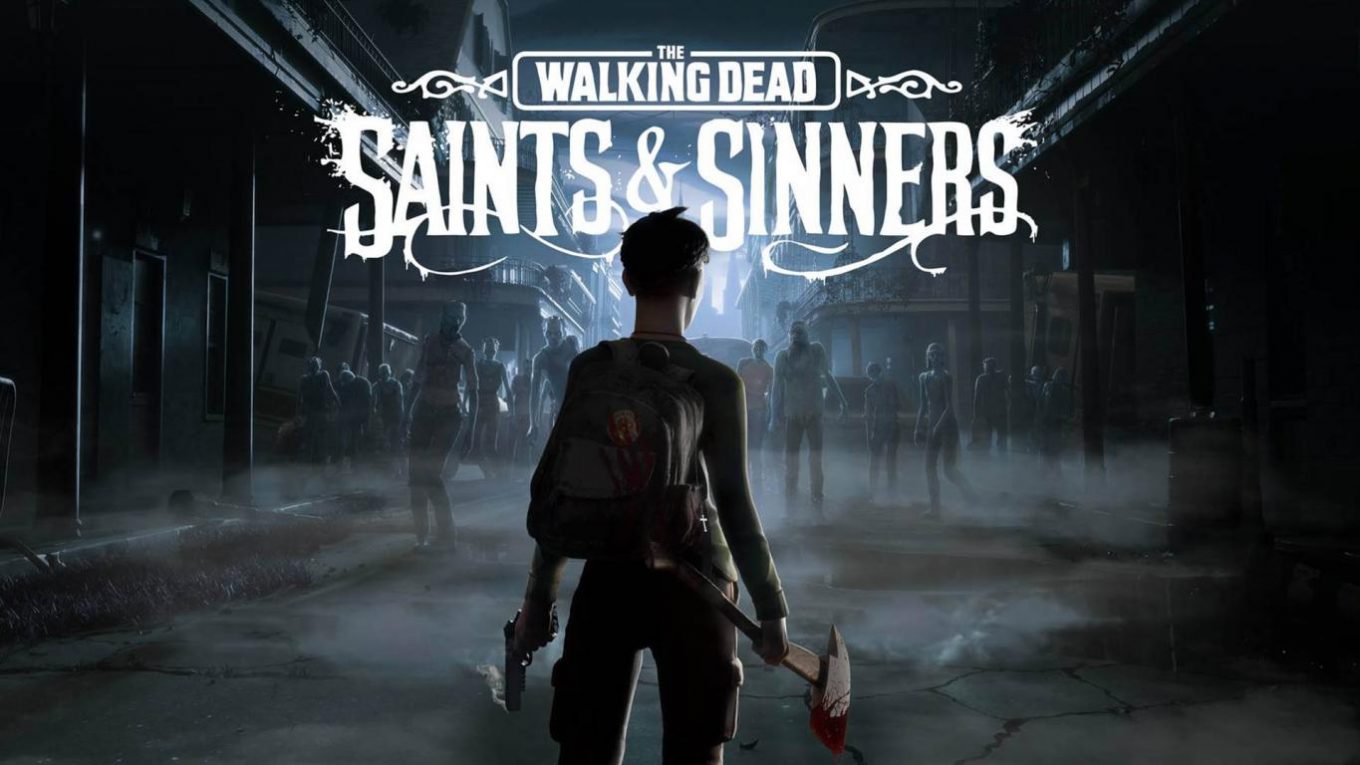 Zombies in the year 2020, is still almost as fresh as the people they once were – but this does not mean that it can’t create yet, so some of the really good zombie game in the shelves …

No Voodoo, for VR

Time added: Who has the last seasons of The Walking Dead really with voltage followed? If you’re like me, then it was the air sometime between Negans double murder-massacre and the unspectacular death of some other over seasons, years of cherished character, clearly out of it, and the topic of Walkers, thus finally from the table and then came to Saints & Sinners.

Who is allowed to followed my posts here, or include me personally its well-Known, the know that there is hardly anything that inspires in terms of Games so quickly my interest as well-implemented VR Games. To watch game worlds only via a screen window, but to experience the full 360-degree Virtual Reality itself, breathes easy, new life into virtually any concept, no matter how old or stale it may seem at first glance. So Headset on, and once more into the Zombie Apocalypse, in order to test the undead to the heart and kidneys – if you have not yet.

Alone at the Setting, hope to come here: to folders Instead of to the series, they decided to do a completely new character – the tourists – that, unfortunately, in the Walker-infested New Orleans is stuck and only a single way out of his misery looks: the Equivalent of the Promised land of the Zombie find Apocalypse, The Reserve – a legendary vault with everything you need to escape the rotting masses permanently. So we make our way to find exactly this, but without the unfortunate Snack. 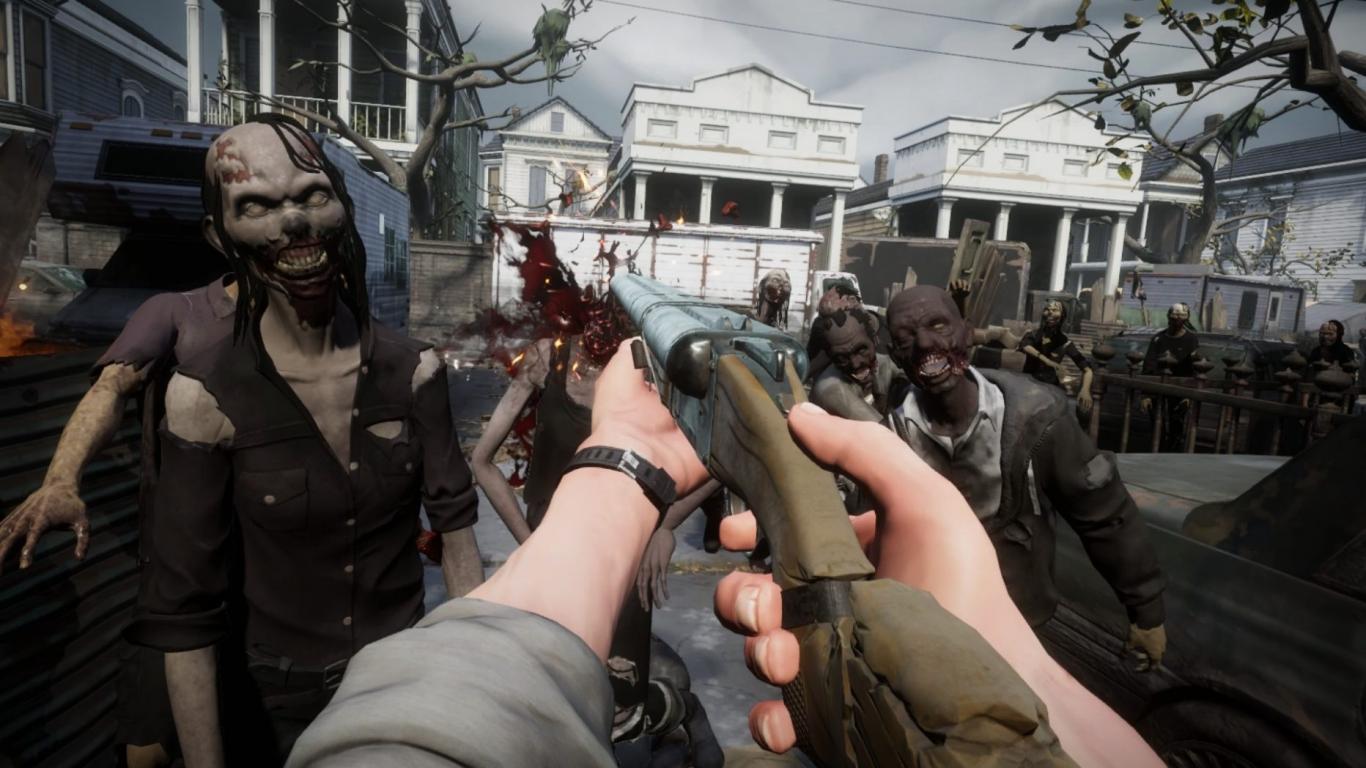 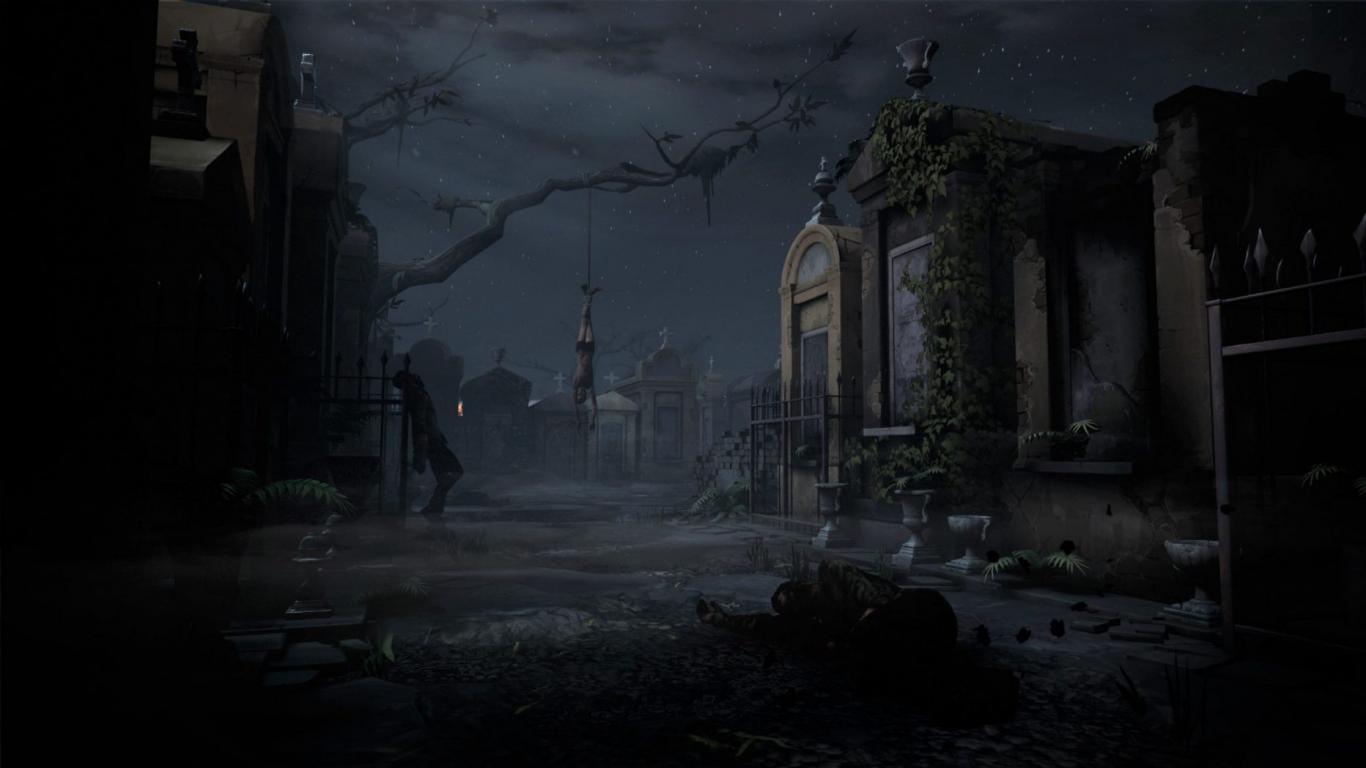 Sandbox adventure in the realm of the undead

In the course of your desperate search to discover a game region to the other and spends most of your time doing missions for various NPCs, you still living factions to join or to diverse kind of against you, and – of course – Walker turn off. And here we come to the climax of Saints & Sinners: the feeling of freedom in combination with a really enjoyable battle system.

Even if you approximately 12 to 15 hours long campaign sent in the direction of the special challenges, you’ll have a lot of space, all the cards in the game of your Bus base to explore the local graveyard to bring you into absurd situations, many of the Now-Zombie at the request of his Then-life partner to do away with and even figure out how to do from the brain-connoisseur on the most effective brain-mush.

Available in a variety of weapons – from your own fists, knives, guns, series fans well-known Baseball bats with barbed wire, Axes, and more of you, and thanks to VR-control with the two Hand controllers, the miracle feels so good as each of them is fully realistic: are you Fighting with a bow and arrow, you have to aim yourself, raise, and release it swinging your axe, take your actually better both hands, ramming her knife into the skull of the Walker, you need to pull this one out after that, in fact, with the jerk again, and so on. Combined with the fact that the Sounds wonderfully realistic sound disgusting, and that knife stitches, Axtschwung and more not also just always in the same Animation, but are you really as good as any Zombie-part of the body hurt can, the life of battle experience, so it’s as real as it can be.

The only things that don’t distract from the fact that you are during your tours through the various areas of New Orleans but the whole of free, are that you will encounter one of the Often not very logically discrete areas (just Sandbox) – for example, roads that are blocked by oddly stacked cars – that some Asset, specifically certain vehicles, but then a little too often repeated, and that a large part of the environment, in spite of the great physics of the Walker and weapons, not to interact. So things that want to use their intuitive as an Emergency-weapon – for example, road cones – good place to linger. 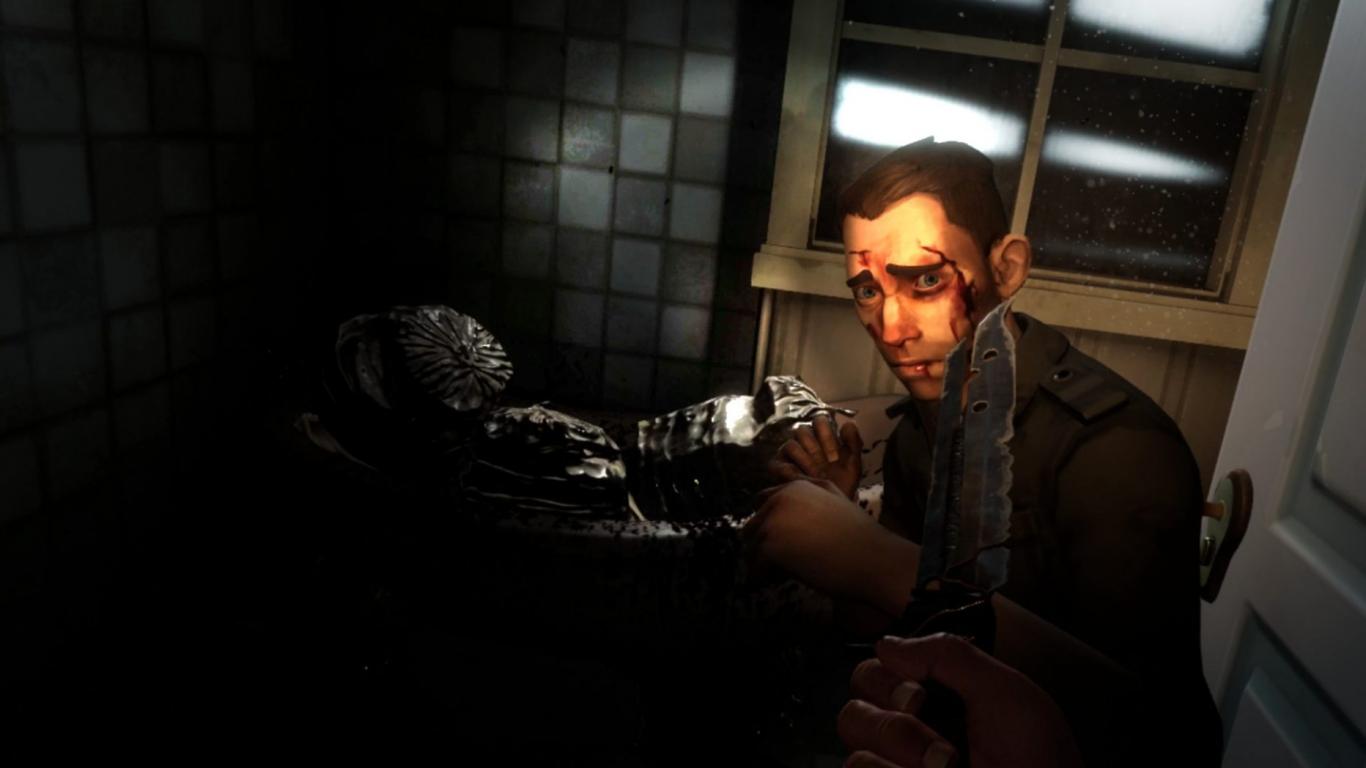 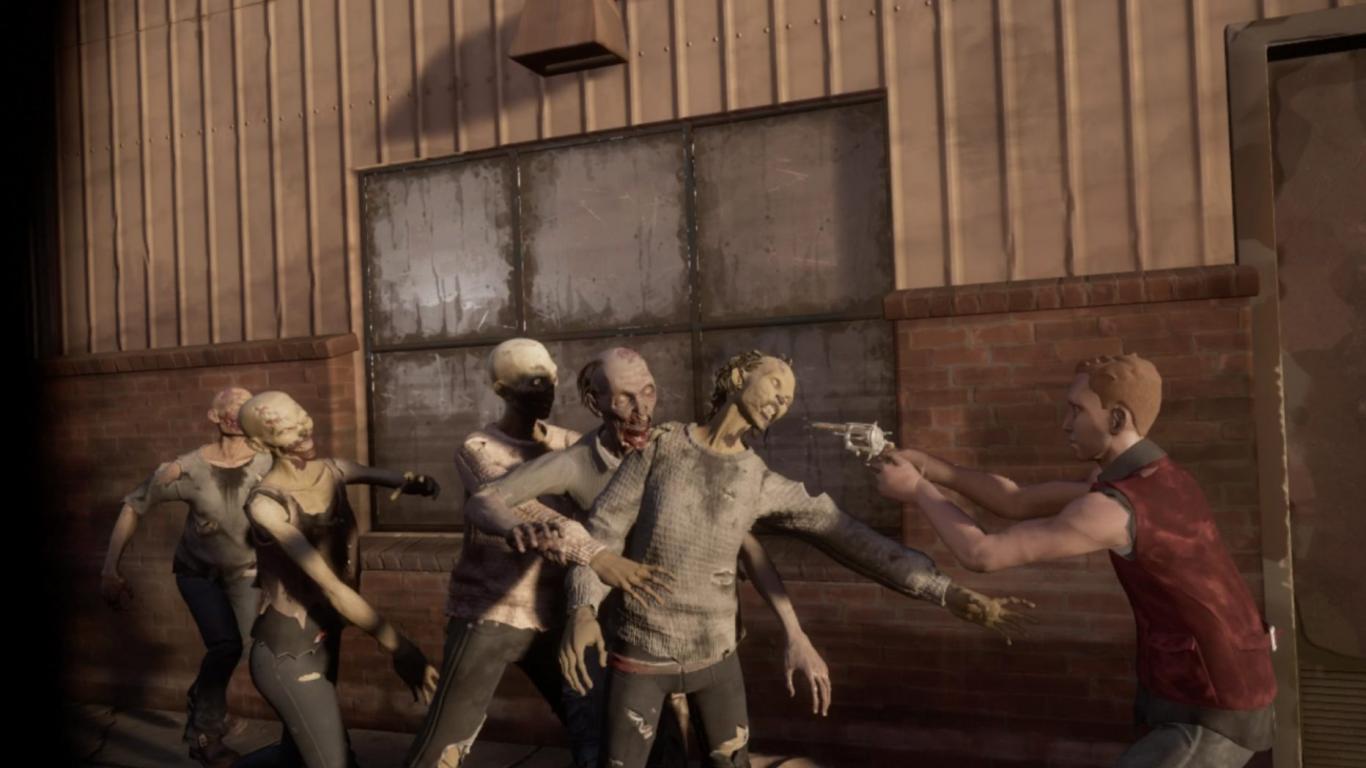 A little bit of everything

Up to now, sound The Walking Dead: Saints & Sinners very to Shooter/Hack’n‘Slash, but it is not. At least not only, because in the title is also a whole lot of role’s game. The clock runs during your adventure, all the time: Your day as a Zombie Killer passes and breaks in the night, literally heralded by a bell, multiply the Walker in the streets and it is up to you to decide whether you want to take the risk on you, or to Sleep in your base want to return. The disadvantage of the Latter: On the following day, more Undead normally have to wait for than the last few mornings to you – the threat is constantly growing.

Fortunately, your character on leveling up but after a while, and gather new skills. You can also not be found in the course of the game, only getting new weapons, you can also pick up various items and combine them in your Bus-base to new useful things – for example, to more backpack space, medicine, or new weapons. And that is a good thing, because the latter come all with a limited shelf life, or in other words: you go with the time broken.

In the Fight itself you have in addition to your self-to-understand health status is also a stamina bar that drains through various actions. Your high to climb so just a rain gutter, in order to escape the Zombie masses among you, keep in mind that your arms will eventually give in – and then it can happen on top of that, that you break in the following battle of the baseball bat. Offense. That’s exactly why it in , Saints & Sinners is also important, your trips, and attacks a little in advance to plan, and not simply eager to move – who with his energy and his weapons, not house holds, ends very quickly as a new addition to the Walker Crew.

You die in fact, and you will die – respawn you at the start of the map and need to the place of your death, again, without trying to go to all of your equipment to pick up again. You will degenerate into a Zombie on the way a second Time to feed, are lost at the time, carrying things permanently. Under this point of view, it is perhaps just as well that the respective inventory(=backpack)is limited place …

Where we are just in the inventory: here, Too, there has been a focus on intuitive use: things to be positioned by means of a simple gesture in the direction of the shoulder in the bag; to take Out, takes out your backpack by the handle to your back and then you see the individual Slots in which you just have to grab. Everything that you should in the heat of battle, ready to hand, so especially weapons, your flashlight and your Journal, which serves as a Quasi-map/guide – is directly tangible to your body: hips, back, chest. 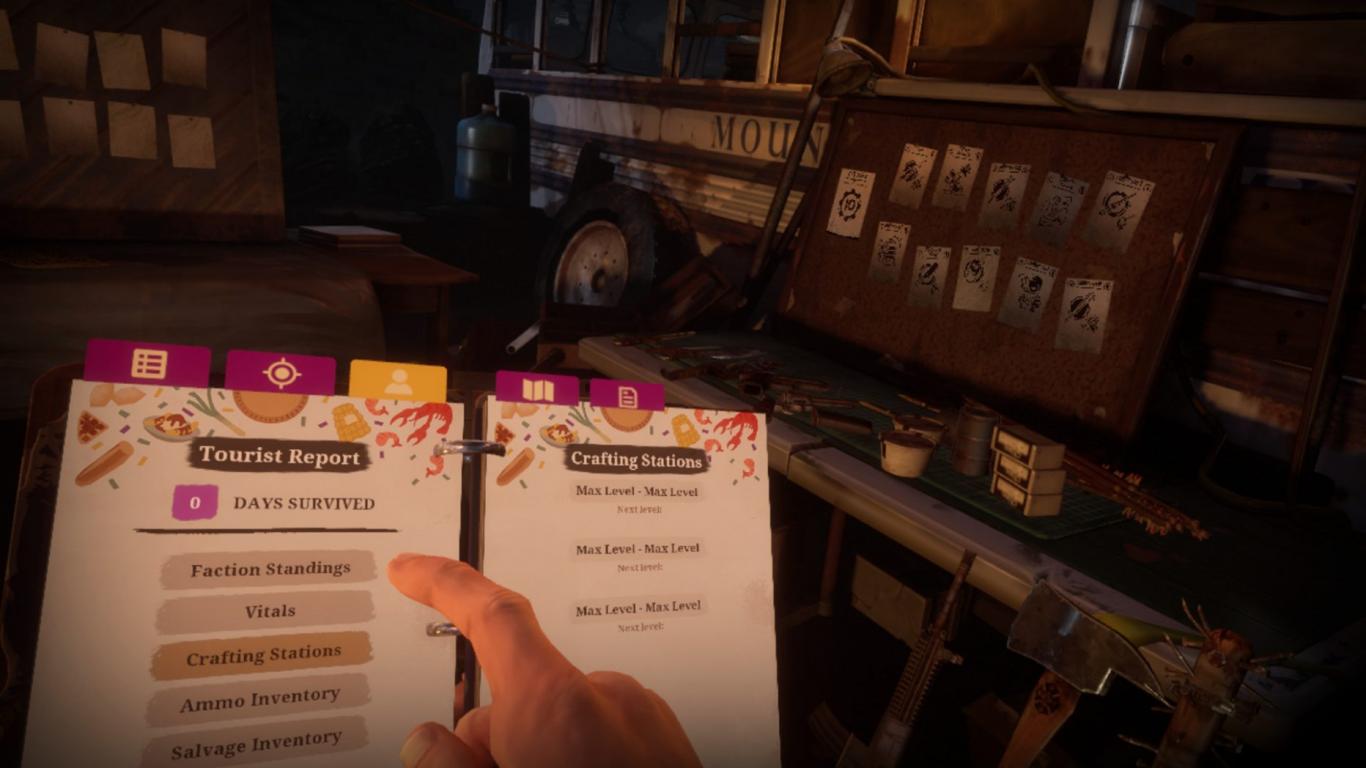 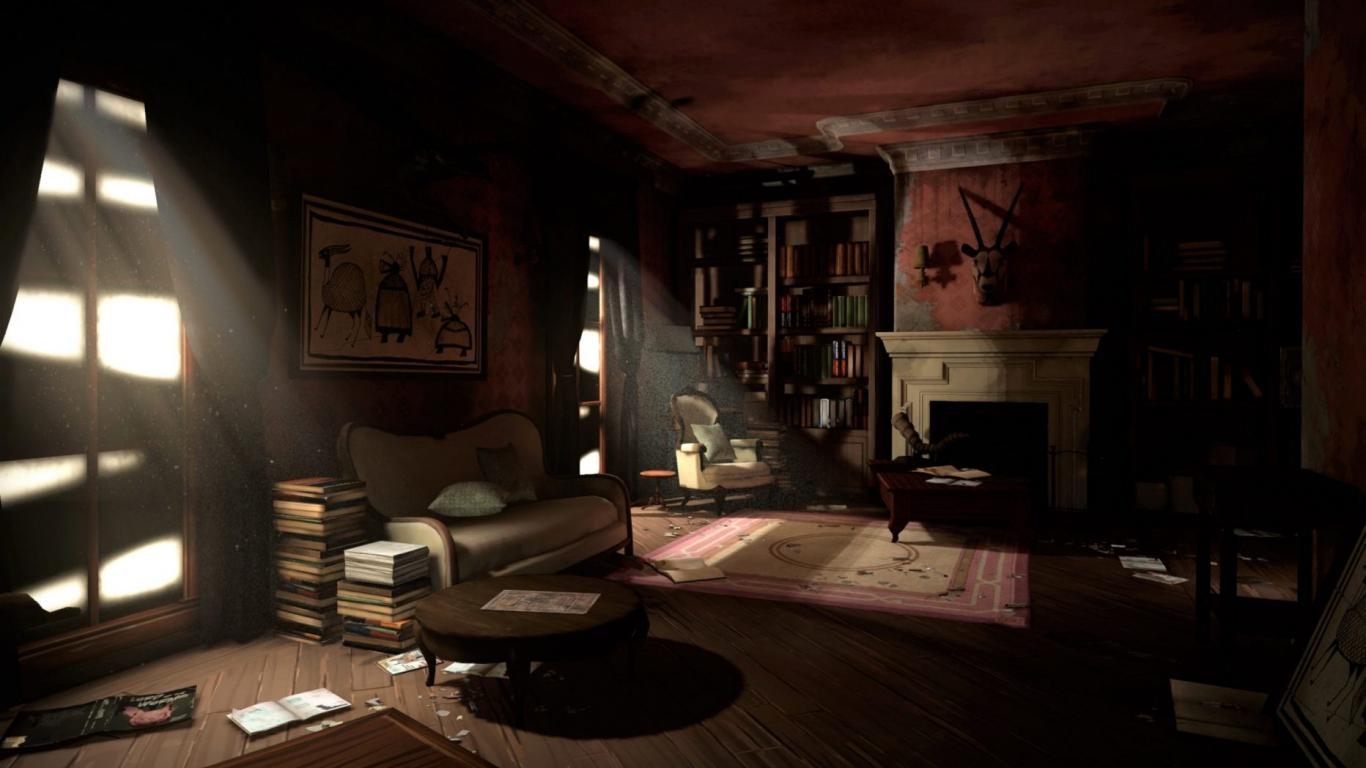 So far, it all sounds wonderful and, believe us, as much fun as The Walking Dead: Saints & Sinners doing in the Moment, in fact, no other VR-title – where so much light, there’s a bit of shade. The biggest Problem is the title we have addressed earlier, in short: the environments themselves. The city is great and allows us a lot of free space in terms of exploration, apart from new weapons and Items there is not, however, a lot to discover. It would have been great if the tours in the houses of other people would have a little bit of Story-delivered Content – for example, in the Form of diaries or letters, or Home Videos, which would have made the fates of the now undead population of New Orleans a little more personal. Also hidden NPCs, triggered Events and more that we had hoped for – unfortunately, all this remains. The fights are great, the Feel wonderful, depressing and scary, but very generally, one has then, unfortunately, but the feeling that the not Explore off the beaten campaign and mission paths is not quite worth it – if it is only to bring so many of the Walker on as creative way as possible – this time, hopefully, permanent – Beyond.

Also in terms of character development you realize that Saints & Sinners , in spite of vorgegau wine of freedom is basically quite linear, you get new skills to unlock – of is actually individualized or personalized Gameplay, but, nevertheless, could not be and speeches. After a few hours of play, every Tourist will have roughly the same skills and weapons. Guaranteed not a fun killer, but here was nevertheless playful is a little bit of potential.

Where, however, a lot of emphasis on individual adaptation possibilities was laid out, the graphics. Like any VR-and-white friend, is not a VR experience VR experience: Different Headsets come with different Strengths and weaknesses, each of which works with any game, the graphics performance (and card) of your PC can make for huge differences in terms of appearance and Performance, and – most important of all: Nothing ruins the Immersion so much, such as constant frame-rate dips. Fortunately, you have thought of everything and a whole list of graphic options provided, which you can customize completely your personal Setup. So really everyone has at home a reasonably usable System should come, at least 90 FPS in the case of a fair presentation.

In General, during the presentation of Saints & Sinners of effort. Apart from the earlier mentioned problems with overly often-used Assets, and some of the static Element in the environment, the world of the undead in New Orleans, pretty and – much to our delight – with a complete, consistently high-quality output of language. Really every NPC chatting, escape or screams with passion and lets the world of The Walking Dead a little more alive – or undead – act. The already acclaimed sound effects do the Rest, and the music stands out as a fantastic, under-painting, however, the Situation at any time suitable. 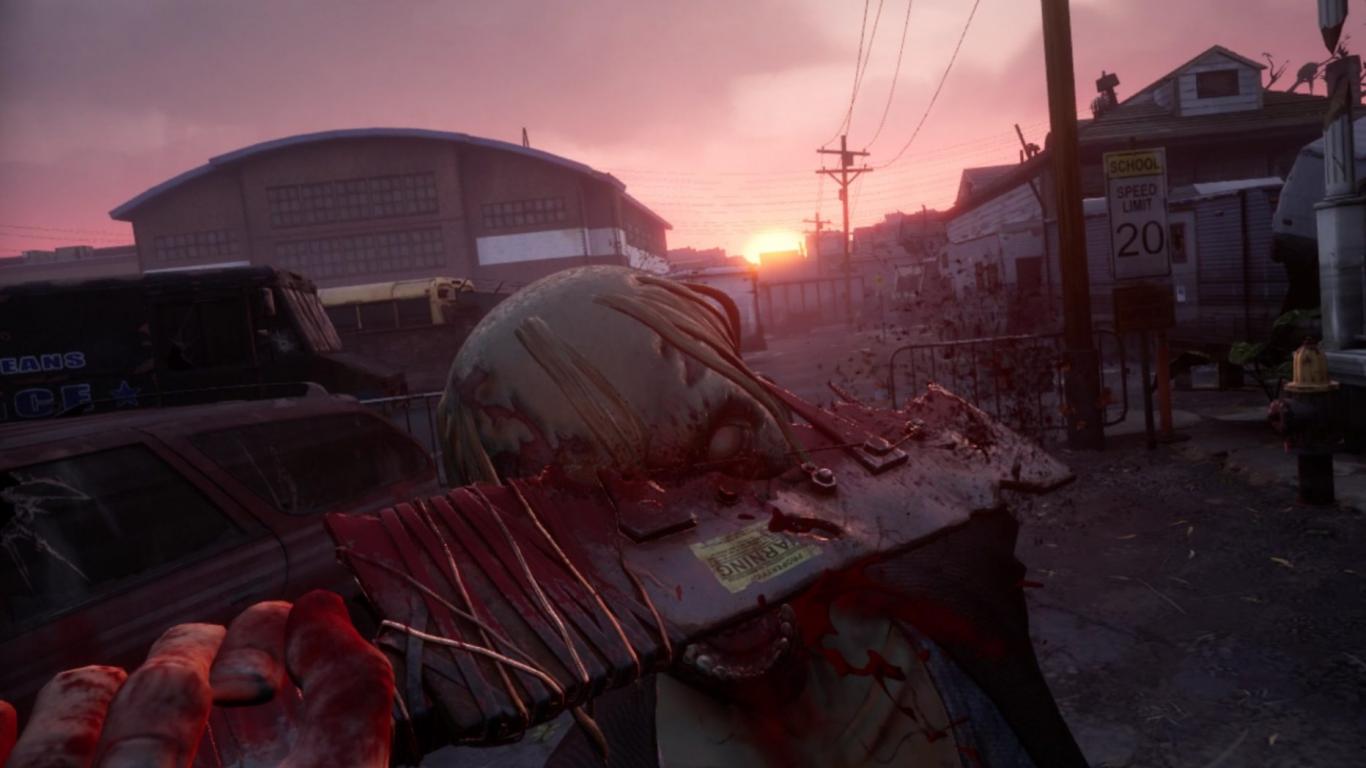 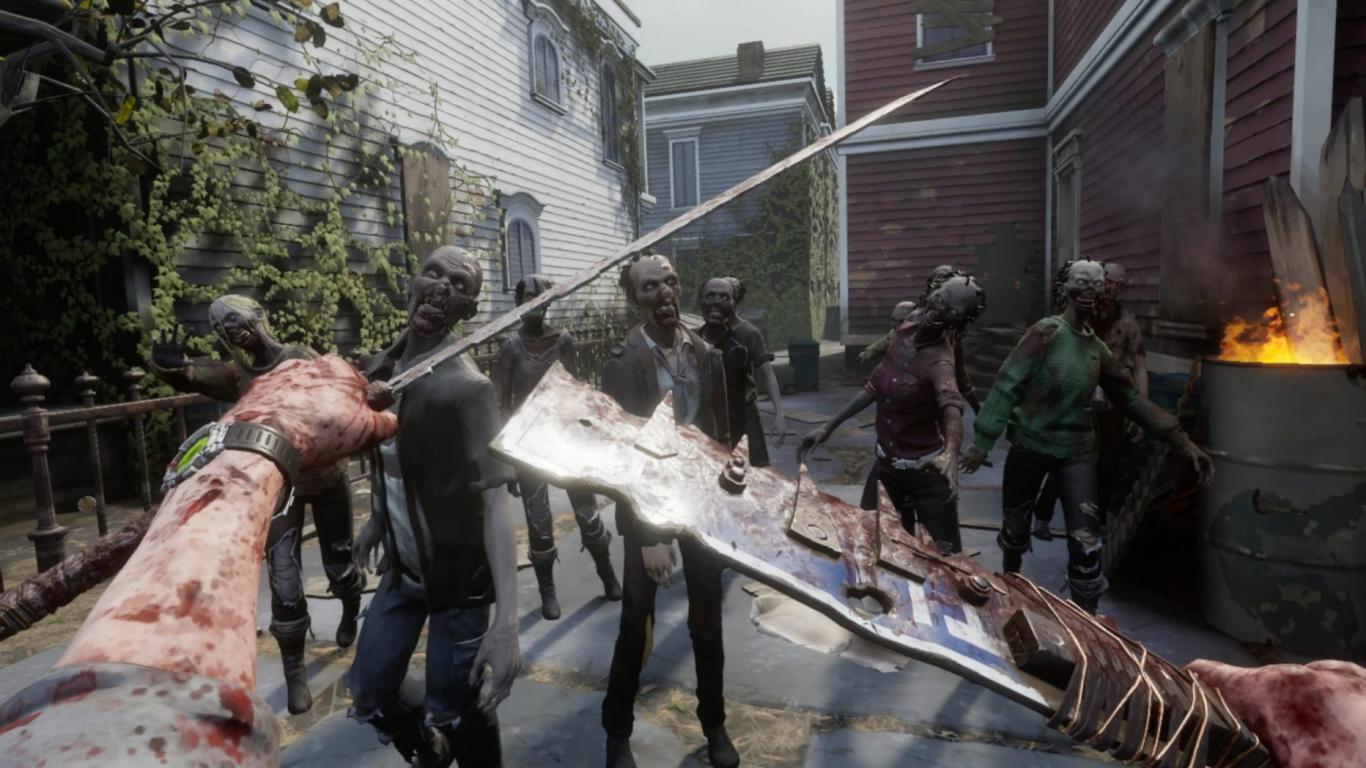 Zombies may slow more than out to be, with The Walking Dead: Saints & Sinners delivers developer Skydance Interactive but nevertheless, a really good reason, once again into the hordes of undead to throw. The combination of RPG and Shooter/Hack’n’Slash to go in terms of game fun full, which is mainly due to the versatile combat system, as well as the wonderfully creepy sound design. The freedom here is really your own Zombie experience Apocalypse, and thanks to VR so immersive and atmospheric as possible – fresh Wind in a recently very done to death Genre, and is only marred by the fact that for a consistently brilliant game, but then that certain “More” is missing from the hidden background stories in the numerous streets and buildings to more interactive objects to the own creativity of the undead to Destroy full-length live. The overall impression is clouding all of this but only marginally: From the Gameplay to the presentation, to the atmosphere The Walking Dead: Saints & Sinners consistently convince. Of us, there is high therefore two rotted thumbs.