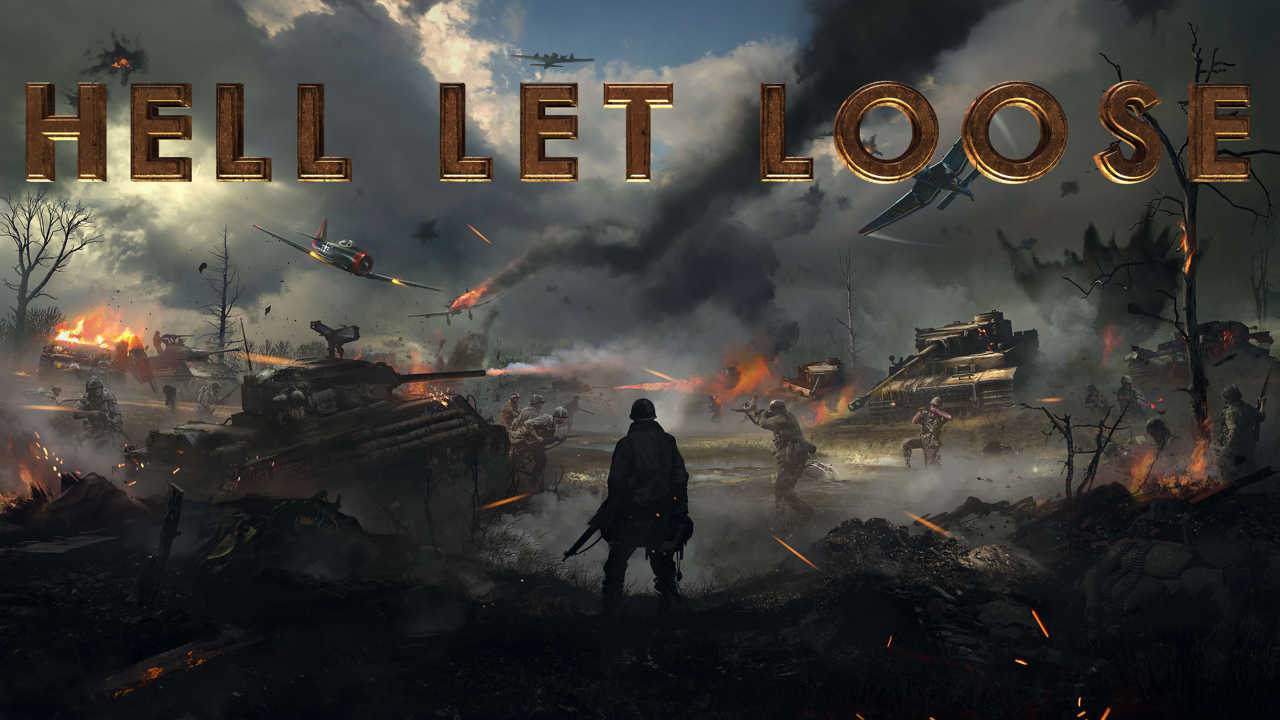 The games label Team17 has teamed up with the independent development team of Black Matter – and today announced that they are joining forces to create the authentic WWII shooter Hell Let Loose. The title will then enter the early access phase on PC at the beginning of 2019.

Hell Let Loose is a platoon-based, realistic multiplayer first-person shooter that plays during World War II and is created with the Unreal Engine 4. The game features 50 vs. 50 tactical battles in which players must coordinate to conquer sectors and resources to defeat the opposition and create an epic war on huge maps. Authenticity is the key – and players will experience the story with a realistic weapon arsenal and precise weapon behavior.

Black Matter, a development team based in Australia, Russia and the United States, has been working on the game since 2016 and has launched and completed a successful Kickstarter campaign in 2017. During the Early Access period, the team will work with the community to create the best possible multiplayer experience and update the game regularly based on feedback. A roadmap of the most important contents will be provided at the beginning of Early Access.

“Team17 has a long tradition of developing high quality and prestigious titles. They follow a philosophy of delivering a sophisticated result – which allows us to retain the special autonomy of an FPS like Hell Let Loose and is therefore an important factor in the collaboration,” explains Maximilan Rae, co-founder of Black Matter. “A title of this caliber is a big challenge for a small studio like ours, and we can now work with Team17 to deliver the quality players expect.”

“We’ve always said that our goal is to work with the most talented game makers on great games, regardless of genre,” says Debbie Bestwick, CEO of Team17 “Hell Let Loose has something very special for fans of simulation shooters and we can’t wait to put the game in the hands of the players. Black Matter created an incredible game and we were thrilled when we first came into contact with it. We know that there will be many fans of the genre among them. We are happy to support them not only in offering their fans the high quality gaming experience, but also in helping them on their journey there as a team.”

More information about Hell Let Loose can be found on the official website.