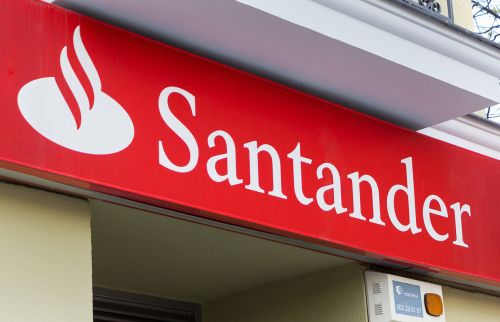 In the case of the issuance of a new bond issue, the Banco Santander has opted for the Blockchain of Ethereum. An important step for the banking world?

Blockchain as the future of the bond market?

Currently there are often rather young providers of financial services, and smaller banks that rely on the Blockchain. Now with Banco Santander from Spain, and a real Global Player, and probably one of the most well-known banks at all, a Blockchain-based bond issued, is an important Symbol. Maybe the Bank with their announcement to a kind of a pioneer for the industry. Anyway, the company informed prior to the weekend, to bring a so-called End-2-End-bond at the Start. The Bank recognizes the opportunities of the Blockchain as a link to classical banking, and digital currencies like Bitcoin or Litecoin.

Bank praises the positive qualities of the ETH Blockchain

As the technical basis has been made in the case of the Santander Bank, the Ethereum Blockchain the race, as it is said in the opinion of the Bank. The largest Bank of Spain is not secure, without question, a leadership role – not only in the Spanish home. The first Ethereum-based bond, the Bank brings it converted to an output volume of 20 million USD. The bond, as such, is not “should leave the Blockchain during the 12-month period”. At the Bank, it is on the individual Format, you can see here a possible secondary market in the framework of the “digital Transformation”, which is emerging these days on the financial market. For Banco Santander, this was a logical step. In particular, the company wants to accelerate the bonds-output, and more efficiency in the market.

Not the first crypto-partnership for the Bank house

Transactions for interested investors to be easier and more convenient. For the issuance of the bond, the Bank itself is responsible. The sale of the securities was carried out via subsidiaries of the Santander Bank group. The interest rate is how the issue of the bond is Token-based. As a main advantage, the Bank announced the fact that the settlement via the Blockchain of Ethereum to get along with less stations than the classical case of the output path. As a Partner in the Emission, it was decided for the UK service provider Nivaura, in which the Bank at the beginning of the year had invested. The Bank Santander is generally considered to be open for the crypto industry. So, the company relies on the Ripple as a Partner in payment processing.