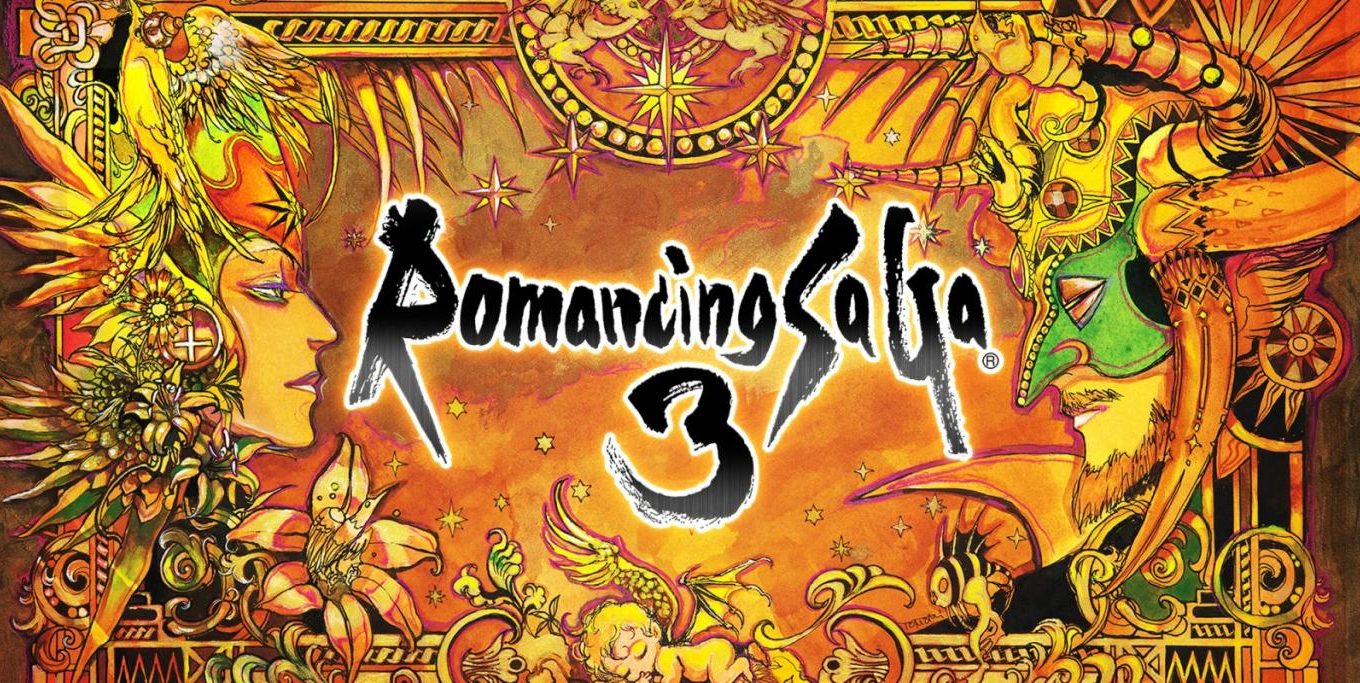 Long years ago, and since Romancing SaGa 3 for the first Time appeared – at least in Japan. With the Remaster of the popular J-RPG of a different kind is now finally in the West.

What kind of Story should it be?

Romancing SaGa 3 joins a number of series cronies, of which there are to us so far, however, only one managed to: SaGa Frontier 2, the for PlayStation (Yes the first) appeared. What to see in the USA and especially in Japan already for many years is known, there will be a Remaster Version of Romancing SaGa 3 in Europe, therefore, his debut: the genre-atypical Gameplay of the SaGaseries.

At start of the game your first, a total of eight main characters – four women and four men, and are allowed then the Quasi-sign of the zodiac, as well as the preferred weapon of eures stretching choose. The choice of the character is so interesting, because here is the first series Feature the so-called Free Scenario System is:. Depending on whom you choose at the beginning of the game, changes the way you experience the Story: Different characters for different scenes, while also during the whole game action certain events depending on who your main character is, or who is in your active Party, just a little different. Some Quests are even at all only with certain characters available. In other words: re-factor game enormously, even if the Story of the title is due to expire very generally by the way, and the real focus of the Gameplay is.

Also Genre-un, but the series is typical of the Skill Levelling in Romancing SaGa 3: Instead of fighting traditional experience points to collect, and then for Level-ups, worries, or at least Skill points to get your mood on your split up can, be here in the fight exactly those attributes and skills improved, you will actually use. At first glance, this makes sense – after all, you can focus effectively on specific actions and everything gets a slightly realistic Touch. Difficult the Whole, however, by the fact that you spend sometimes quite long in order to complete a battle after the other and use the same Skills to certain required values, and skills level up high. Combined with the throughout the not-too-easy difficulty level, this could deter some players, the you prefer loose – Gameplay-fanatics will have their joy.

Speaking of struggles: In Romancing SaGa 3 you can not only from a variety of characters to choose from, and you then in terms of Skills, specialize, also the combat system offers room for individualism: your active Party is in the game, up to five characters, with your in Fighter mode, either all self-control, or in the Commander mode, instead of a General fighting styles set are allowed, and only your main character really controlled. In addition, there are large-scale battles where your armies will send your warriors against the forces of the other side. 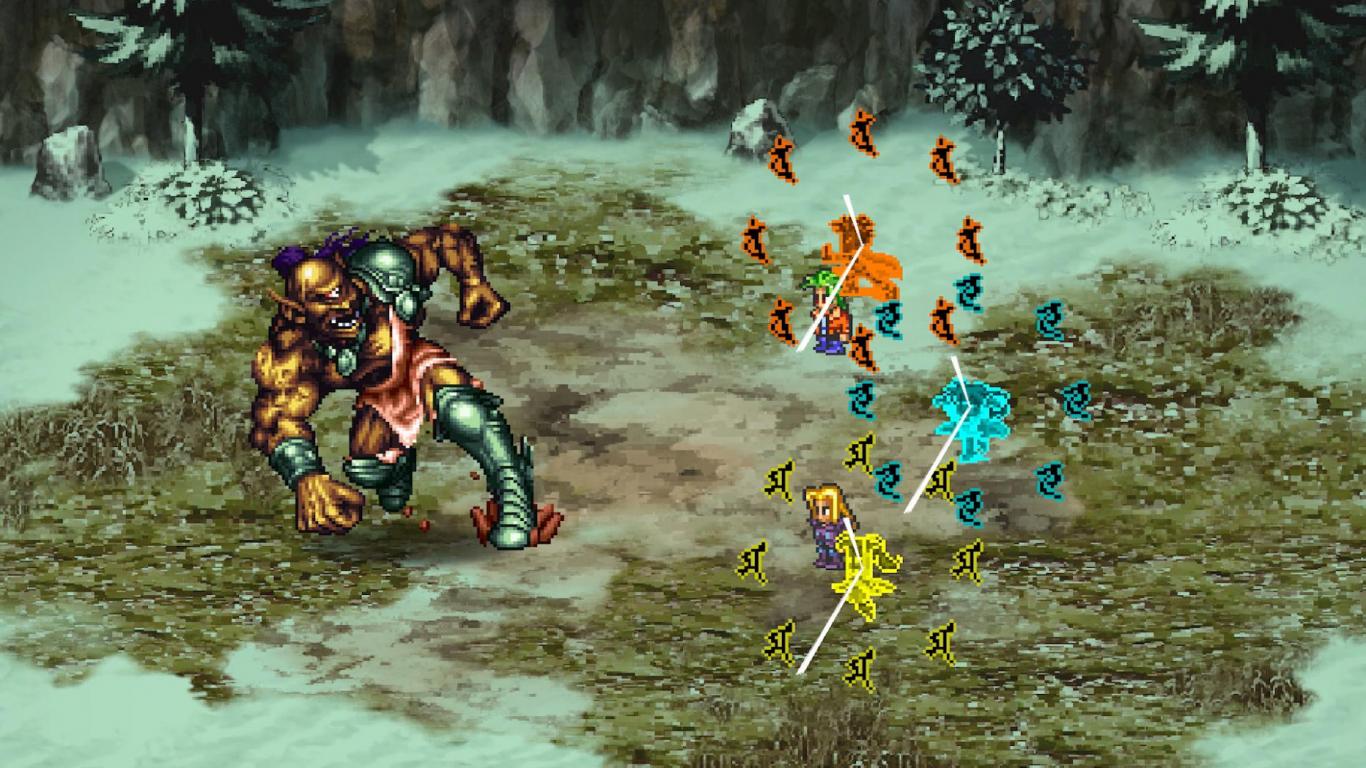 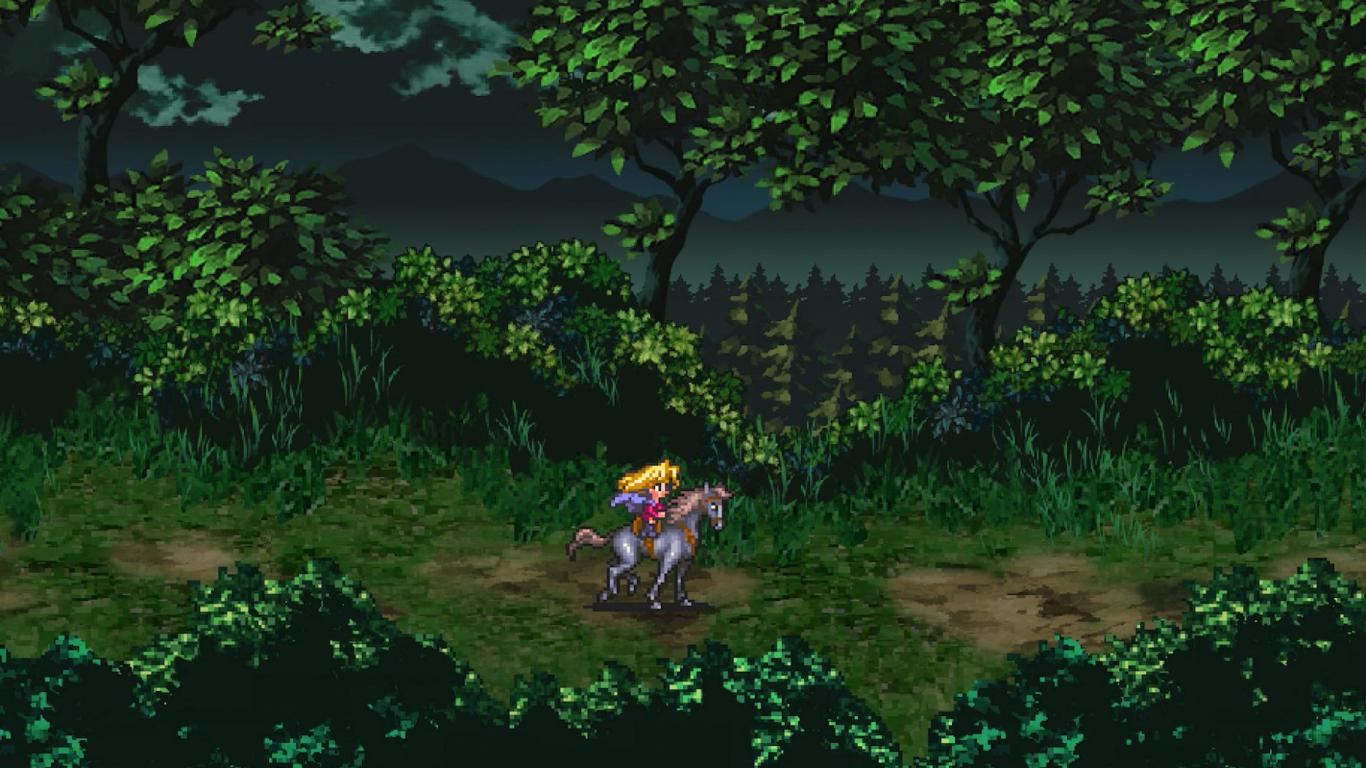 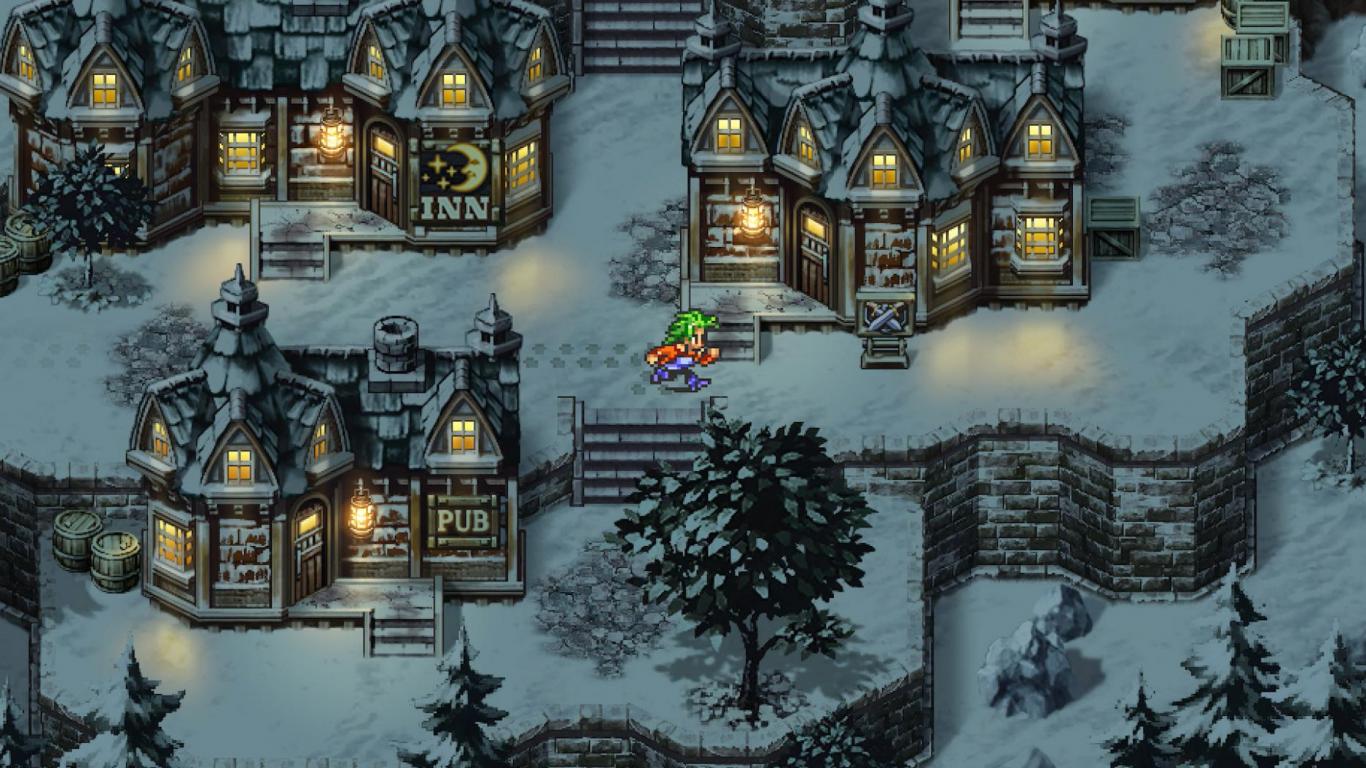 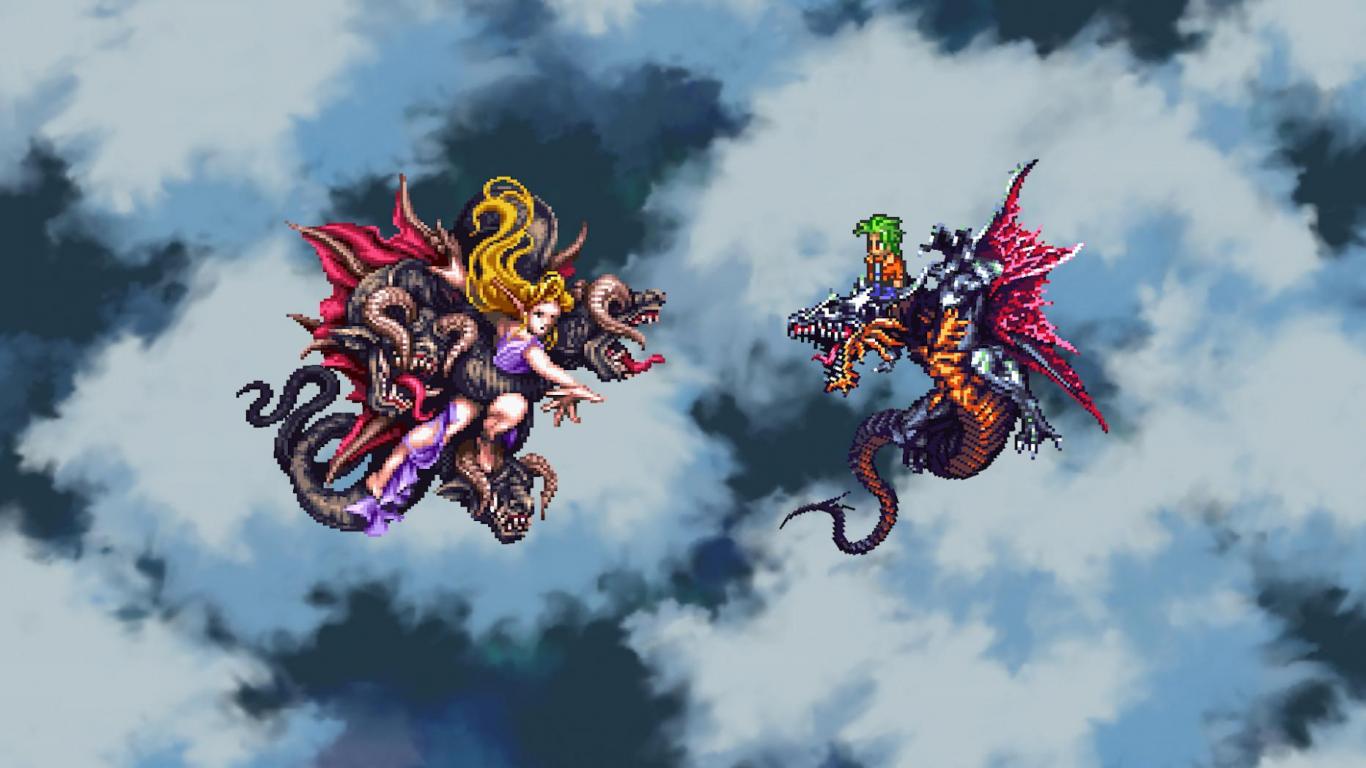 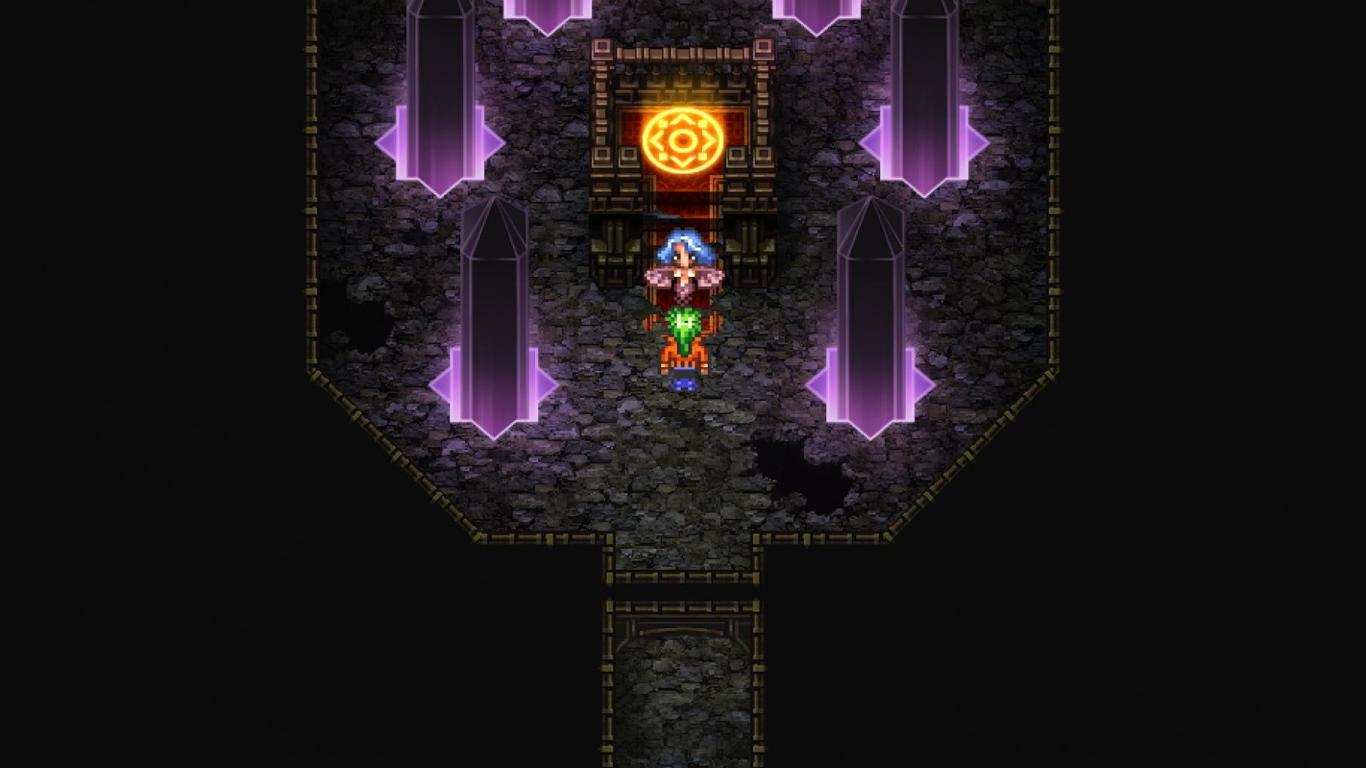 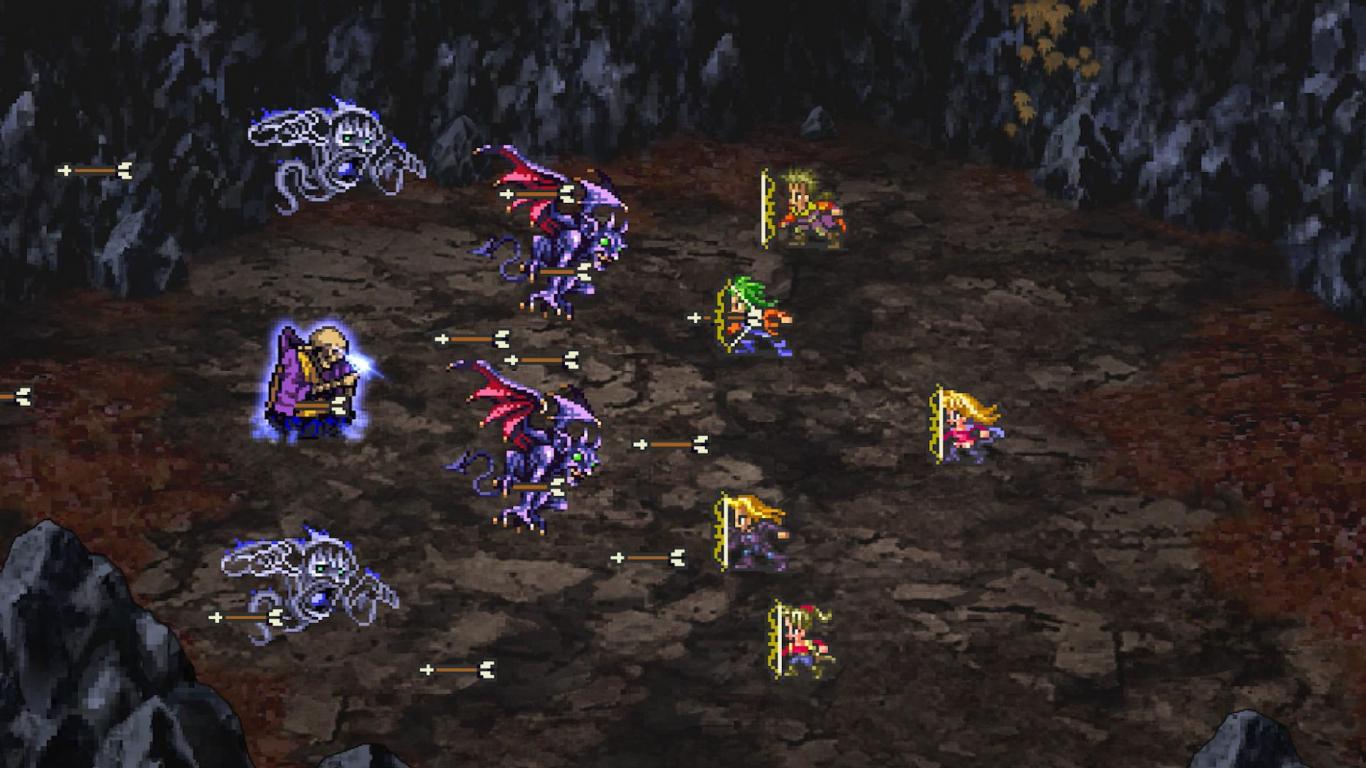 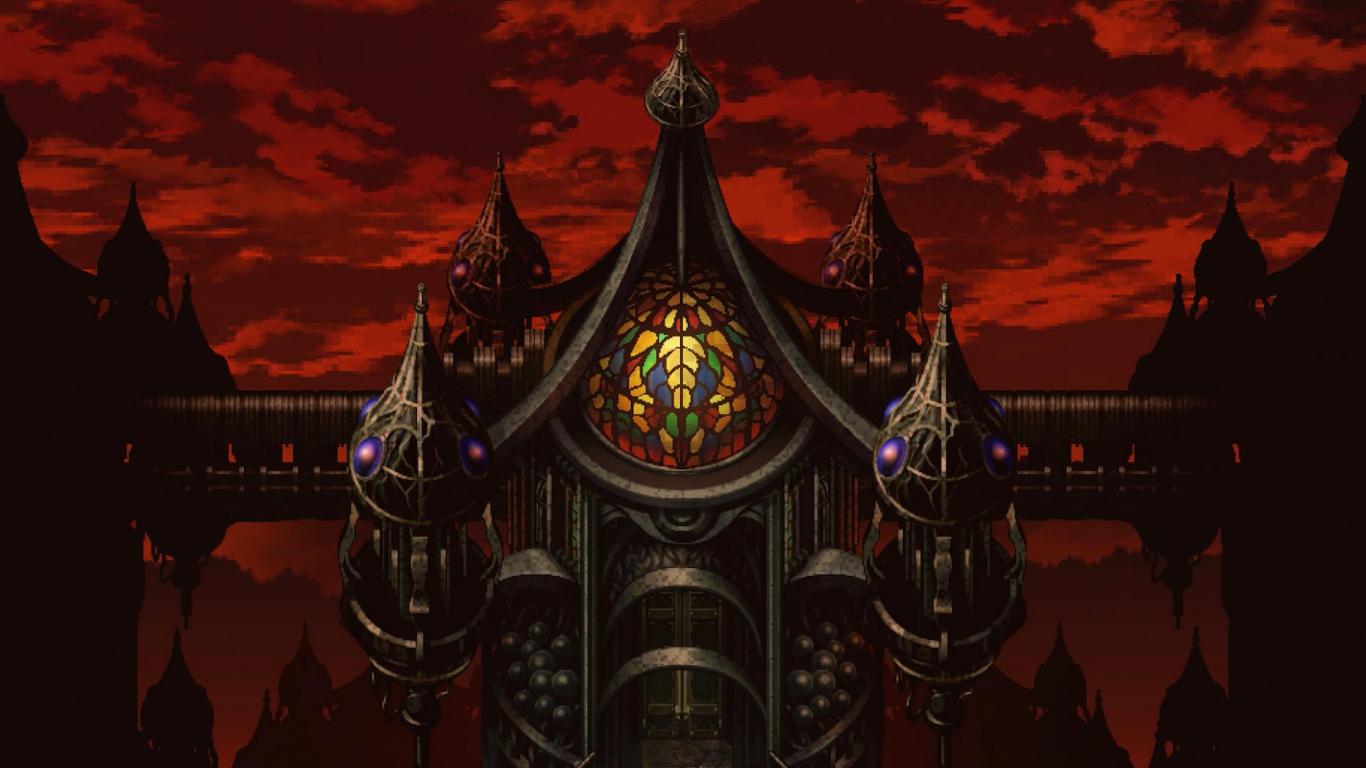 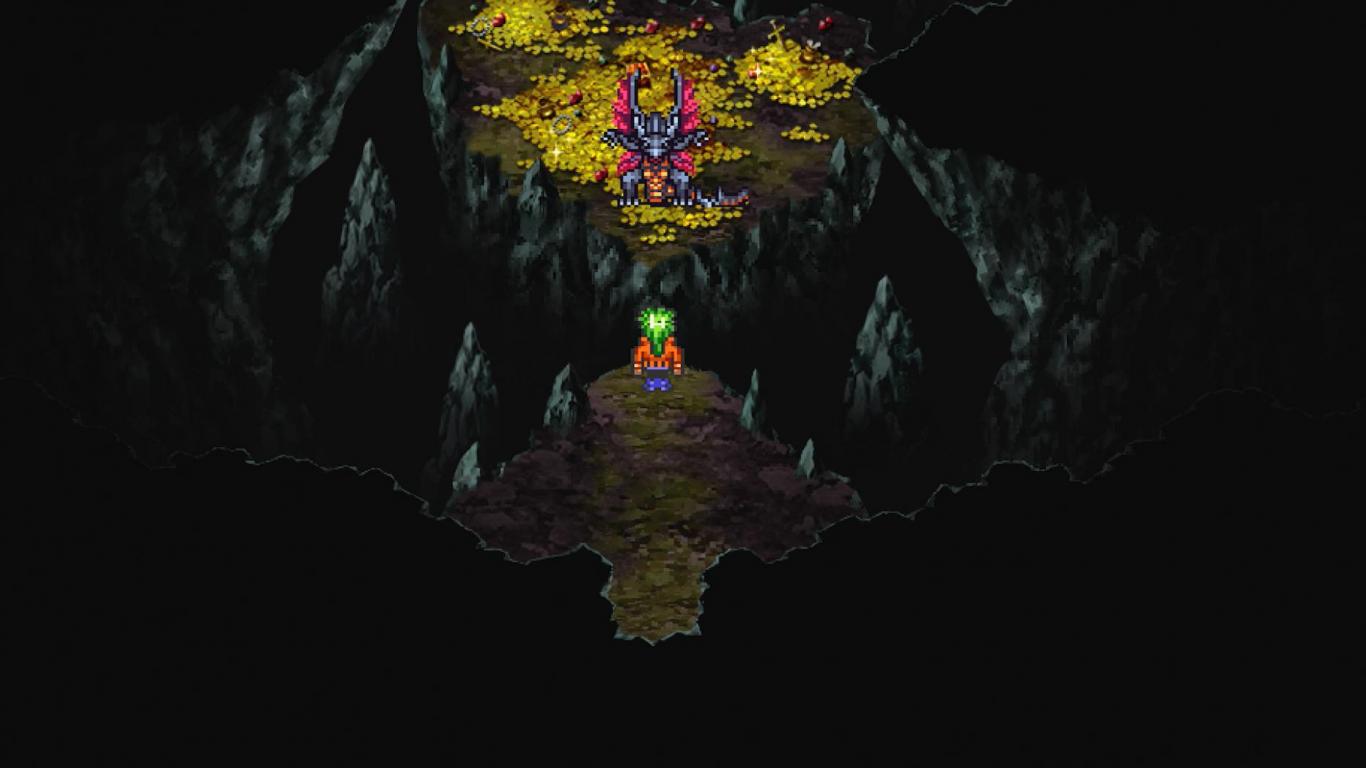 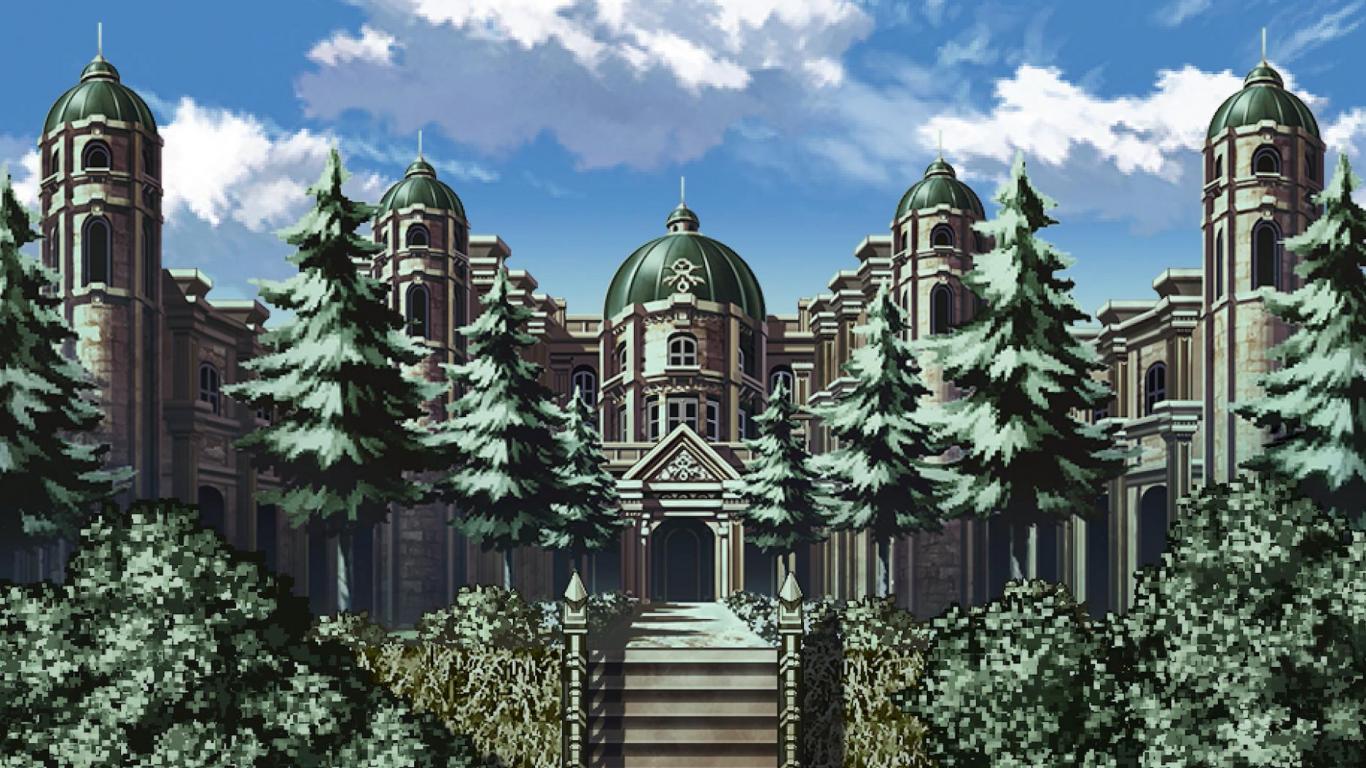 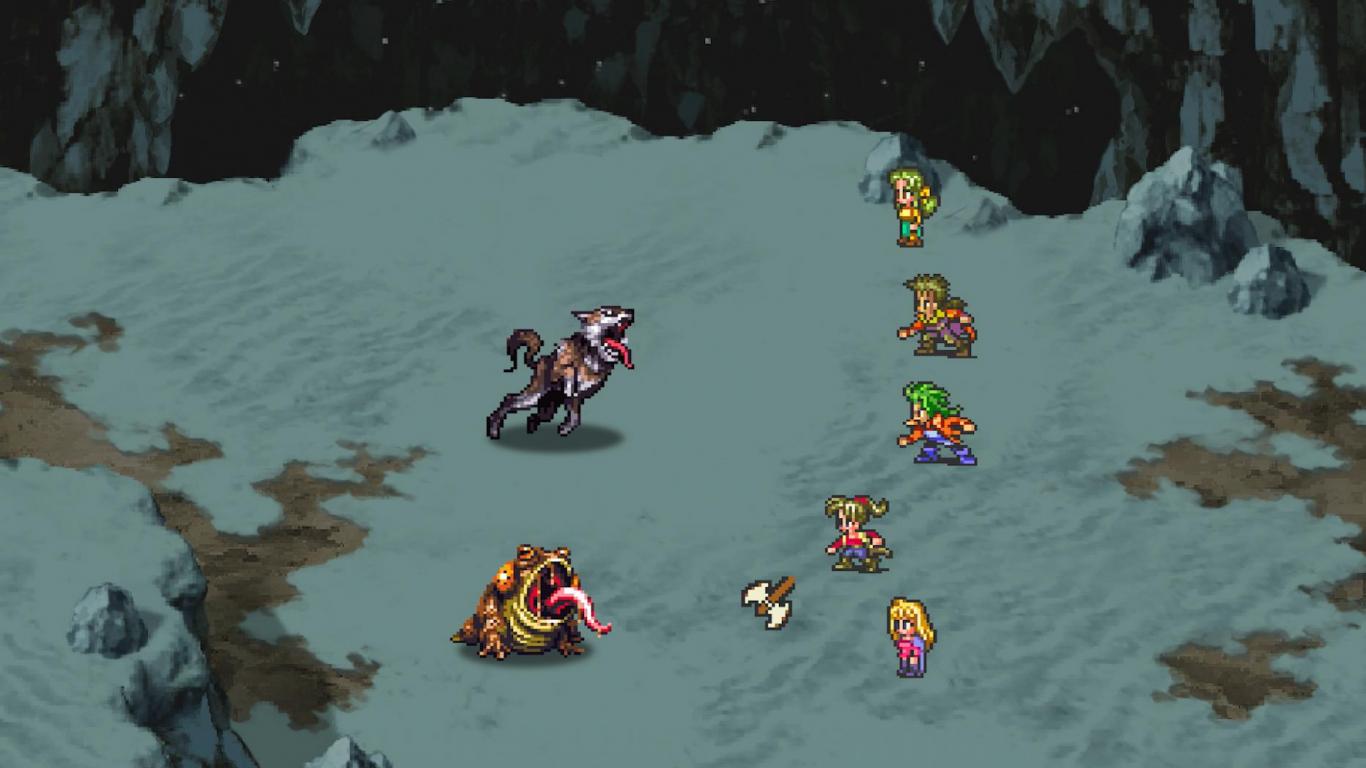 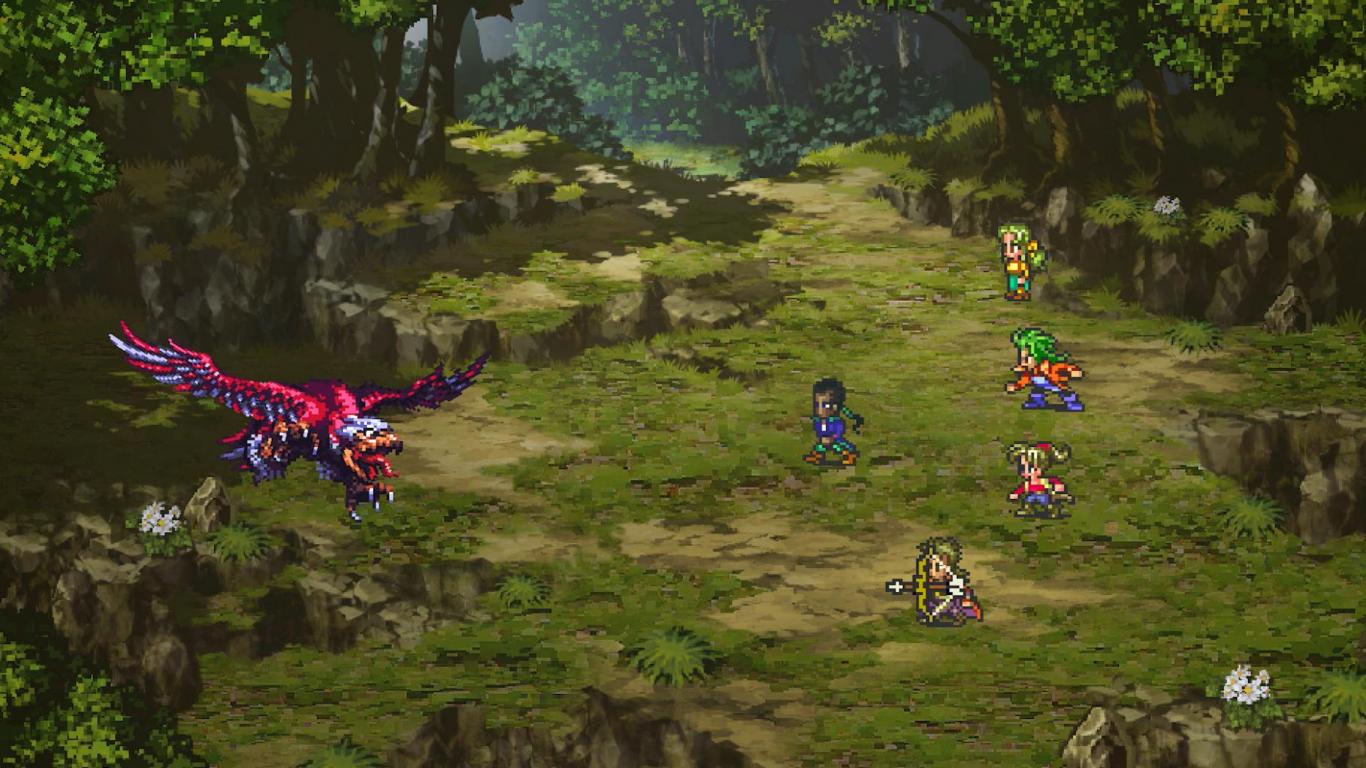 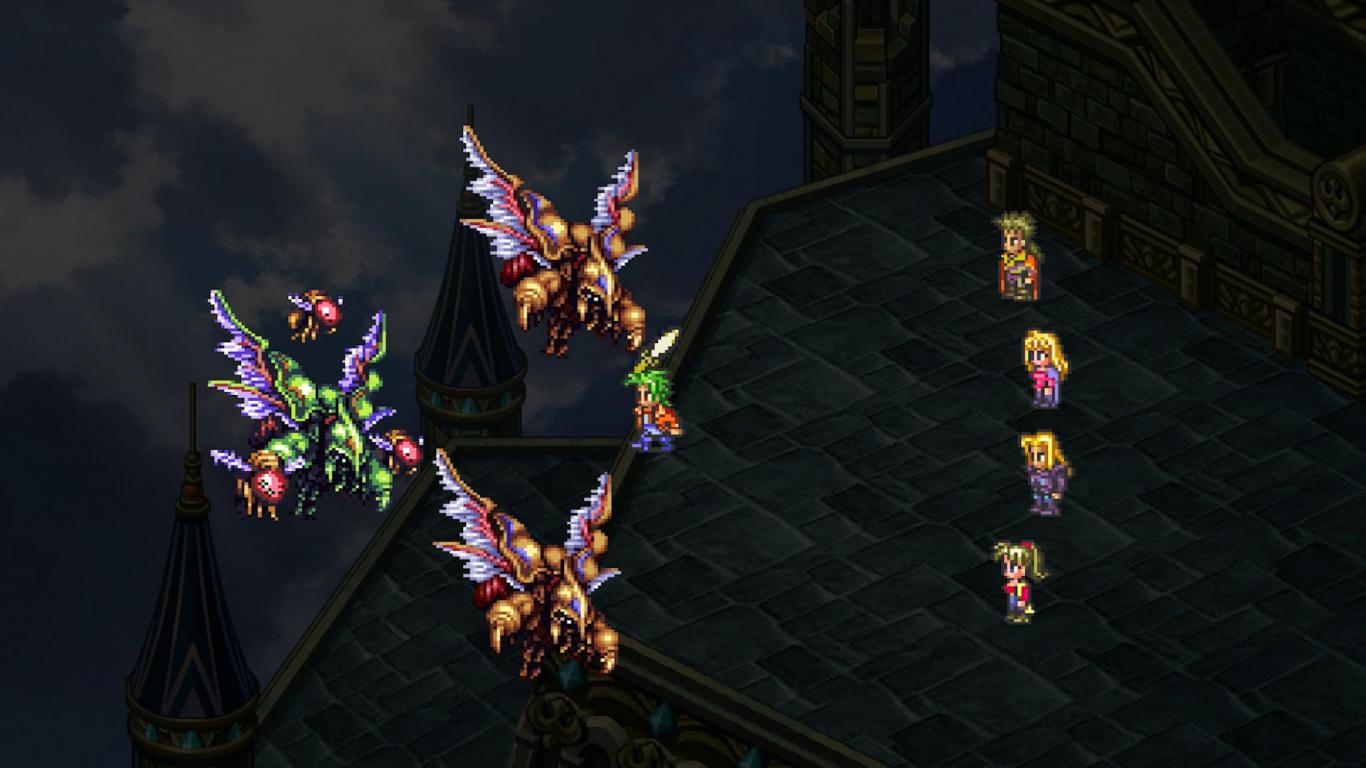 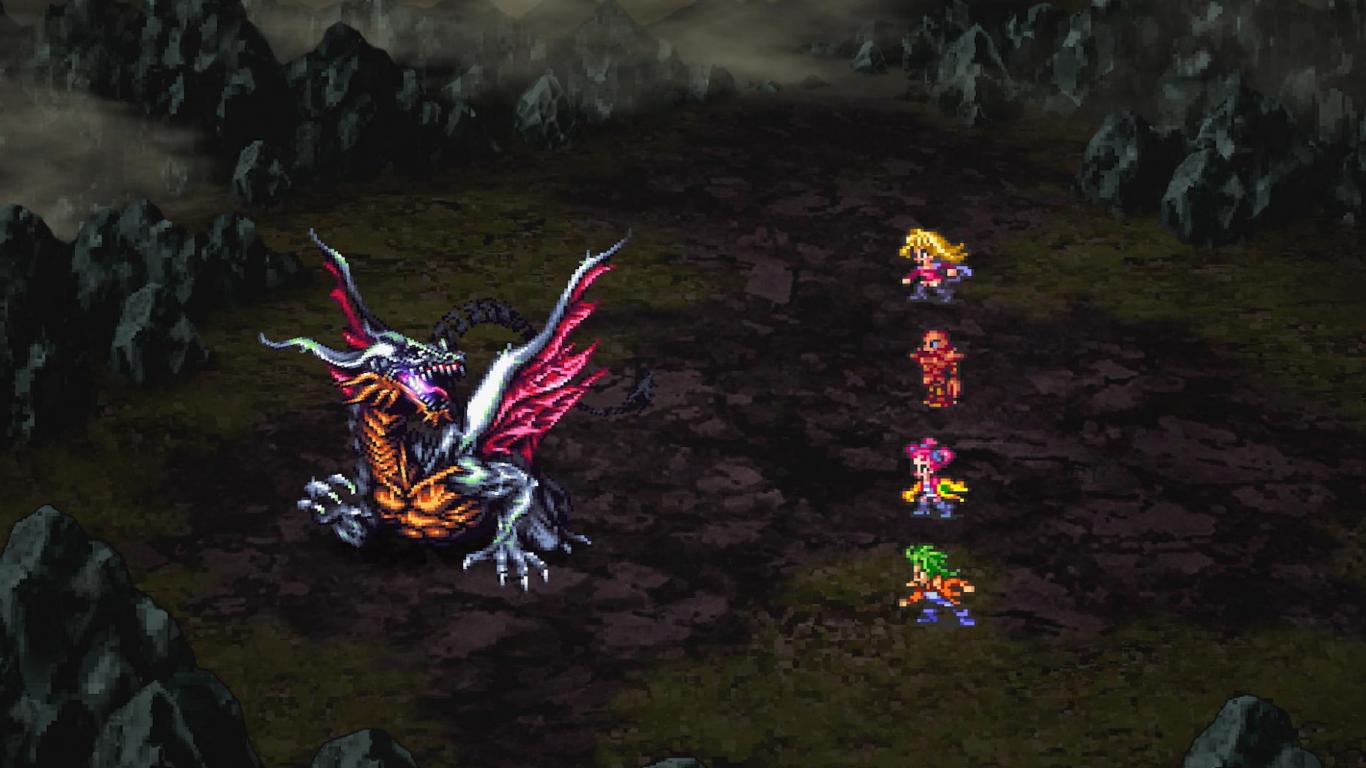 In a new guise

Typical of a Remaster, the new Version of Romancing SaGa 3 , both in terms of presentation as well as content of polished: The graphics got an Update, the Retro charm is still perfectly captures, but is still significantly prettier than the Original looks, the revised Sound can also be heard, and on top of that were the game, even new Story content added. His age may be Romancing SaGa 3 yet, don’t deny it: fighting shape, often lengthy, on convenience Features such as a Speed-up, unfortunately, was waived, and who, especially later in the game, not literally a thousand deaths to die like, you need in between again and again with Grinding Sessions to accept.

A positive effect was noted, however, that there is at least a New Game+ Option – do you want the title so to play through multiple times to see every Quest and every scene, you can take your things like your items and your money, your Skill Levels, all learned tactics, and more.

Remasters of old Games are always been one thing: no matter how good the game is his time and as much as you like Retro Games love, then you haven’t played the Original already at the time, and therefore, the degree of rose-tinted nostalgia glasses, dull the inevitable age weaken the fun of the game just yet. Romancing SaGa 3 has here doubly difficult: first, there was the title, in our latitudes, yet never and the nostalgic memory factor is thus entirely gone, on the other hand, the System might also be a little self-to player, the with Final Fantasy, Lufia and co. have grown up with the typical Retro Charms of the genre to pick up. What remains is a title that has today, as then, quite a lot of exciting ideas to bring, and thanks to the Remaster, technically at least, still to be seen, but at the same time only a small group of Hardcore Retro Fans will love. Who on Retro stands, complex Gameplay than the density of the Story and the happy times other than the typical Final-Fantasy-and-co. gamble would like to, however, can safely access.