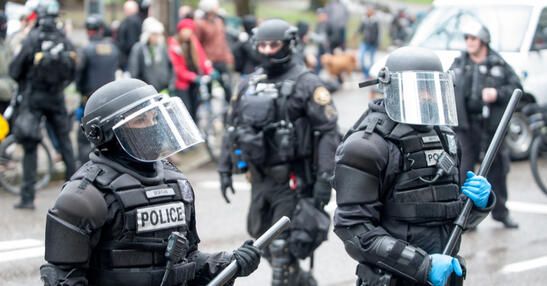 The crypto-currency crossed the resistance level at $ 10,000 only 15 minutes after the speech of US President, Trump

Bitcoin has yesterday broken the level of 10,000 USD. He rose in only 30 minutes of 9.895 USD 10.429 USD in a new wave of volatility at the Daily close. After a week in low-and middle-9.000 USD-the area managed for the crypto currency to break the psychological resistance at 10,000 USD. The Coin dealer is convinced that you can take advantage of the optimistic of the Situation. The said price increase occurred just 15 minutes after a speech by the US President, Trump for dealing with the Law and order situation in the country.

This crucial milestone for Bitcoin can be seen against the Background of the conflicts in the United States as a result of the death of George Floyd by police officers in Minneapolis. In many cities, there were violent protests and full blown riots during demonstration marches, looting of shops and a number of arsons in buildings. For the country’s chaotic week secured once again to the attention of the Bitcoin proponents who claim that the crypto-currency could be called in times of crisis, as a “safe haven” with credibility on the one hand, and as “digital Gold” on the other side.

The current jump in prices but also by the steady growth of the Bitcoin Futures market. Furthermore, the BTC price movement can be attributed to a strong supply of the daily trading volume on exchanges such as Bitstamp and Binance. The Coronavirus pandemic, in turn, is a factor. After the outbreak this is the highest price of Bitcoins since 13.02.2020.

It is the crypto currency to the resistance level of 10,000 USD managed to break through, after the Coin-in may have failed five times on the break of the descending trend line. Recently, the Bitcoin reached the resistance level of 10,000 USD on 7. May is only a few days before the Halving. The crypto-currency could not hold that price longer. The rate dropped after a few days in the area of $ 8,000 USD. Since then, the Bitcoin between 8.600 and $ 10,000 was moved, until he has broken yesterday the resistance.

Values of crypto-currencies, such as the EOS, Cardano (ADA), Bitcoin, Cash (BCH) and Litecoin (LTC) notice of price increases of over 5 % recorded in the last 24 hours. However, it remains to be seen whether the Bitcoin can keep the resistance point of $ 10,000 is long enough for a solid support and Aspire to higher levels.