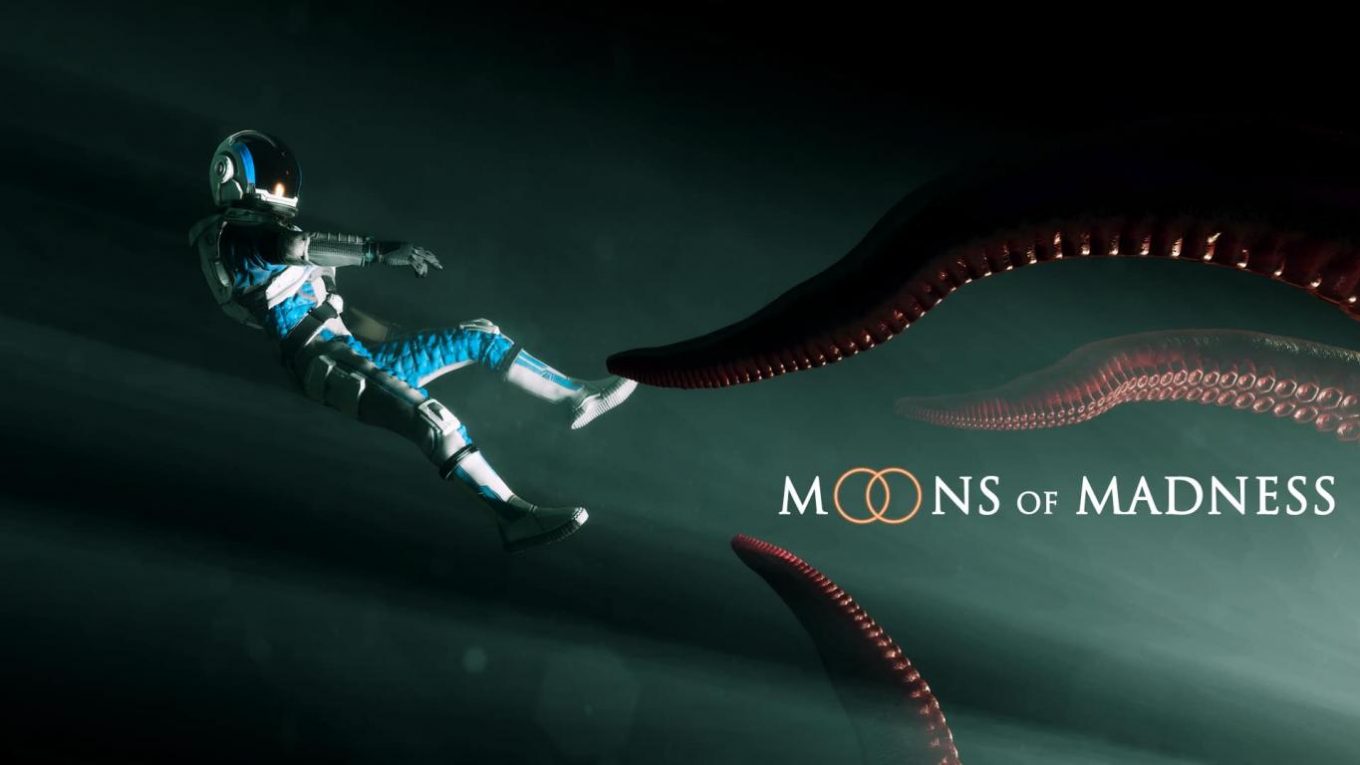 The diaphragm, which separates the reality from the madness that is highly fragile, and sometimes a tender touch is enough to rip apart all of them. A fact of which Fans of the great H. P. Lovecraft for a long time, more than aware of. In the Survival Horror Moons of Madness will of the engineer Dr. Shane Newehart his own experience with the Evil of the do. The Trip through the cosmic hell, is another Game under a variety, which the myth of the Great Old one has to be inspired. It stands out but with its Sci Fi Setting from the Legion of its kind, and can convince with a strong Story.

The engineer, Dr. Shane Newehart is part of a secret Expedition to Mars. On behalf of the science group’s Orochi, he and the Rest of the team to find out whether the dead celestial body is suitable as an alternative habitat to earth. To answer this question the reason, be made under the hostile conditions of the red planet, experiments on animals and plants, samples for analysis are collected, and the extracted data to the earth sent. Over a longer period of time, it seemed to Work in the Trailblazer Alpha, the Name of the research station, run smoothly and the announced reinforcement for the Team should arrive shortly. But then the complications pile up: systems fail, an exceptionally strong storm hits the planet’s surface, and the crew is collectively plagued by nightmarish visions. Desperate, the technician is trying to limit the damage, but when rumors of a supernatural entity in the Form of a witch spread out on the base, suspects Dr. Newehart that in their research, a door has opened that would have stayed for the best sealed. 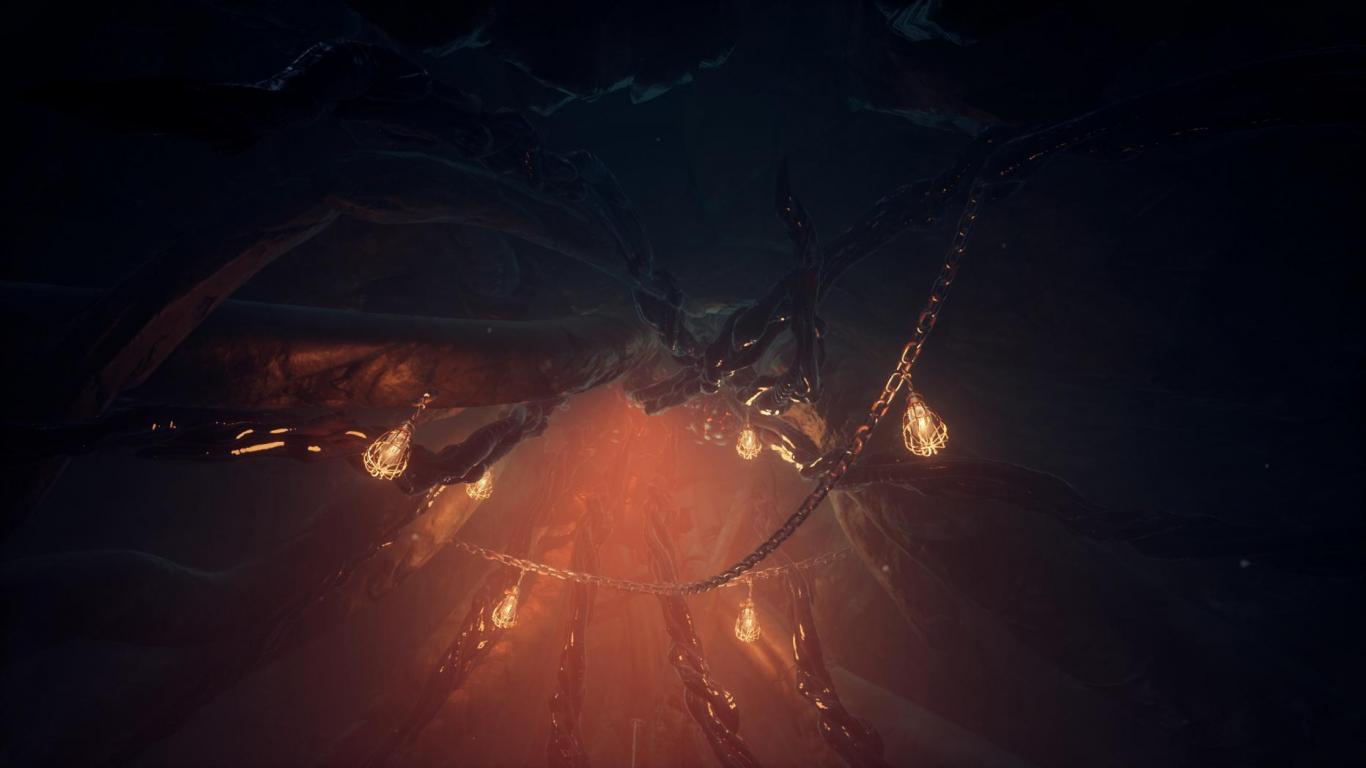 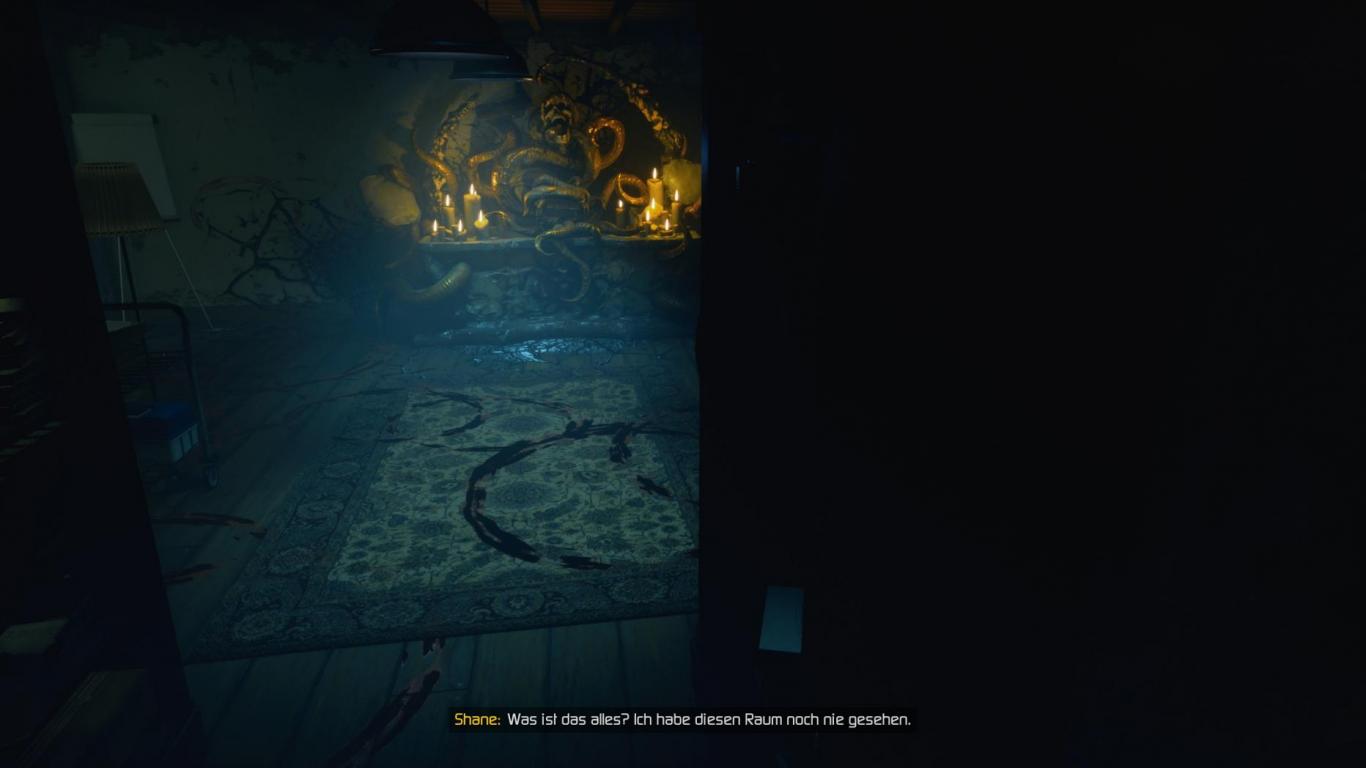 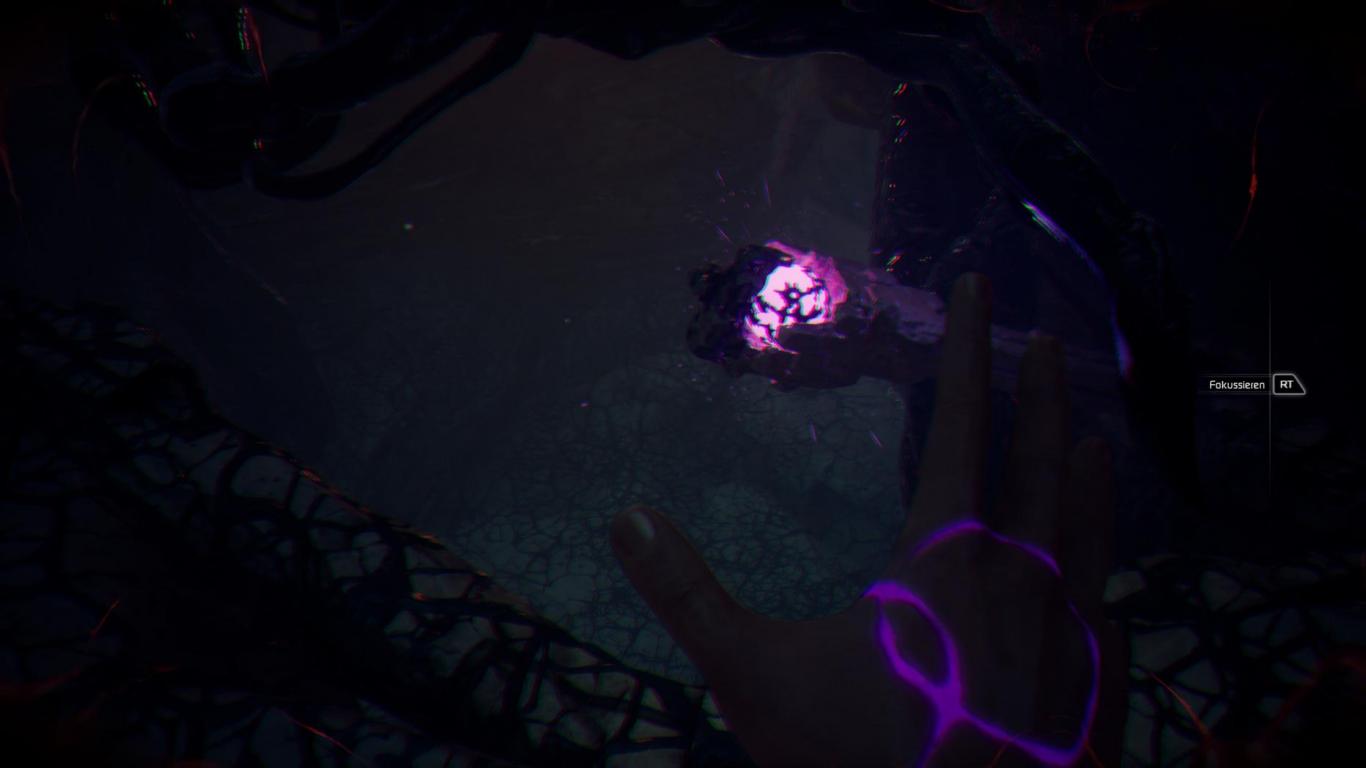 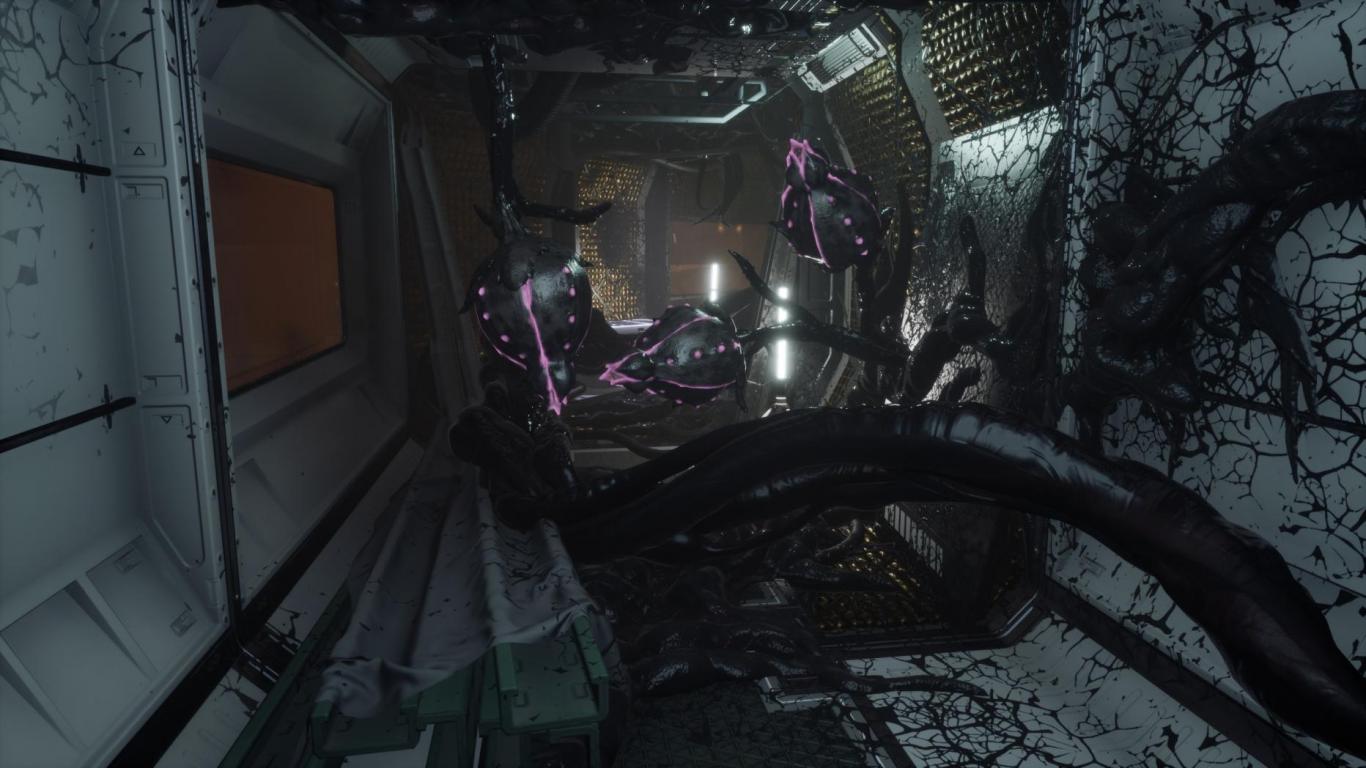 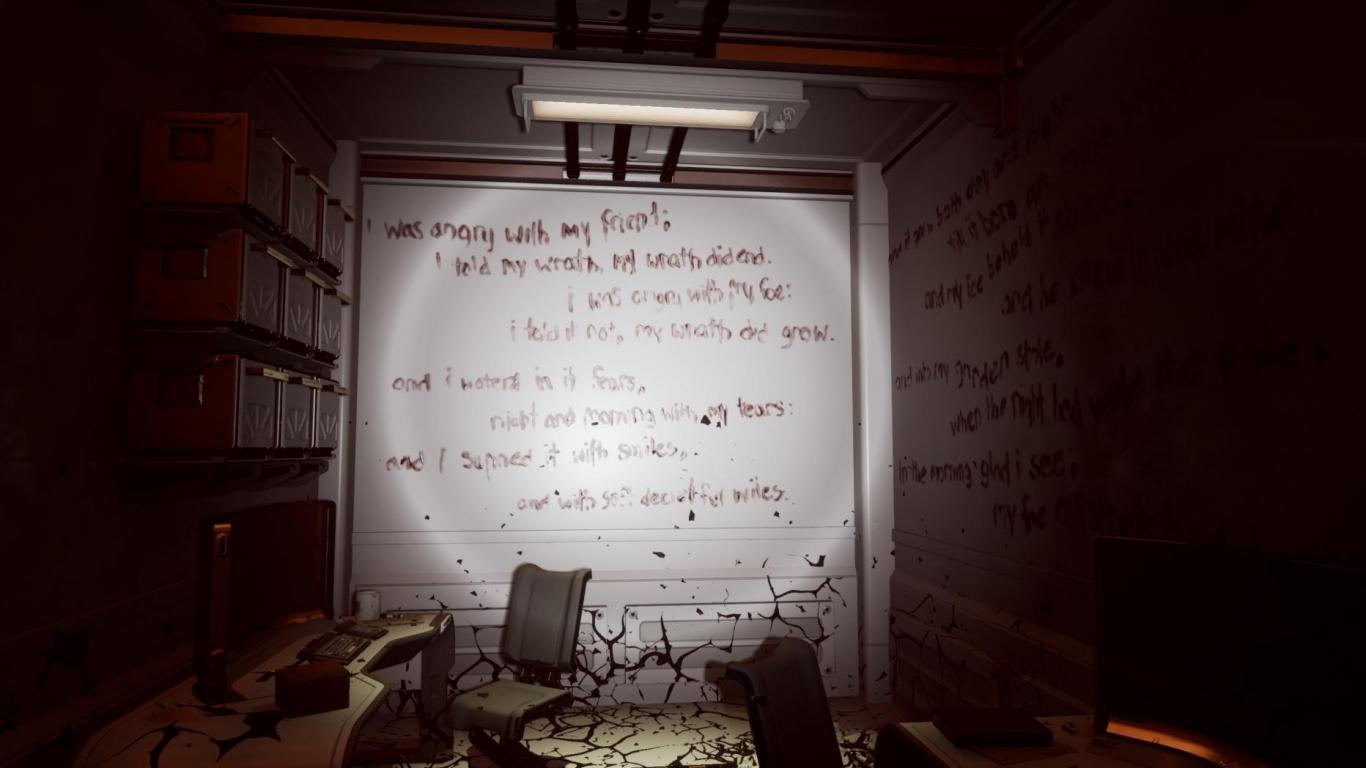 The heavy burden of Isolation

Moon of Madness is a strongly Story focused Horror Game. In terms of Gameplay, quite with a layer of Fear comparable to that brings it to us in this adventure in the uncomfortable Isolation of a dead planet. Accompanied by the pressure of permanent loneliness and fatal complications, we derived a witness to how the Protagonist more and more into the Depths of madness and his reality by disturbing visions by will. Dramaturgical turned out to be the Moons of Madness while Gambling as a real treat. So the Setting is designed in love, absolutely atmospheric and detail. Dynamic shadows chase through the tight corridors of the Station, broken screens ensure the ominous moods of light and the great mixed Sound is the icing on the cake of this wonderful presentation of horror. I could Moons of Madness with my System (more detailed information can be found in the Info-Box) at a very high level of detail, and a 2K image resolution at a constant 60 FPS to play. Only if it has been automatically saved, it came to smaller drops in frame rate. Also, the controls worked with the Gamepad properly.

In addition to the morbid of the mind, spawn is also very real threats to the life of costumes to us. It was the lack of oxygen on our expeditions on the surface of Mars, unforeseen obstacles or encounters with the results of our research. The Encounter with the latter, as well as the use of hallucinations are always scripted strictly. A fact which is not, however, as a Problem, since the set of Jump-Scares and Action sequences are well placed and never inflationary be used. Generally, we find Moons of Madness is very linear, so it is away from the predetermined paths is not much to discover. However, the streamlined staging, to do this type of Game, in my opinion, more than good. After about seven hours of playing time, flickered at me, the guy on the screen, and I had not had during the whole time the feeling that my experience would entail.

In addition to H. P. Lovecraft, has Moons of Madness from the Survival Horror classic Dead Space inspired. As Issac Clarke Dr. Shane Newehart an engineer with the declared main goal is to bring the Store back up and Running. Thus, most of the tasks in the Moons of Madness is basically the everyday life of a technician: maintenance work and repairs! In order for this not to dull fails, garnished us developer Rock Pocket Games those activities with some – surprisingly challenging – head nuts. For example, we need to draw energy from one point to Another. We are not allowed to exceed a certain limit. To find the right path to claim is quite full. Most of the time it is worthwhile, therefore, to search the surrounding area for Clues to a solution to the problem.

The Story of the Moons of Madness is written and is about dialogues, notes, objects, and computer records told. The H. P. Lovecraft created the cosmos is great rooted in the fact, however, the authors know their own Interpretation to tell its. 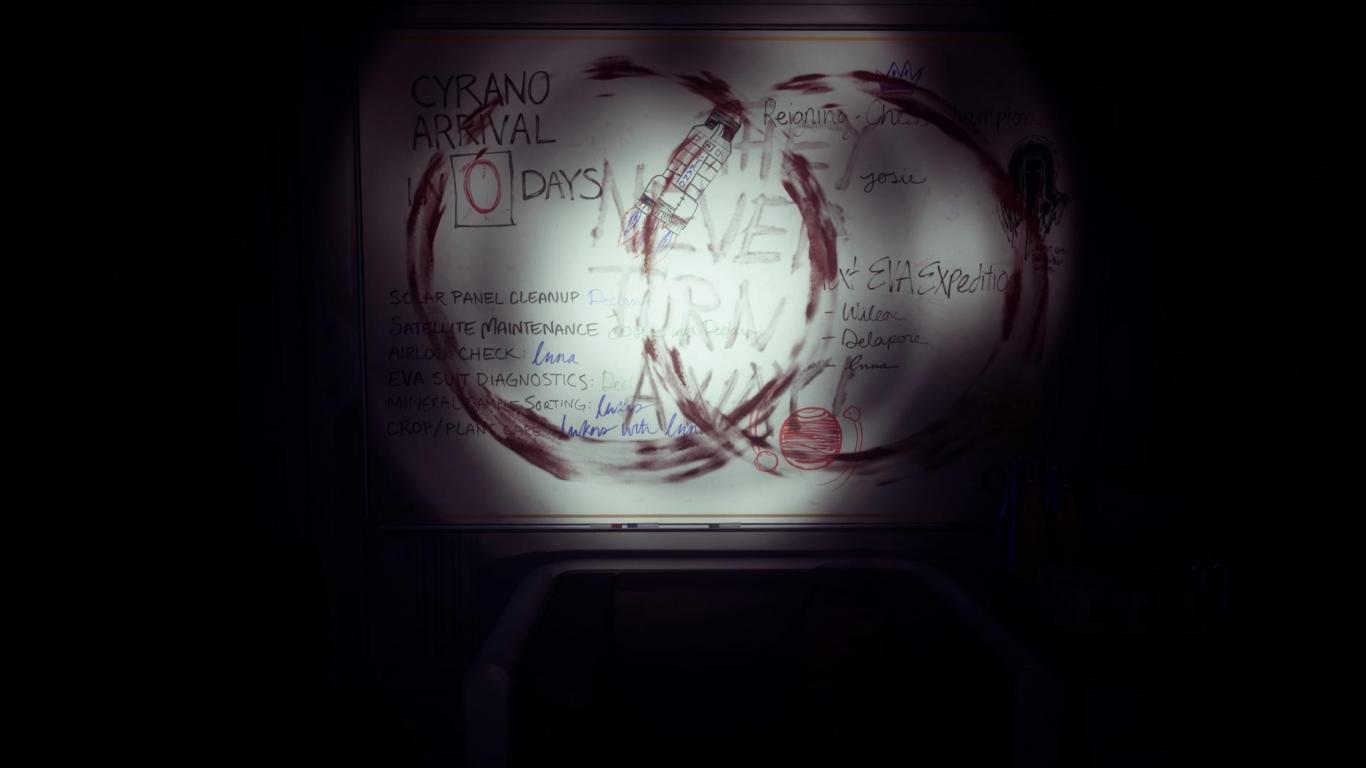 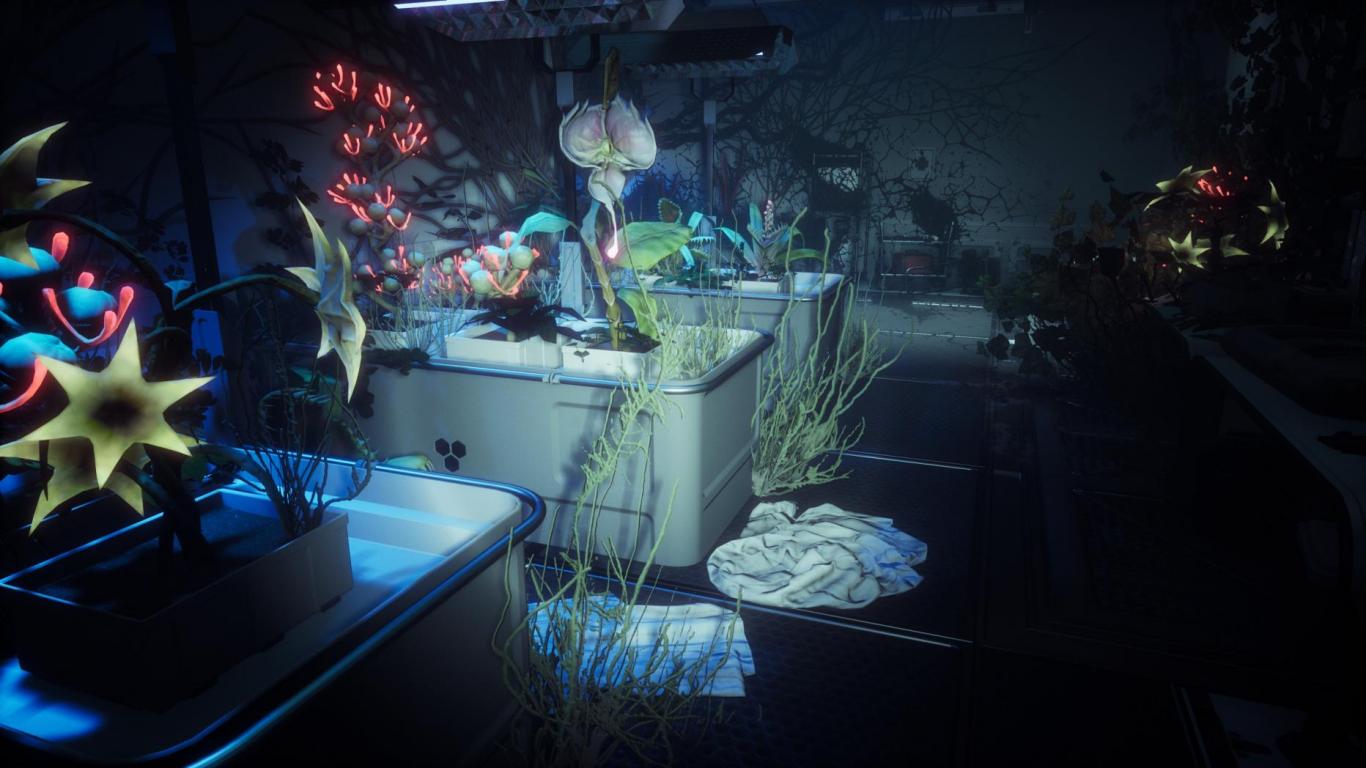 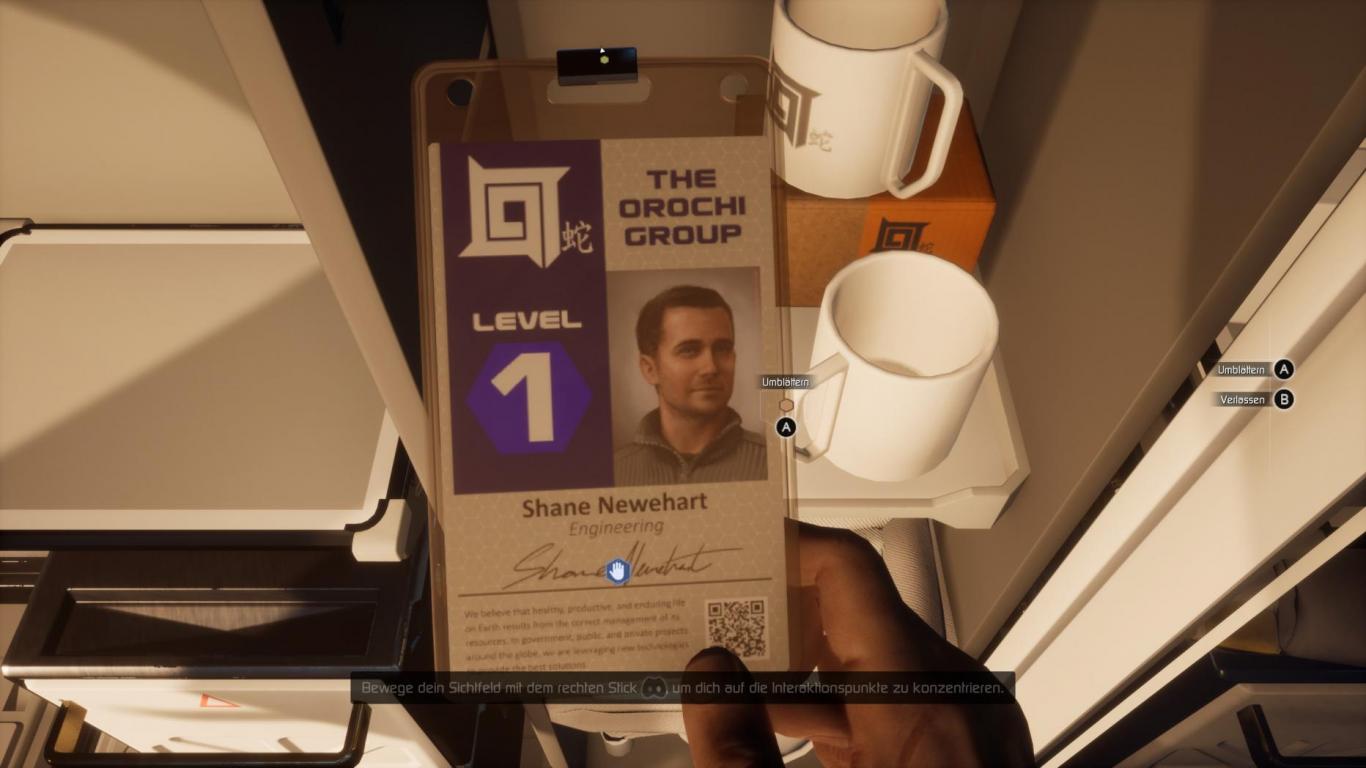 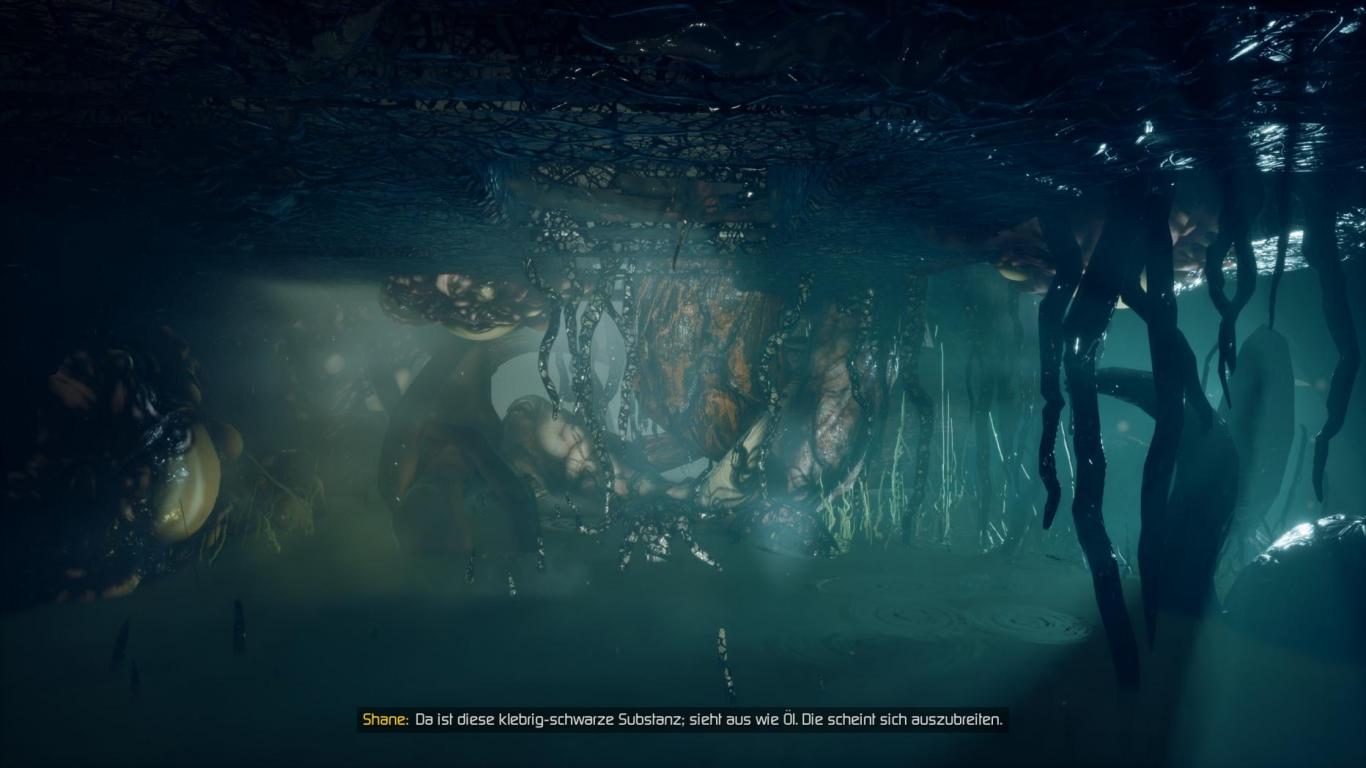 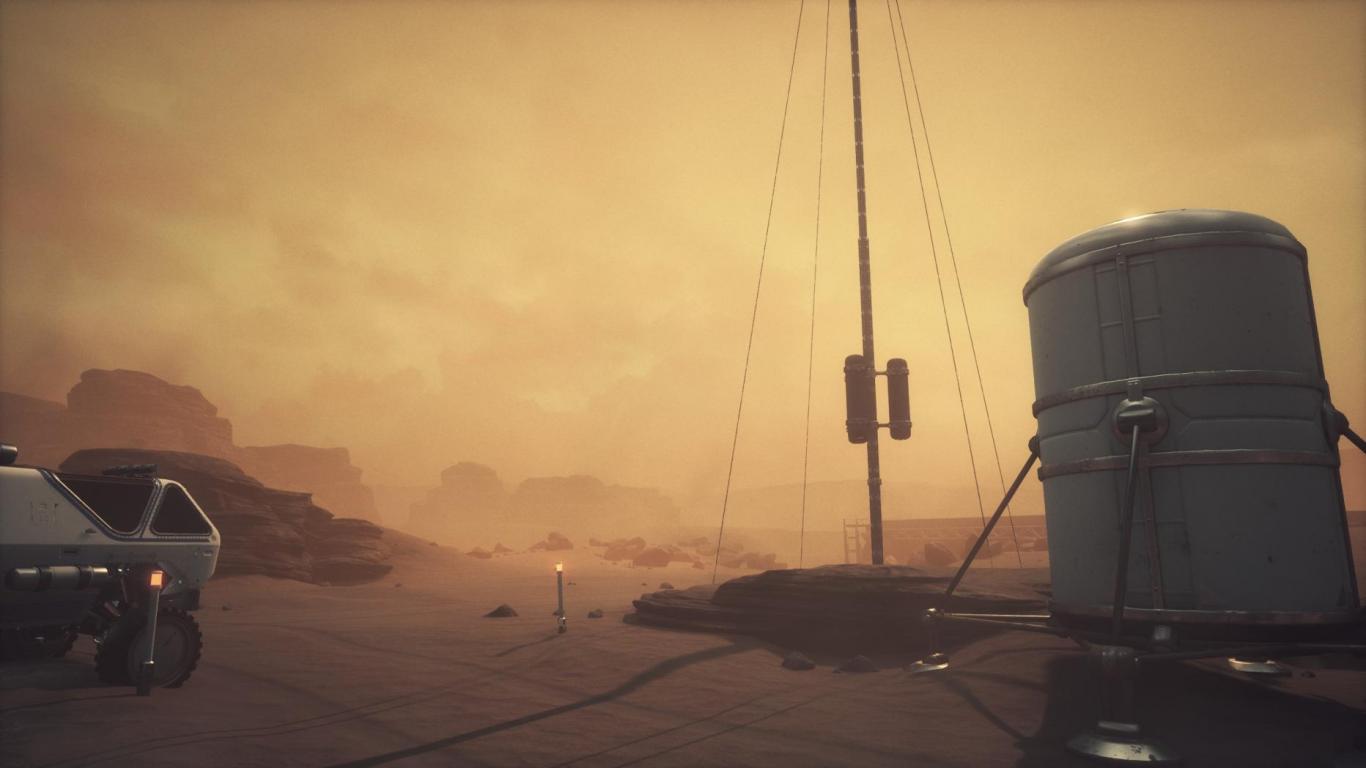 I liked the Moons of Madness very much. It is one of many of Lovecraft’s Horror, though-Games – the shoot, Yes, currently like mushrooms from the ground can lift but, thanks to its great Settings, from the crowd. But not only thanks to its scenario – Moons of Madness , a certain unique feature in the Genre. The excellent Writing knows how to convince on all levels. Dr. Shane Newehart has as a character a lot of meat on the bone. He has personality, Background, speaks and man responds to the action. Connoisseurs of Layers of Fear or Visage to know that these virtues in this type of game, all other than, of course, are. Even if both are great Horror titles, so you don’t more than the car same a Ghost train, and the character we play, is we enter into this. Moons of Madness works for me on this level is excellent, because I’m not just Worried about what horrors behind the next door lurking, no, I follow with the protagonists, and has a very unique quality. Also the story and Lore are fascinating. It builds sent a mystery, which is anchored in the past, Dr. Neweharts. As a result, I sat glued in front of the screen, and the previously mentioned seven hours during a night behind me, because I wanted to know what’s behind it. Moon of Madness is very captivating, but I am also creeped? No, but that was not the fault of the Games, but to the personal peculiarity. I think Space-Horror that’s cool and exciting, but fear, he makes me not. The managed to its time Dead Space not because it is this Happen to me too far from my own reality away. But this is not a shortcoming, I think, because Moons of Madness on many other levels for me to work. Fans of Alien, H. P. Lovecraft, or Event Horizon should definitely take a look. You will not regret it!