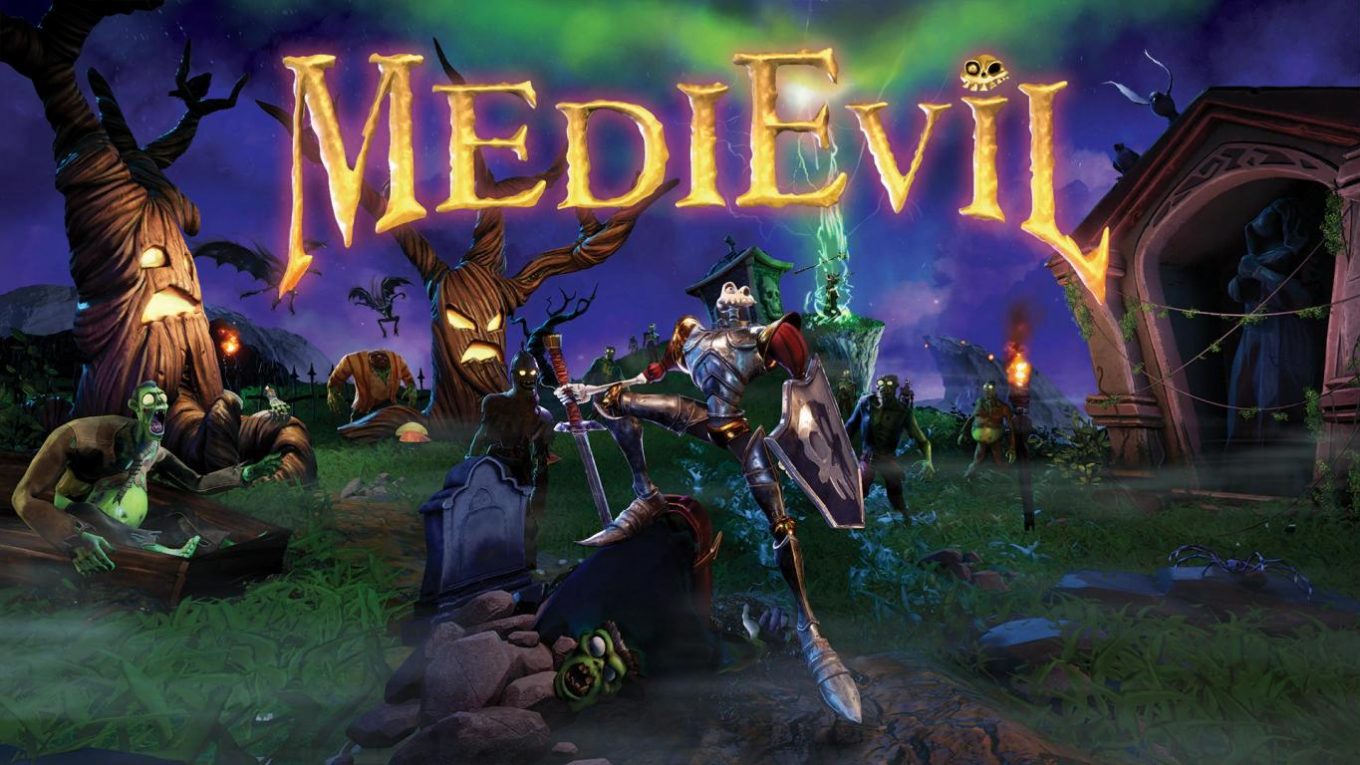 Almost twenty years ago, Sir Daniel Fortesque, of his character, the brave the skeleton knight, for the first time, the world of home consoles by storm. In keeping with the Season of Halloween we return now with MediEvil into the fictional country Gallowmere back. The contemporary world of the year 1998 has been received completely, and now appears in a completely new light!

Since MediEvil a true to the original Remake is, the story of the original adventure has not changed. Thus, slips of the players again in the shoes of Sir Daniel Fortesque – a skeletal knight, which is the Gallowmere from the clutches of an evil magician to free to. This has, in fact, during his lifetime, this is a notorious reputation – as the only brave knight, it already managed to be the evil sorcerer Zarok in a fight to defeat. In truth, died Fortesque , however, already the first arrows in the heat of battle, and found this a really heroic death.

A century has passed since then. Zarok tries again to wreak havoc on the country to bring. Short-hand is Fortesque , therefore, brought back to life – to be true to the tales once again, the evil wizard, the craft place. It is now up to us to defeat the evil subjects of the dark leader, and to prepare us, therefore, subsequently to the glory that is rightfully ours as well. This time, however, in an honest way! 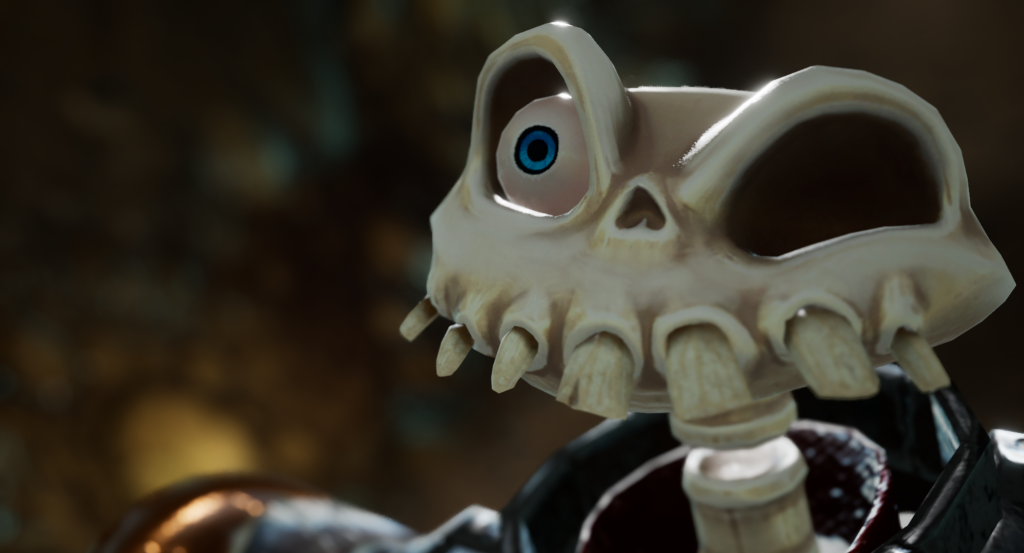 Sir Daniel Fortesque is ready to experience the adventure again!

An adventure with lots of Humor

The principle of MediEvil is easily explained. It applies to tearing by numerous hordes of demons and solve the one or the other tricky puzzles. On the way to the first demon group, Oh, it is: “. There is something missing. Where is my gun?“ A solution must be found, not by the subjects Zaroks overwhelmed to be – and so would be Sir Daniel Fortesque , not the fearless knight of the legend, he would not simply his own Arm as a weapon to use.

Because the Original shows MediEvil also in the Remake, with a lot of black Humor, which the players the entire game long accompanied. From the very first second the game is designed in spite of a gloomy presentation, really affectionate, and sometimes just funny.

Something new from something old – a game in a new guise

MediEvil looks in the new graphics just really incredibly good. The game was revived “from the grave out back,” and with completely new Assets improved. The colorful opponents range – be it alive, made scarecrows or evil pumpkins – Shine in the new layout even more than in 1998. The medieval-inspired Setting that looks not only on the 4K-optimized PS4 Pro beautifully, but also on a normal PS4 all along the line. The Whole is underlined by the perfect, evocative Soundtrack, and also the Voice Over of the characters is well done. So does, for example, our Hero Sir Fortesque as in the Original, actually, all the time just incomprehensible before. This does not, however, very to the rather dopey knight and gives him one additional Dose of charm. 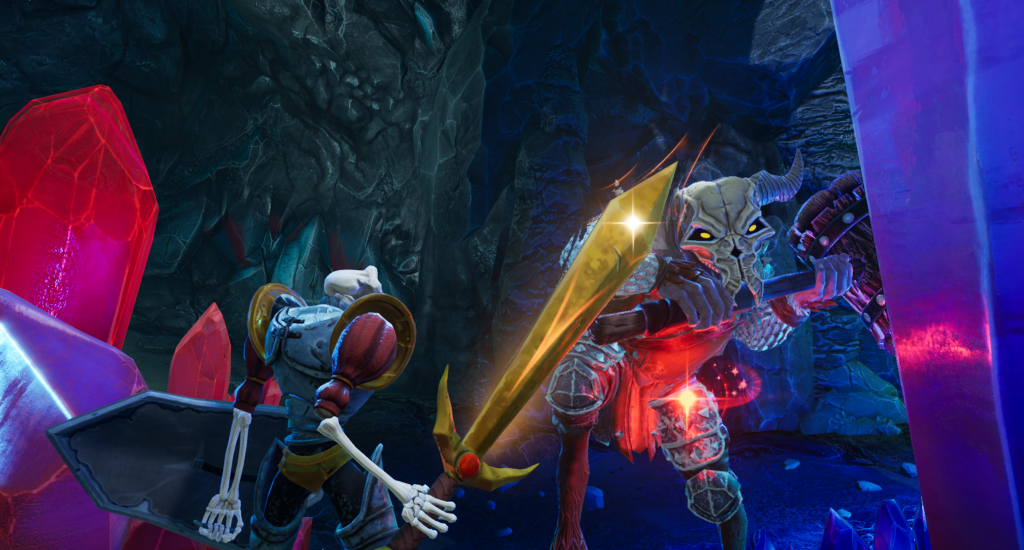 Powerful opponents from the 1998 return in a new guise!

However, no game of the years 2019 – Handling & difficulty

Although the game impresses visually and audio point of view fully, it has however, small weaknesses in the Luggage. It may look graphically like a wonderful game of 2019er years, the game design is stuck in 1998 stuck. This is intentionally light so you would expect a faithful Remake also. I had, however, underestimated is definitely, how much I would get excited to play a ten-minute Passage in the game over and over again, because to me, the final boss makes up for ten minutes again and again Even. Here there are no save points right before boss room, or other “Quality of Life” adjustments, as is the case with some other current Genre representatives.

This is here to weight. So MediEvil in spite of the cartoonish graphics at all easy and the difficulty increases steadily. The levels are challenging and crisp, and also require some strategy. Because even though you start with the Arm, is obtained in the course of the game, a huge Arsenal of skills and weapons, between which you can choose – and should! It often takes a few Attempts until you can see what kind of weapon against the enemy is effective.

MediEvil has really made a true to the original Remake on the legs to make. The title can convince with love full -, 4K-optimized graphics and the Humor does the rest, to captivate the player for hours in front of the local console. The only very sparsely distributed spawn points and sometimes difficult bosses, in which you can, in seconds, the temporal blessing, but yet for some frustration moments. This happens especially then, when you have mastered, for example, the regular Change of the own weapon properly. I can understand if this weakens the Motivation of some players, especially in the first early hours. After some time you get the hang of, however, and who the teeth bite together something that will be rewarded with a number of really fun hours of play and beautiful graphics.

What is MediEvil? The true-to-original Remake of the eponymous adventure from the year 1998, exclusively for the PS4.
Platforms: PlayStation 4
Tested On: Version 1.0, PlayStation 4
Developer / Publisher: Other Ocean Emeryville / Sony Interactive Entertainment
Release: 25. October 2019
Link: Official Website