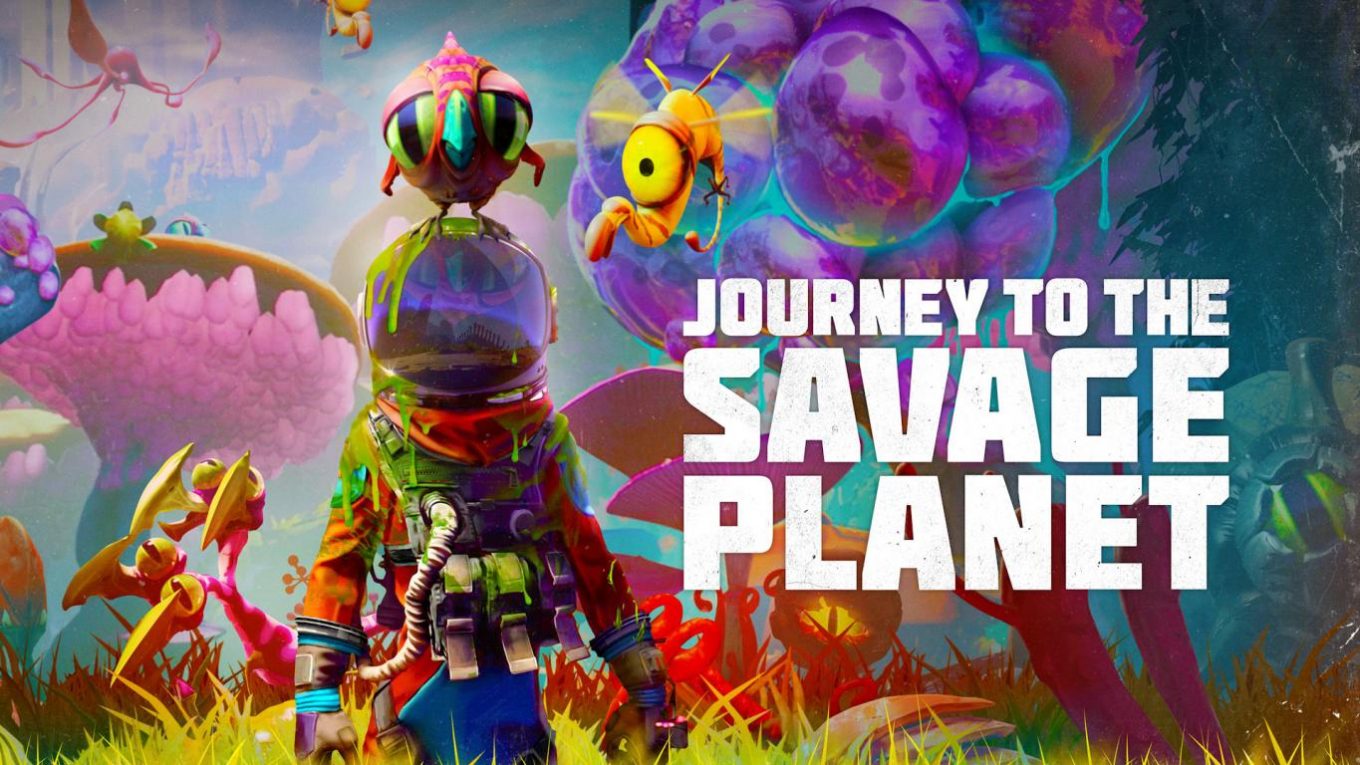 What happens if you throw No Mans Sky, chewing gum, and Douglas Adams in a blender and the Power-on button presses? You can get it with the first Surprise of 2020 to do – Journey to the Savage Planet. In squeak Indie hilarious, and deliciously evil title from the forge of the Typhoon Studios, we try to us as researchers, which is exploring for a shady company with a seemingly untamed planet. The goal is to find a new home for humanity or it might be a potential source of Resources to exploit – it is, Yes, morally flexible! So we explore from a first person perspective, the animal and plant world and collect geological samples. But what if we don’t find out that we are the only intelligent life form?

The space, infinite Expanses in the year 2034. Alone and as a nameless individual we glide through the silence of the universe. Where we are with the silence is not quite true and also not really, because we are wise from the nine times and forever blithering KI e. K. O.. Our Mission is to explore the planet AR Y 26, and figure out whether this is suitable as a new home world or a potential source of Resources. Just stupid, that our Client, the company Kindred Aerospace, let us have no training, no education and Training has come. So it comes as it had to come: We are stranded on this strange world, have to come up a Plan of how we home and we can not shake off the thought that it is our Client is quite welcome, no matter what happens to us as long as we send only the data you need – perhaps you are, therefore, only the fourth-best company of its kind? Seis drum! Maybe we are not trained, but the mullet of the mighty McGyver: on the nose we are not like! Maybe this wild ball carries with it full of freaky life forms is a mystery, which leads us home. 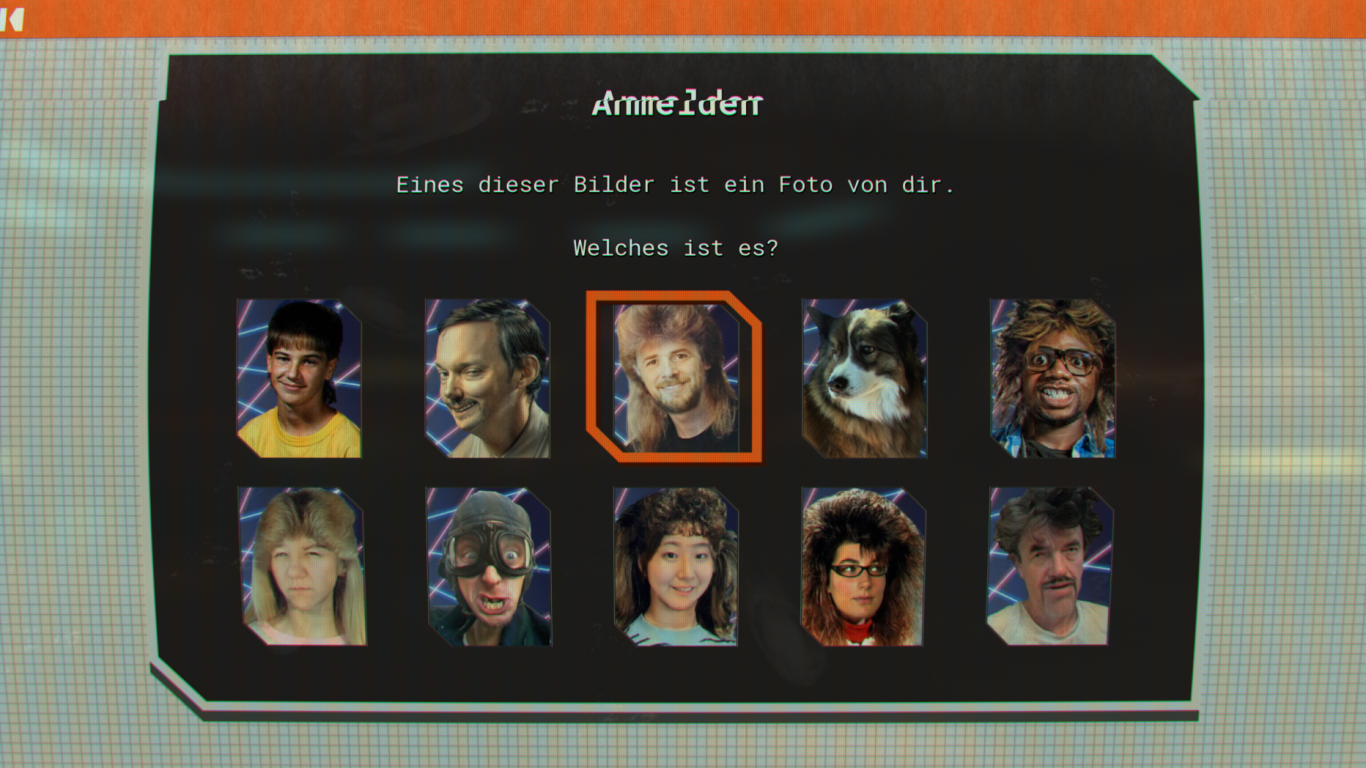 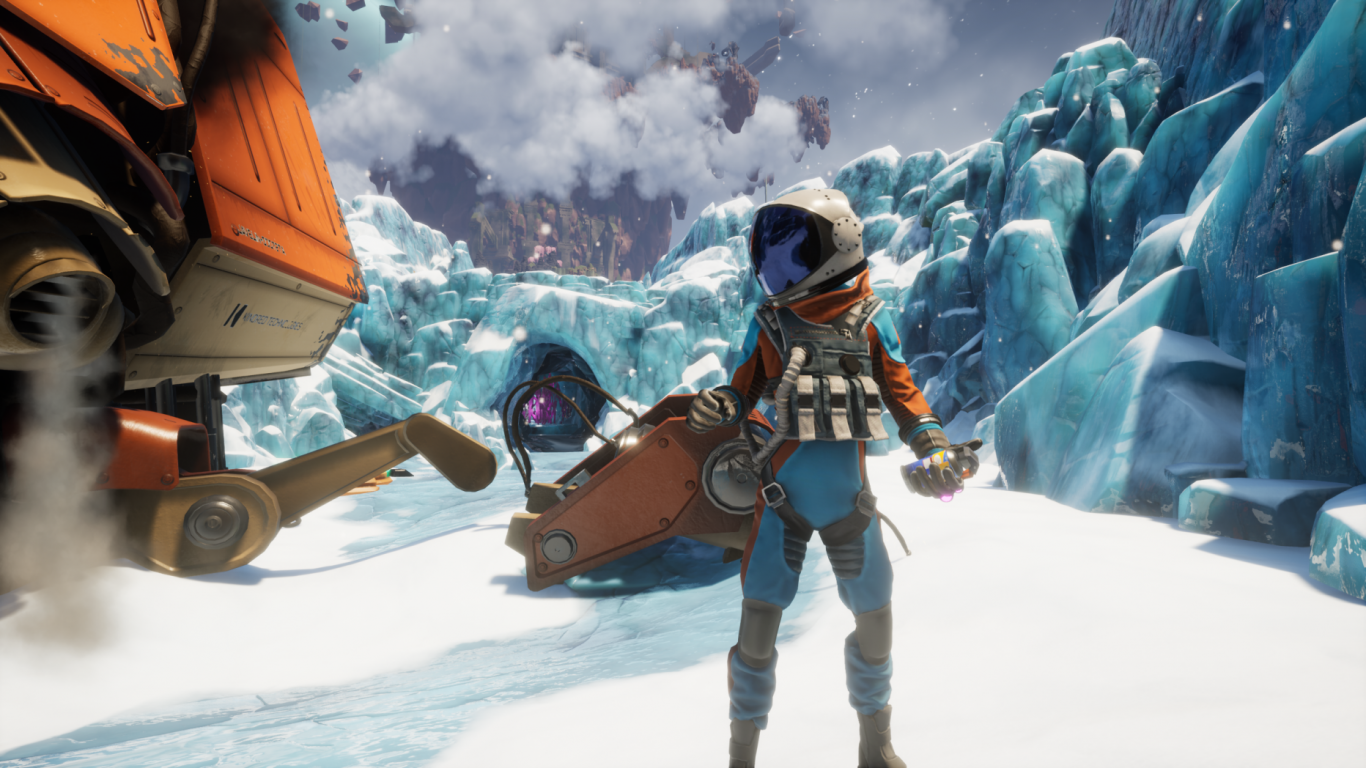 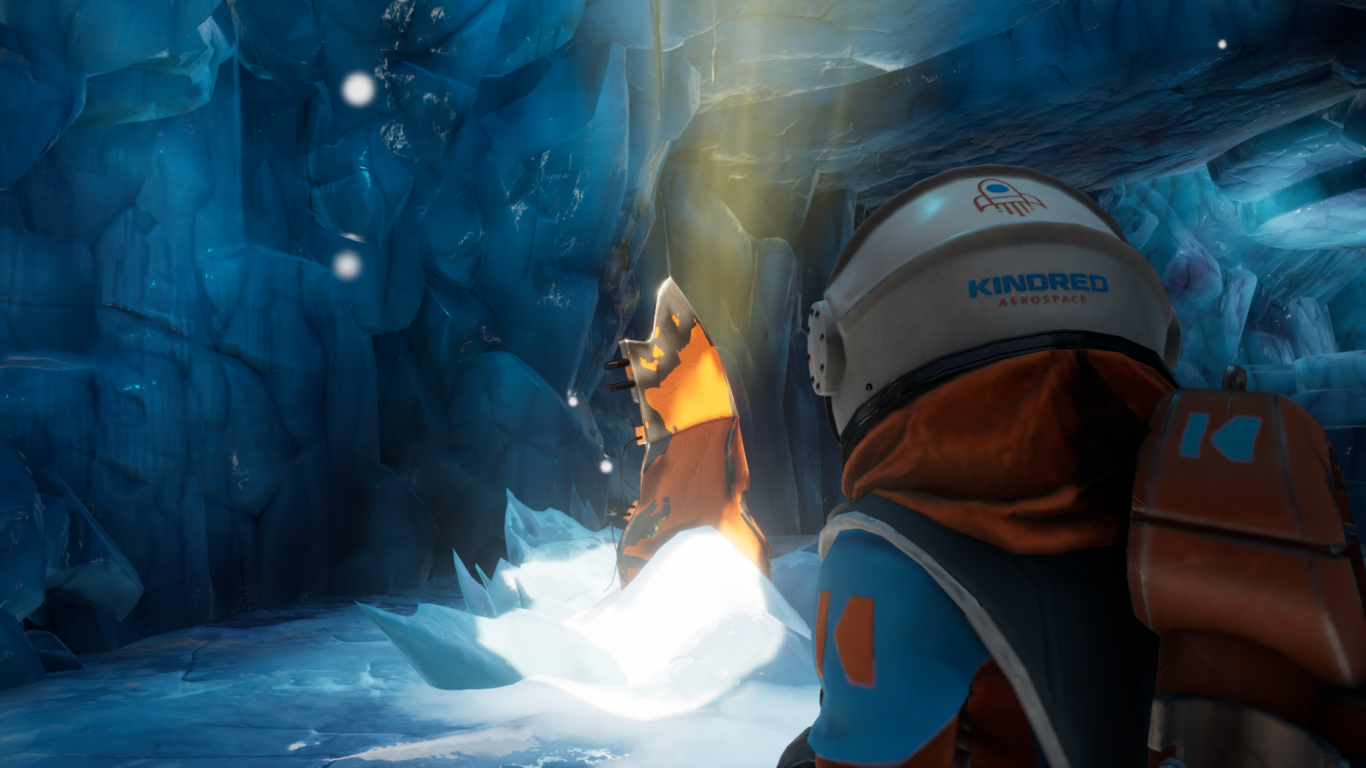 Actually, I had to Journey to the Savage Planet is not on the screen and I could not claim ever heard of to have. Got to only when I, by chance, the Trailer was the face I was enchanted. Cute, weird and bitter – the part I had to see. To begin, we have our character from a variety of very strange Portraits. A fact, which works in itself as a Gag, because our Planet traveler’s hiding the whole Game on an opaque space helmet. The most unlikely and most bizarre Option changes however, what are the noises our Hero makes.

We have made our decision, the adventure can begin taken. Journey to the Savage Planet is full of secrets and ingenious Humor. The best example of this is the promotional videos, which we can see in the TV on our space ship. Therein, the products of the future will be advertised, such as, for example, the Meat-Buddy – an ugly Flesh to Play with, which could be cut out without a doubt directly out of an early David Cronenberg’s. Or a kind of mucus as a food replacement is guaranteed to be 100% chemically!

On the surface of the planet, our Mission is to collect as much information as possible. Equipped with a Scanner, a pistol, and a variety of creative Gadgets, can be improved in the course of the campaign, and extended, we take our Trip into the Unknown. Although we are armed, and from the first-person perspective through various biomes, is Journey to the Savage Planet is not a Ego-Shooter. This is evident, among other things, to the control unit. While it fulfils its purpose, but is occasionally vague and imprecise – leading to some Despair on my part in the, very demanding, jump passages has led. In General, it is Journey to the Savage Planet is quite challenging. What is not least due to the fact that a difficulty exists and this was not balanced at the time of testing – not yet optimal.

The worlds and creatures design in Journey to the Savage Planet is at any moment in a creative and incredibly personable. An example of this is the lovable pug-birds, small ball-shaped creatures with huge goggle eyes are! This encounter not only joyful, but we expire, literally. Just stupid that you can carry carbon in, and I need this resource for future Gadgets. So I am – in tears – a veritable massacre of these “Knuffkugeln” and kick the Survivors, such as footballs through the area – because I can, not because it amuses me, of course! Moments later, I find out that I can attract things with a chemical, and the birds on the basis of the if you get this, the carbon in tons of departure… ups!

With 30 species is the animal world of Journey to the Savage Planet is quite manageable. However, these can be split again into several sub-groups, which then, however, some diversity of results. The total of four biomes topic of the table are decorated varied and with lots of puzzles and secrets to Explore. Something in the optional CO-OP for twice the fun. 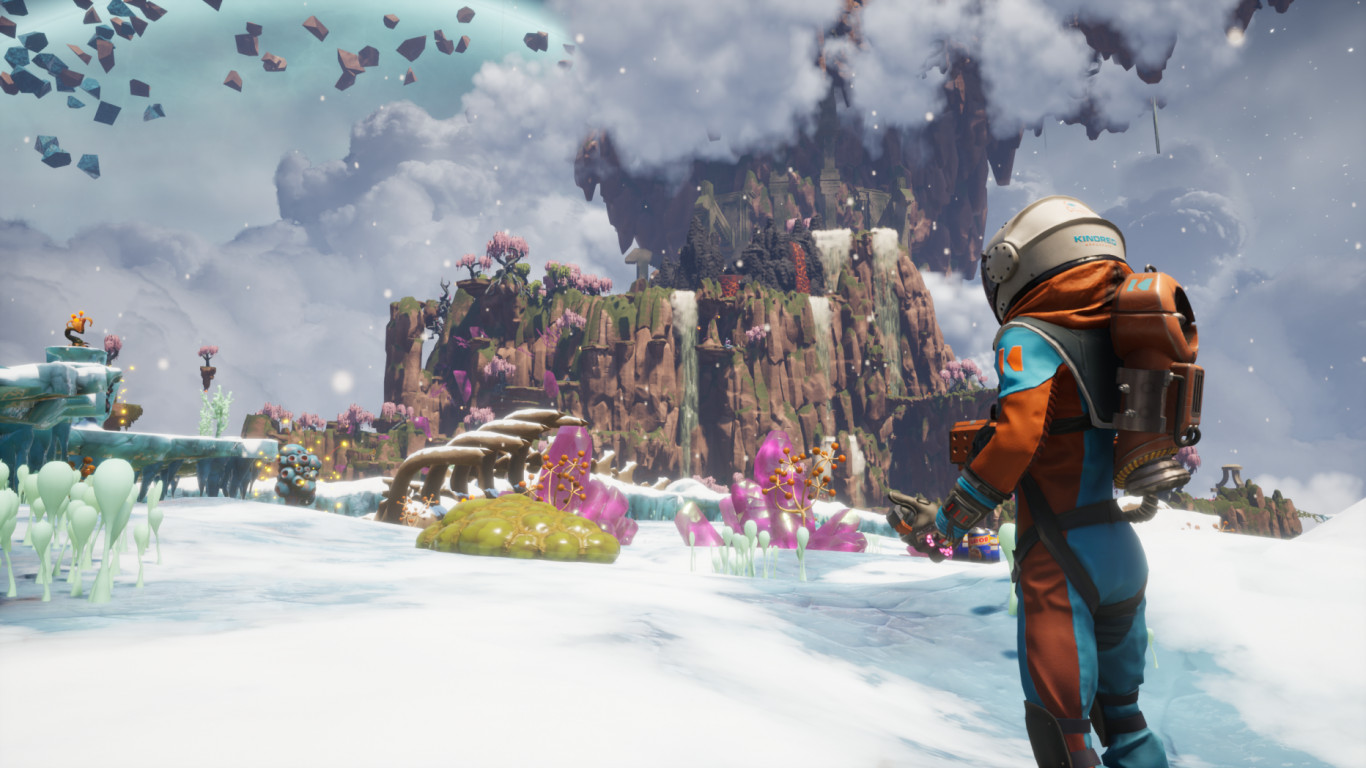 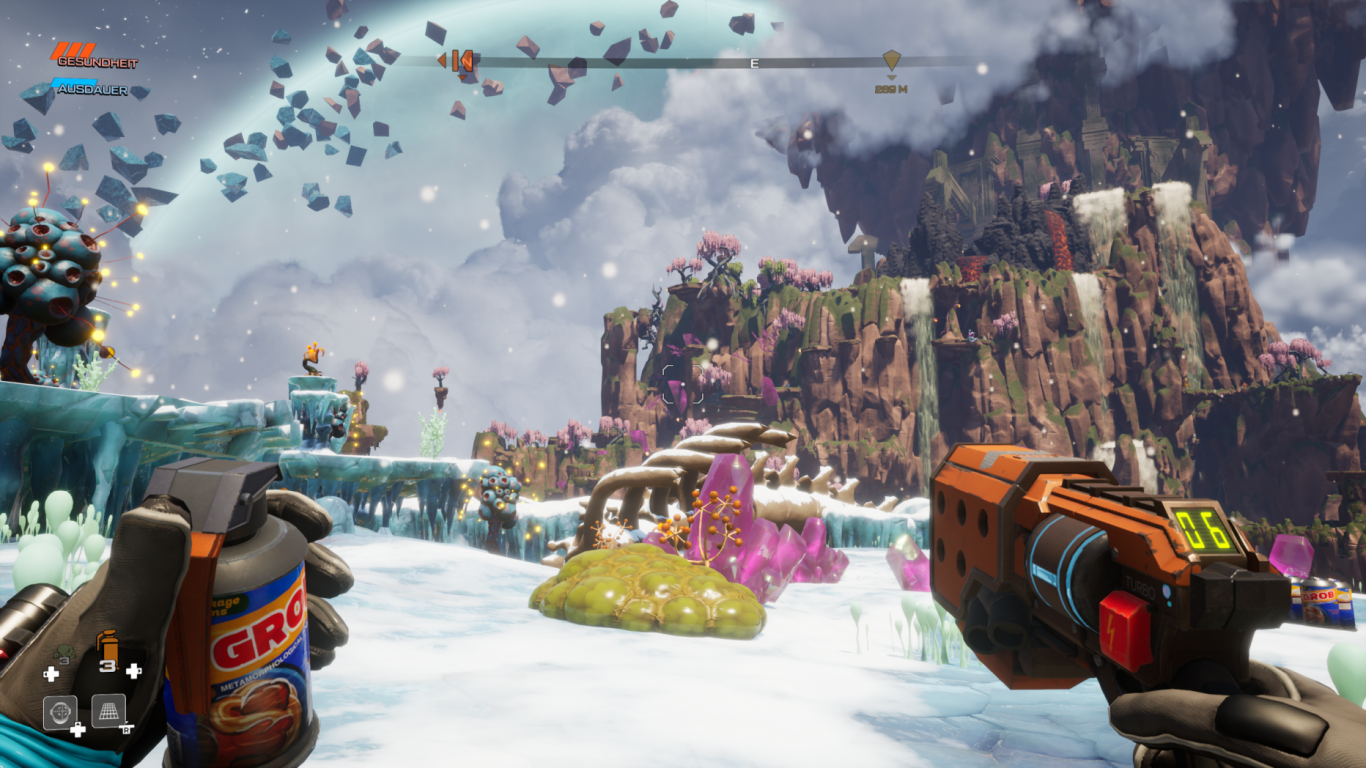 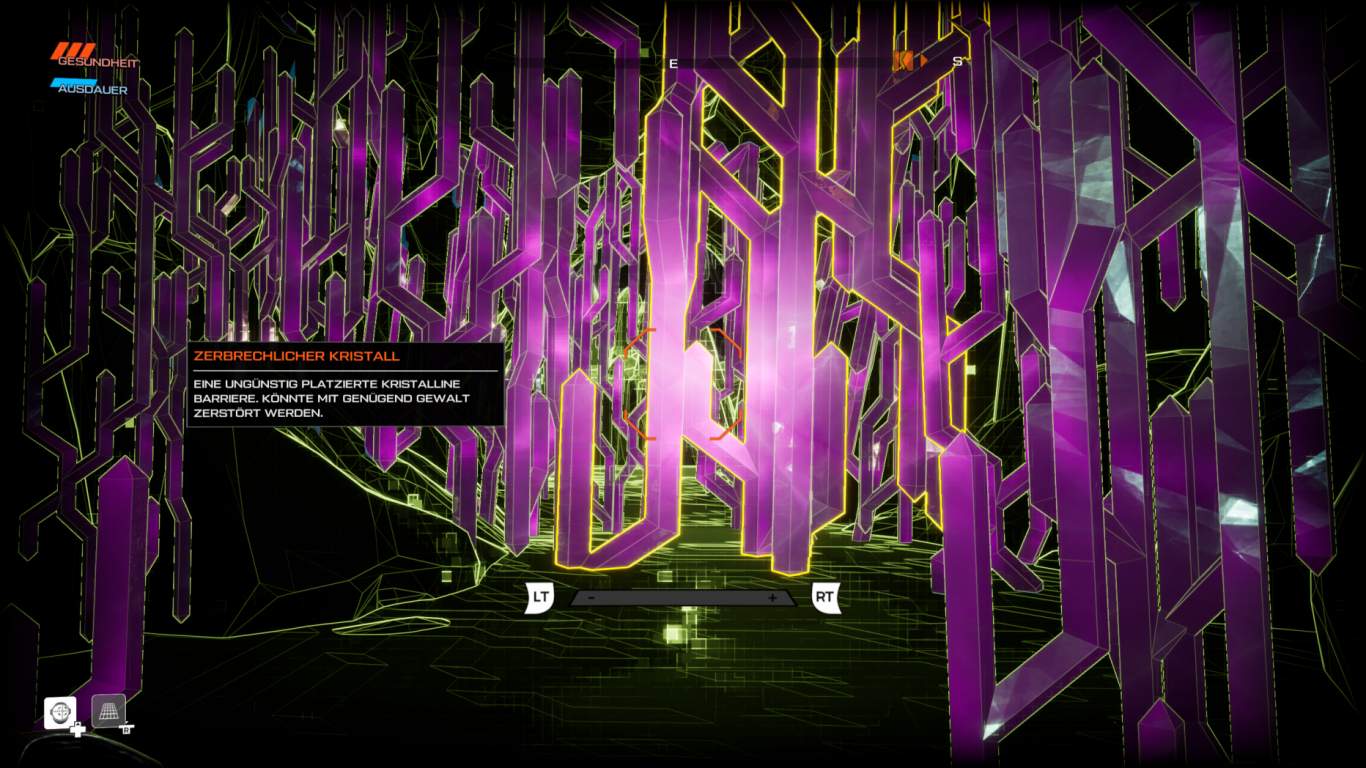 Journey to the Savage Planet is in spite of the smaller children’s diseases, such as the slightly spongy control and not always optimal and balanced level of difficulty, a real Hit become. This Games comes with so much charm around the corner, it is hard to believe. Whether it’s the brightly colored game world, the noble creatures, or the mighty boss battles, all of that makes my heart beat faster. Frustrated, I just felt some of the jumping passages or the fact that you Wake up as a player, when dies, again in the space ship. The power to act in a technically sense, because each new attempt is just a clone of the original character, but the Long road has been back bitten to the point where the Grass is sometimes a little tiring, especially when it has to do with a boss fight. But the frustration I nothing is felt in comparison to the tears I have, in places, laugh. The Humor in Journey to the Savage Planet is top notch, and Fans of the hitchhiker’s guide to the galaxy be your joy. Maybe Journey to the Savage Planet , with its 10 to 15 hours of play time a bit short, but I have enjoyed every Minute.