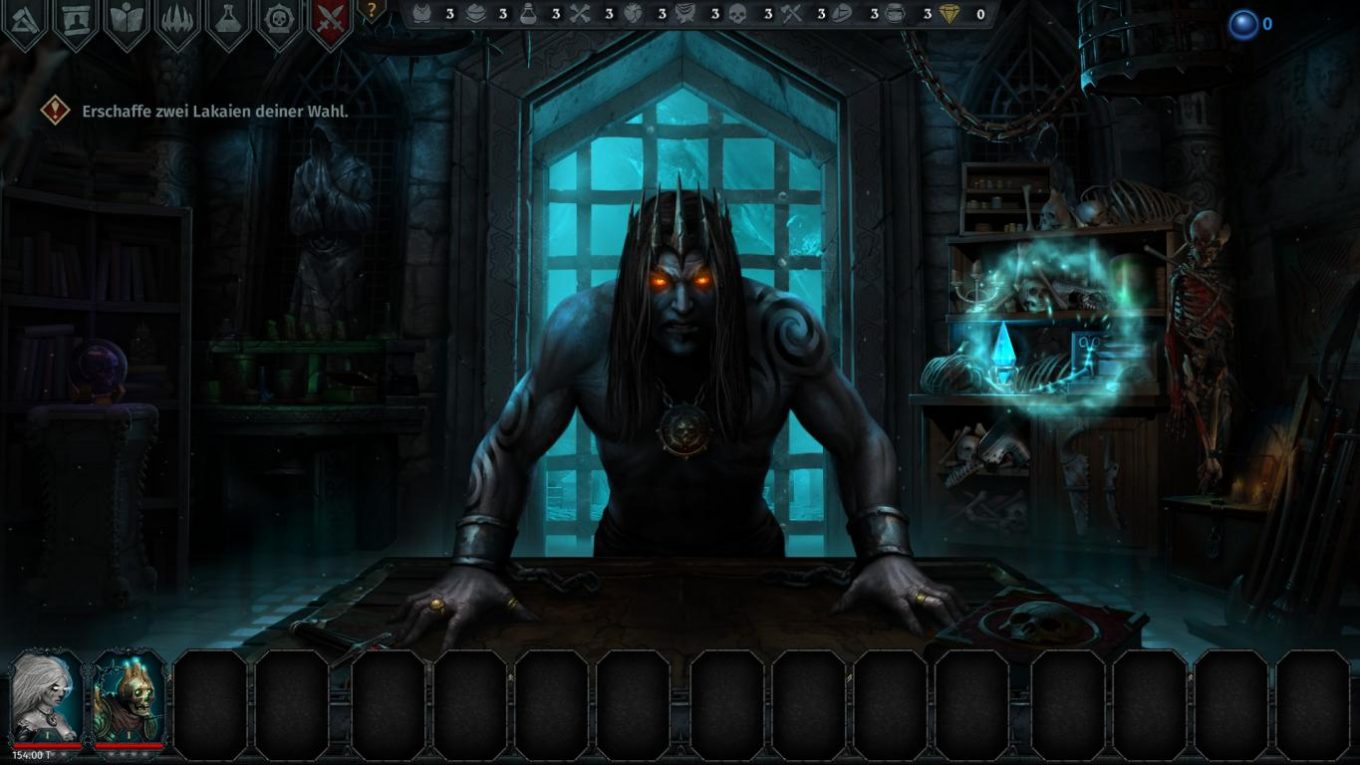 In the framework of excavations, find the unfortunately just as dumb as greedy workers a forgotten chamber, including a sarcophagus. Of course, this is broken immediately, and the seal that held the evil necromancer, in the process, destroyed. That he can bring his reign of terror on the unsuspecting humanity.

So far, So old is the history of Iratus – Lord of the Dead. The new Rogue – like Dungeon game from developer Unfrozen, which is in this country sold under the coat of arms of Daedalic. The nice Twist with this is that you yourself are playing the disgruntled necromancers, and the annoying life-forms, and finish off. Unfrozen is a relatively unknown Studio from St. Petersburg, which is already in 2016 with the creation of the game began, and – according to his own statement – a mixture of Darkest Dungeon and Dungeon Keeper, created wanted. So much can be said – it was more Darkest Dungeon, because the Dungeon Keeper, but that in itself must, of course, still nothing negative to be.

As a newly minted necromancer sent his troop of four monsters on their Mission, people and other bother to teach peace to Fear. Much like the model, each of the monster classes (of which there are a total of 18 different bride-to-be – in addition to perennial favorites such as Zombie and skeleton also interesting remakes from the body chamber as “Iratus”, “Dhampir” and the dangerous “blood fantasm” -) a variety of skills that you can use, depending on the Position in the group. This is all complimented each of a Wutfähigkeit, which can be triggered at elevated anger level, and nature, all the more to destroy their damage. The anger level is the same as the Mana level of a regenerating property of the necromancer. While Mana is used for spells, allows the anger to activate the special abilities of the Monster. 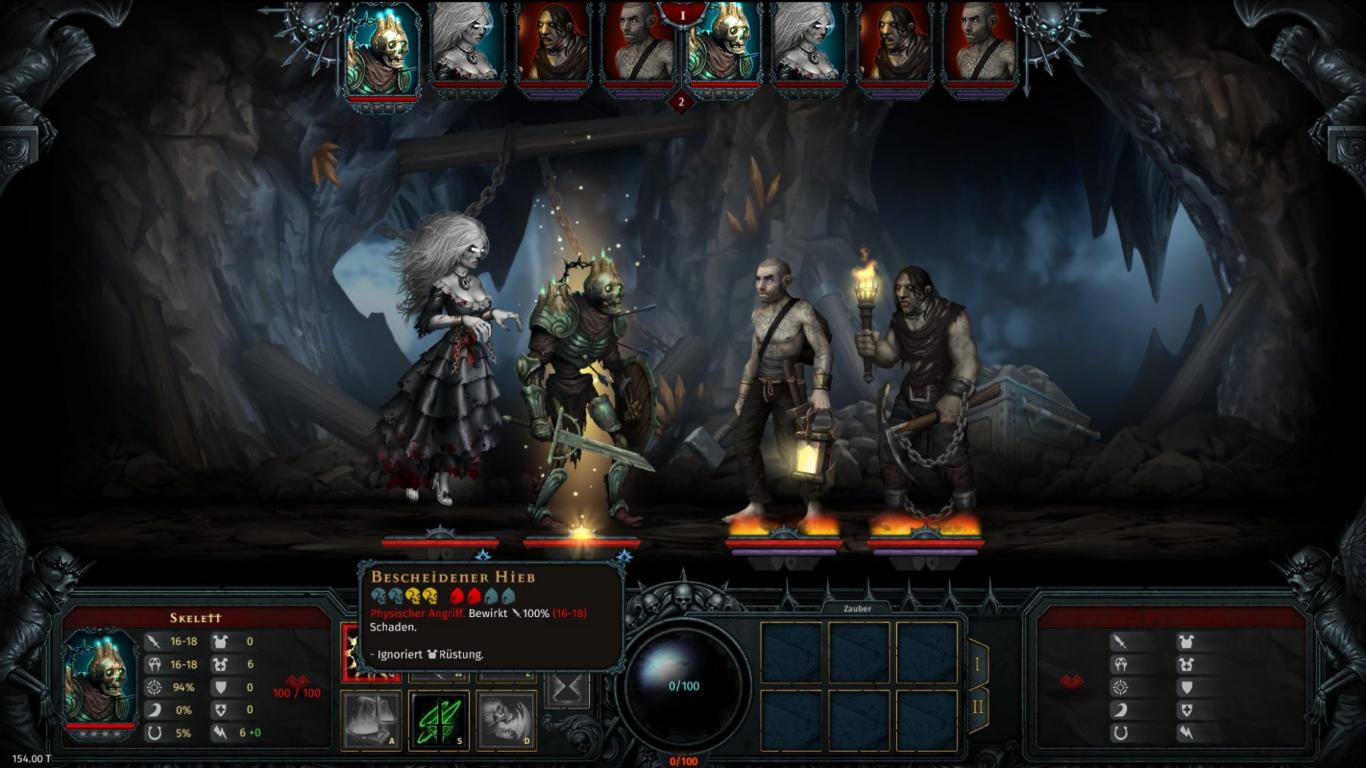 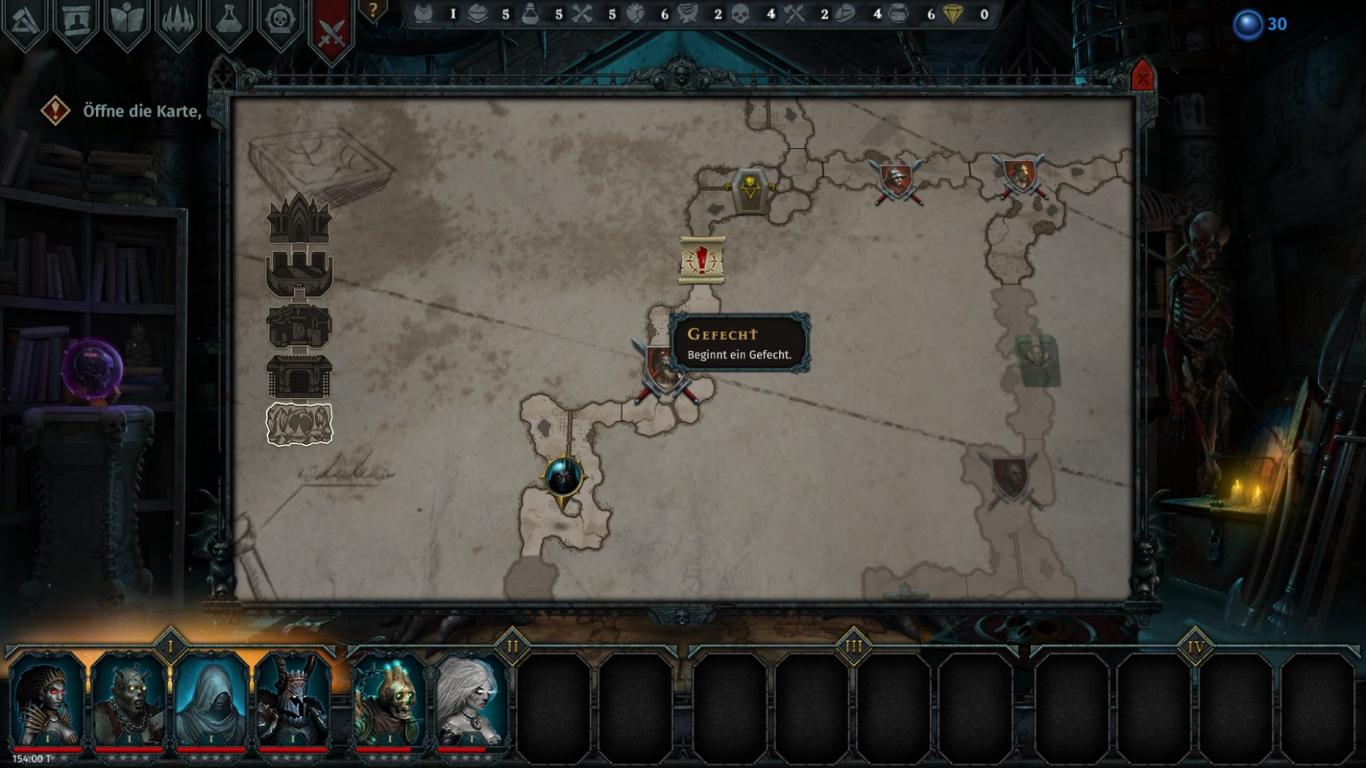 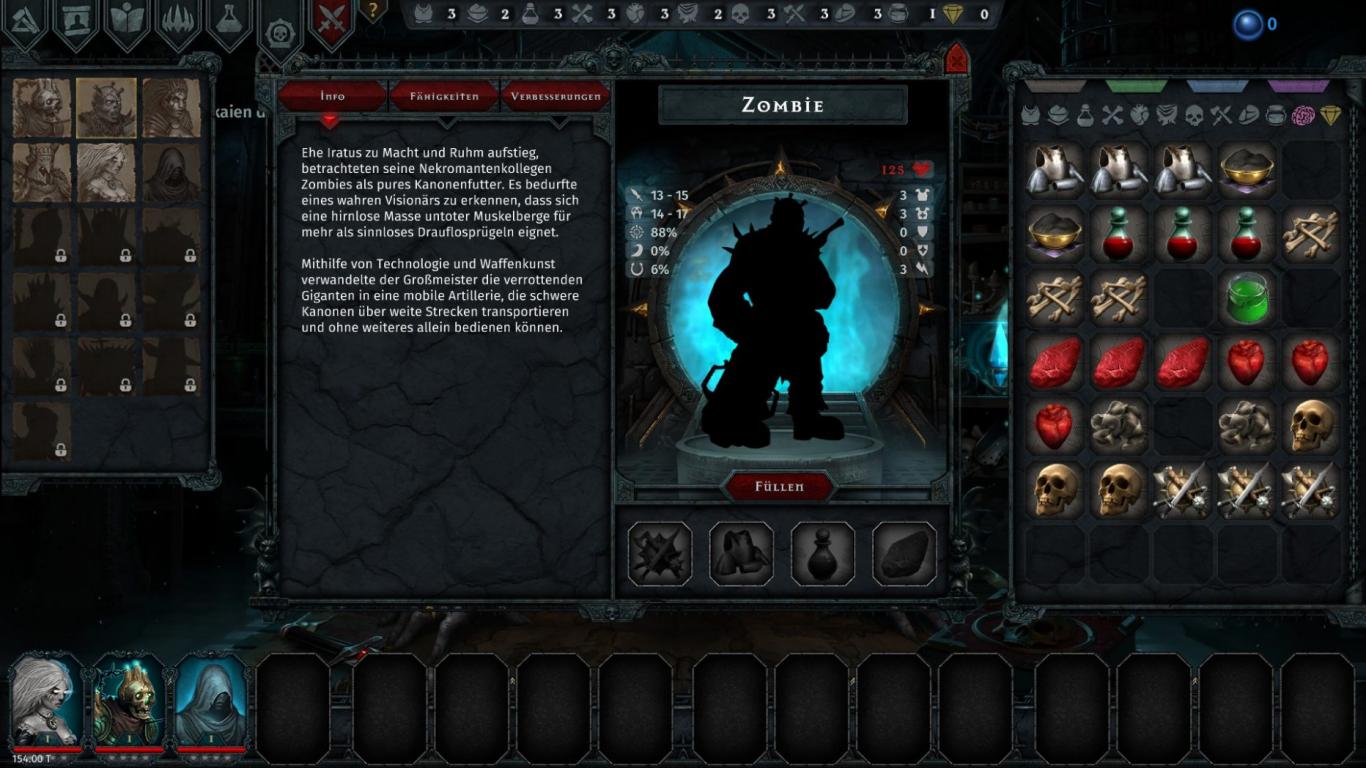 Dark, Gloomy and much worse

Even if necromancers usually don’t have very much for your creatures to spare (and this can, unfortunately, also a lot of personality and individuality to miss), you should not avoid to be careless with the subjects. With each won battle you increase not only Iratus skills and find the materials for more creatures, but also gain experience, which can be used to expand their skills, as well as attributes. Here, you can specialize even more. Any attack force should be a balanced mix of physical and psychological attacks. The mental Element, is Darkest Dungeon veterans, once again, is known to occur. The own heroes suffered then the nerves torn are monster attacks, you can now even his minions, the Psyche of the living adversary nibble. This can drive the enemies to escape or even attack.

The actual use of the maximum of four monster groups, as well as to a total of four Levels. These are each quite large cards, on which you can its way to choose. You can see the entire map, so it can also be used to select the most of the fighting, as well as to find bonus options. A reverse gear for our Monster, once made, directions need to be followed until the next critical intersection. To return to the comparison with the model to strive for, it takes a lot from the step by step voltage of darke’s Dungeon, however, allows for greater tactical variety within a level.

In the Dungeon of a thousand Zombies

Iratus even has alchemical and magical are also a wrath and a destruction talent tree you with the time and enough experience you can extend. So Iratus, for example, per round, may hunt a destructive spell on the opponent and the tactical alignment of the monster troop support. Unfortunately, it was also the Move within the force as a spell classified, instead of as in the case of Darkest Dungeon as an action of the monster. There is a figure, which is drawn by the enemy from the rear to the front can seem pretty disturbing.

With the talents and special artifacts from both the Iratus as well as his monsters bonuses to give, but it is not enough, a true necromancer, of course, a cemetery. Here, he has not been able to collect a nice building such as the Arena in which fighting monsters experience in the Slaughter of heroes, or even the morgue, in which the singed mummy to change your bandages can heal (the Monster so). By itself, this does not happen namely. So the creatures need to be expose if they should not be sacrificed – either, or by means of Iratus ability of alchemy cured. This however, consumes valuable raw materials that may be missing elsewhere. 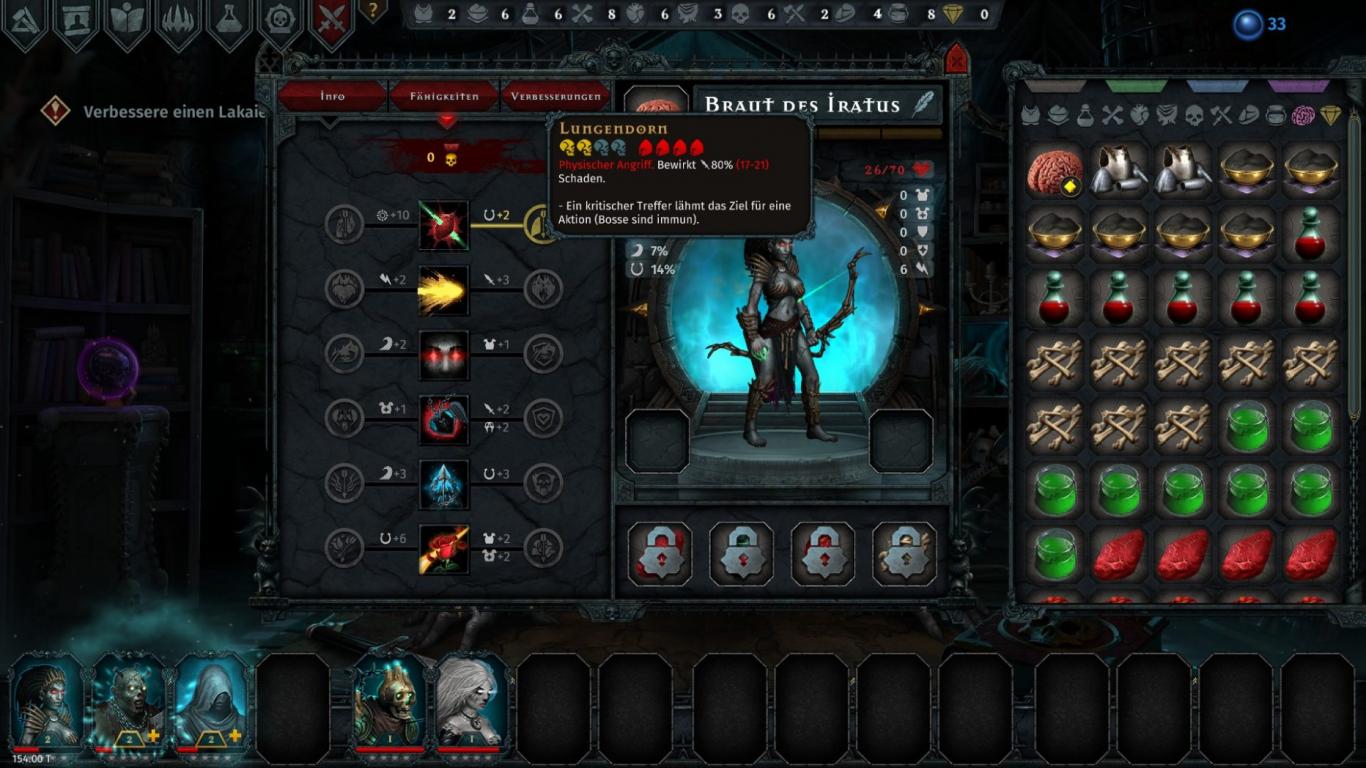 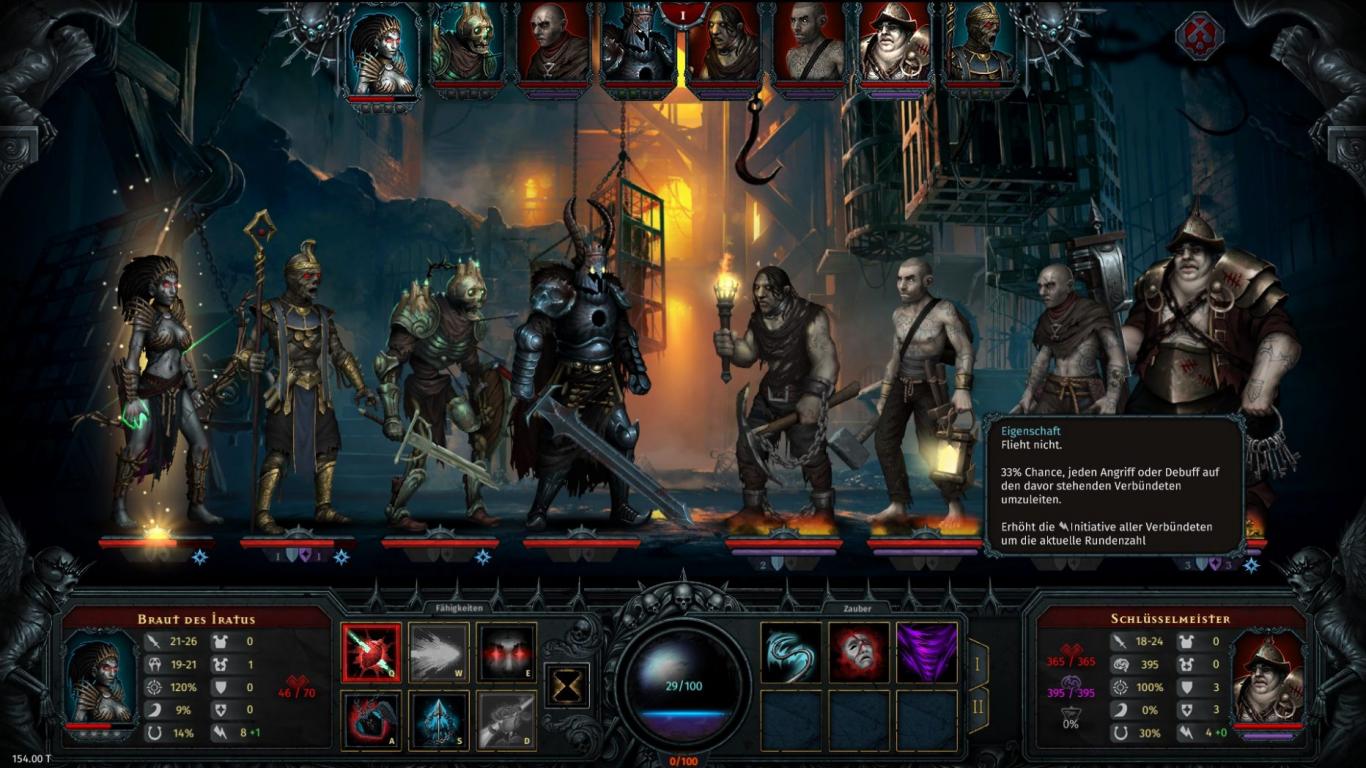 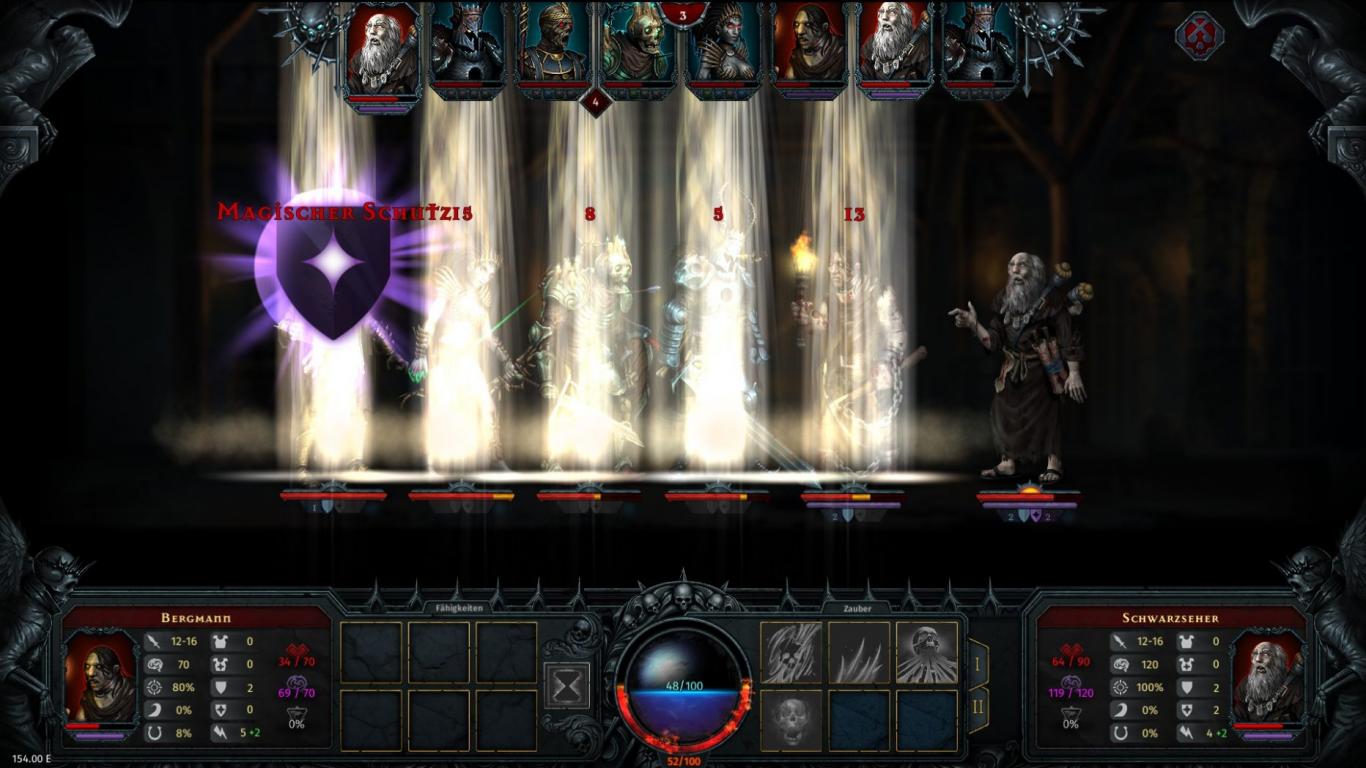 The army of the Lost

The loss of one’s own fighters, in Iratus, a much more normal process than in the case of Darkest Dungeon, will be to Work in the buildings of the cemetery, conscripted, or on altars in the dungeon maps to be sacrificed. Even some of the other monsters have to sacrifice the skills of their comrades, for the benefit of, or Queasy of others. So consistent, this is also everything that makes a bond with the own warriors, as in the example, difficult to pay.

Technically, the undead and their master make a useful figure. The UI is not cluttered, and shows all that is necessary, only the font seems to be at times something very small. The animations are as well as the graphics are nice and the theme of Evil suitable. Likewise, the music is always ominous in the Background, the atmosphere, the finishing touch. Also, the speaker of Iratus, the comments like several actions in its own way, makes some bad a merry Grin to occur.

As well as in the Text can be seen, has Unfrozen, really very close to your large model based. In the end, had a little more self-reliance may not be badly done, they come but never really to the quality of Darkest Dungeon pre. The long-suffering zombie genre to be used, you could make the comparison with Romero’s Dawn of the Dead and one of the tried but qualitatively, however, lagging behind the Italian zombie films strive. Unfortunately, I’ve always had something of the feeling of a certain “blood emptiness”, in spite of the many possibilities. This disappointed not only bloodsuckers, but also the long-term motivation. For Fans of the genre, Iratus – Lord of the Dead but worth a look, because there was enough variety for some entertaining in-Between slaughter of the Living offers.