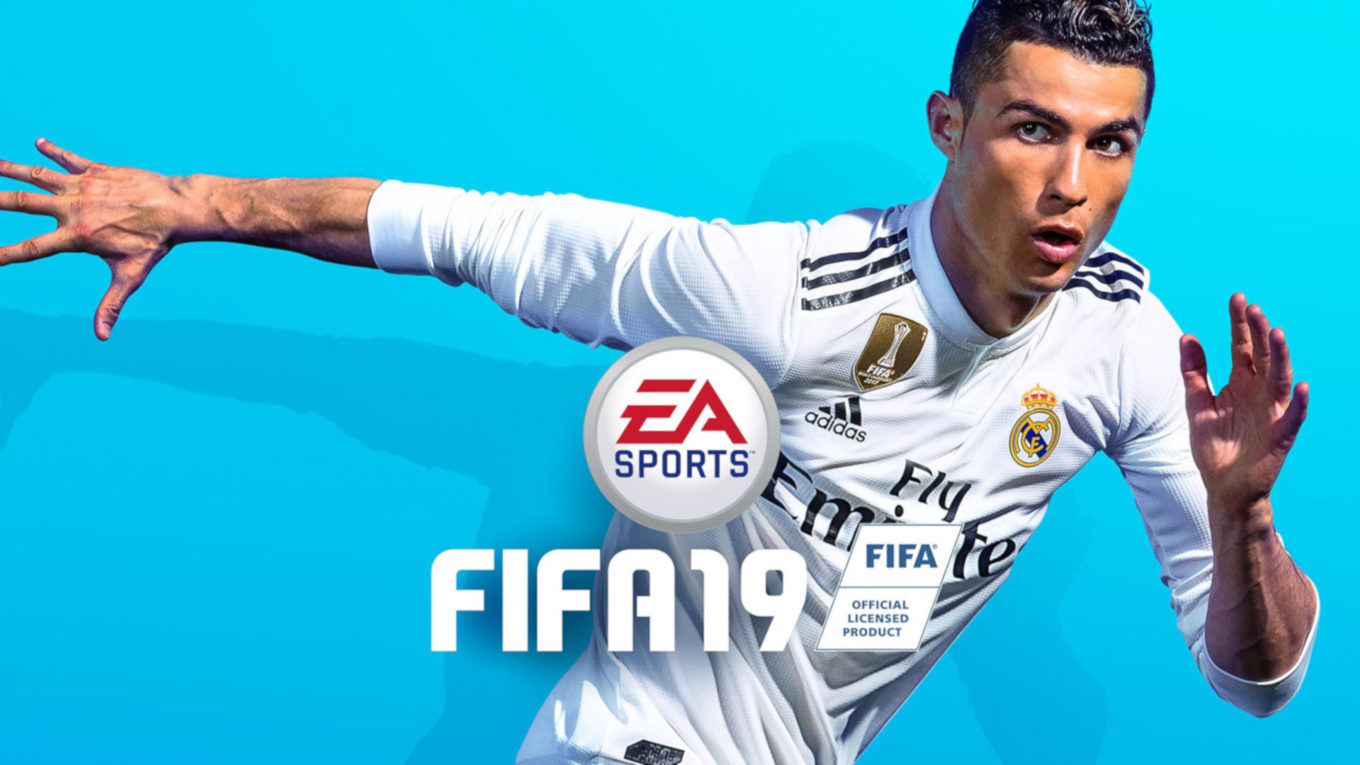 You have to ask FIFA the question – can you still provide improvement and innovation here or is it just a prettier version of warmed coffee?

Alte-established FIFA players immediately think of a wide range of functions and wishes that EA should implement in the new series offshoot – and yet it seems as if they don’t want to listen to the community here. The reduced pace in FIFA18 was probably one of the most criticised changes then latest version, but players have resigned themselves to it and have not migrated in droves to the only serious competitor PES. It almost seems as if EA in the FIFA series are forgiving all their weaknesses. But EA doesn’t want to stand still with its success series either, and so EA always finds change requests, especially from the e-sports greats, their way into the finished game.

Something that EA has constantly expanding since the beginning of the FIFA series is the extent of licenses packed into the game. In addition to the name-giving license of the world association, which gives the game access to national teams, all major European leagues are once again on board, including the Austrian Bundesliga. But this time EA has added another to the list and the UEFA Champions League license from their bitter rival Konami. EA celebrates this fact in all facets of the game: Not only is the game subtitled Champions Rise, you also start your first game with a fictitious Champions League Final 2019 between Paris Saint Germain and Juventus Turin. And yet you can already see here that EA can also be offended, because the change of Ronaldo, the cover and leading figure of FIFA19, from Real Madrid Madrid to Juventus Turin has not only caused a surprise in the world of sports, but has also brought some horror to EA, because everything had to be adapted to the change at short notice. 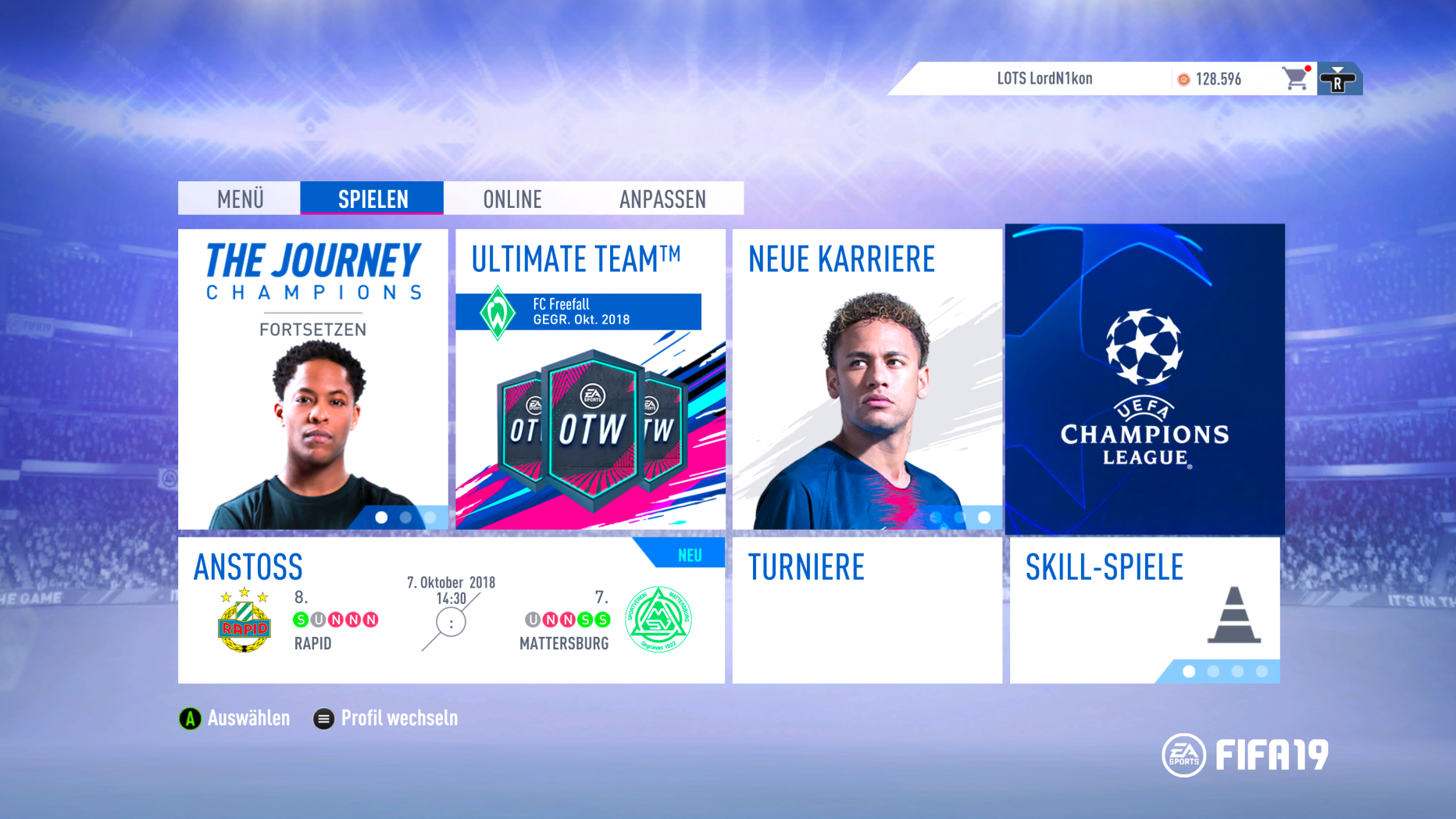 EA hasn’t changed much about the way you create your gaming experience, but you have to search very carefully to find something that you would really miss. So you’ll again have the fast friendly game mode, where you can control the entire team in the familiar way and play together with up to three friends against each other or with each other. A mode that has been integrated for a long time is the game of the week of your team. You can choose your favourite team, support it – at least digitally – and play the next championship match of your heart club.

A representative of the genre “always with you” is the tournament mode, in which you can create your own tournament and spend fiercely contested tournament evenings with your friends. This time EA has added an extra mention to the tournament mode and thanks to the new licenses, you can play the current Champions League, in the sense of Champions Rise, with your favorite, starting with the group phase. Also on board, again is the opportunity to start your own career as a player or coach and become an icon – and this time nothing will be left out or renamed, because from now on the Champions Cup is called Champions League.

For all these modes there are also online versions, as in the past, to be able to compete against friend and foe on the court. What of course shouldn’t be missing is the FIFA Cash Cow, the FIFA Ultimate Team. What has already worked well for EA in the past years has also been integrated into the newest offshoot, and so a slightly polished mode is waiting to be fed with real money again. 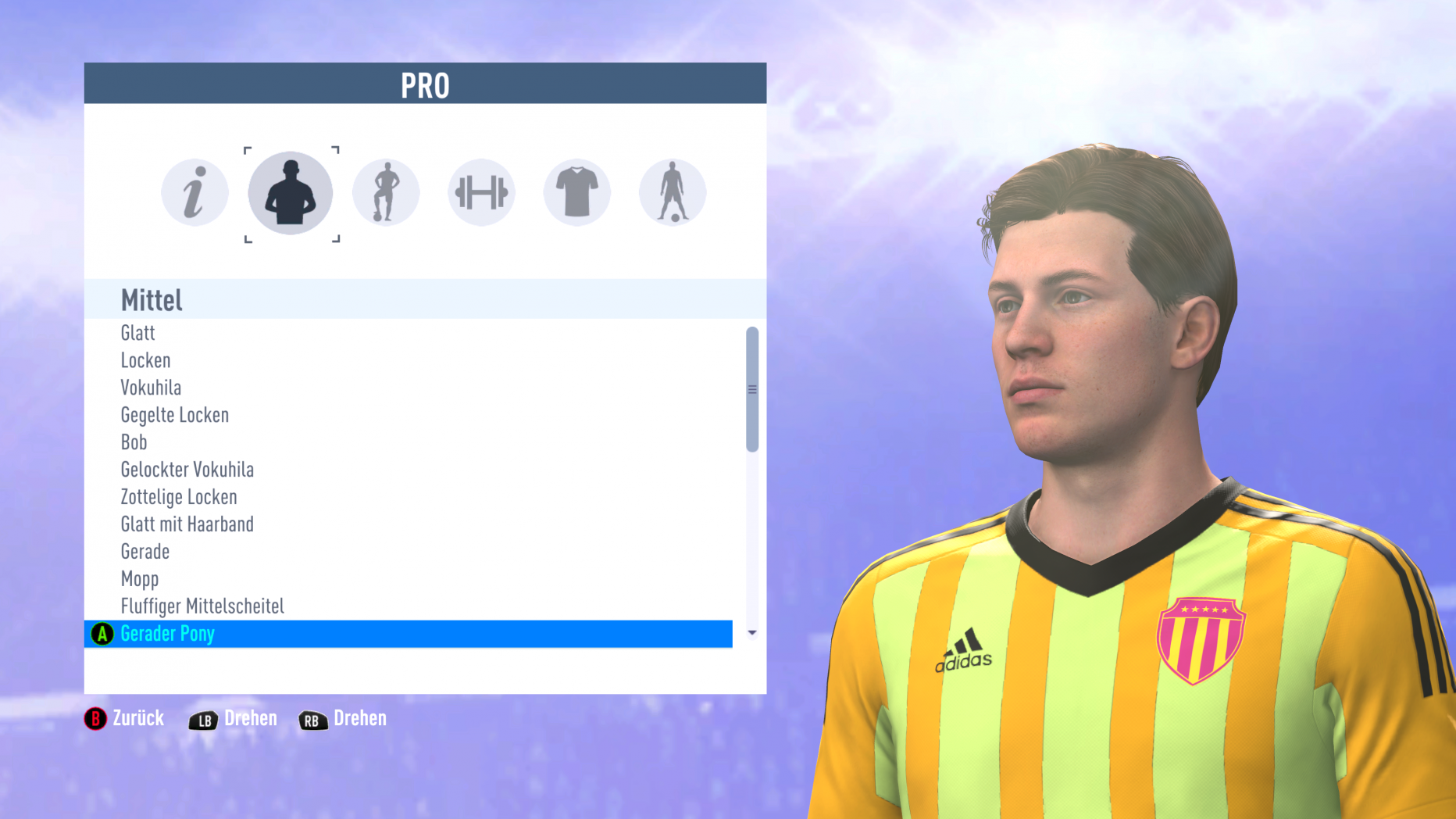 The probably biggest innovation besides the acquisition of the Champions League, FIFA19 experiences in its control and the resulting gameplay. EA has changed a lot here, so the first thing you notice is that FIFA19 is now much faster than its predecessor – still not as fast as its grandfather FIFA17, but still much faster than last year’s slowed down episode. But that’s not all, they have also devoted themselves extensively to the themes of ball control, ball contact and playful creativity. Ball assumptions can now be integrated much more dynamically and precisely into the flow of the game and the sequence of movements than before. The ball control can now also be played as precisely and roundly as was previously not possible in FIFA. Even inexperienced players or players who do not know every possibility of control are able to play wonderful combinations after a short time. But also the sprint has changed drastically: If it was still the case that the player puts the ball forward in a moderate frame during the sprint, he now puts the ball forward much further. This makes it more difficult to remain in possession of the ball, as the opponent now has more chance to remove the ball. The passing game has undergone another change: If every short or even long pass has found its buyer here before, it is now the case that it has to be targeted more precisely, otherwise the leather is quickly back with the opponent. Especially the new ball control, coupled with the new passing, leads to sobering results, because this has to be learned and mastered first. There is still help for almost everything, which can be switched on and off via the menu, but the help at its maximum level is often more of a hindrance than helpful when fitting. 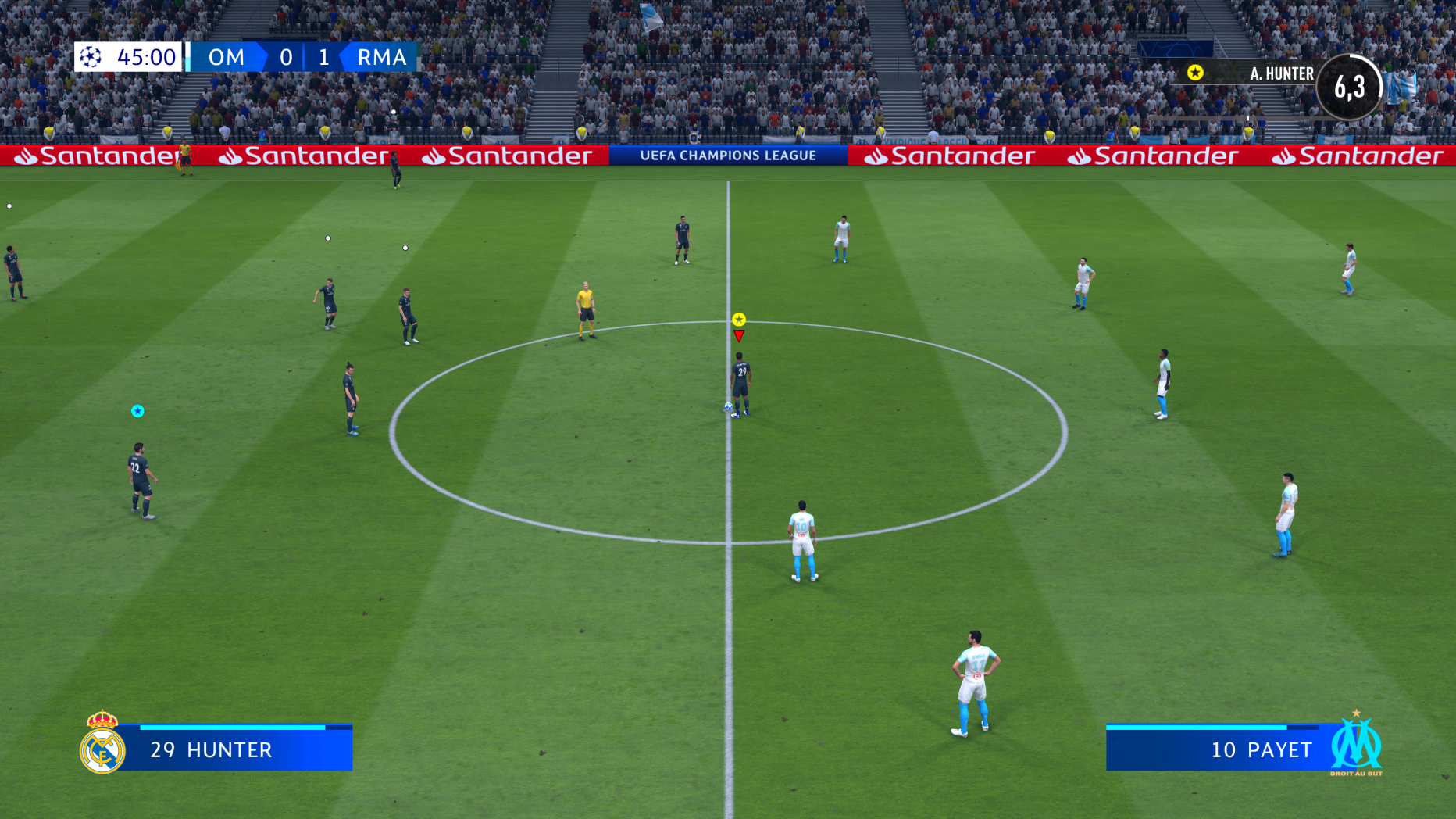 What about Alex Hunter?

When FIFA17 introduced the story mode for the first time, many people were sceptical about the action at first – and yet the protagonist Alex Hunter quickly conquered the hearts of the fans and they wanted to know how his story would continue. These were continued last year and filled with more life by his best friend Danny Williams and his half-sister Kim Hunter. What do we do now? Now they want to let the story around Alex go into a final chapter, because according to hints from EA FIFA19 should be the last chapter in the story around Alex. But before we shed goodbye tears, we’d rather experience what we’re offered, because that’s quite a lot again: We don’t just have Alex to choose from and play, as in FIFA18, Kim or Danny occasionally for some games, but get a full story for all three characters, which is connected with each other and yet independent.

The whole story extends over the entire 2018/2019 season and ends in September 2019 (a rogue who thinks evil here) and reflects the experiences of the three this year. In a prologue, in which you first slip into the role of Kim Hunter and take part in a selection training for the women’s national team of the USA, you can then decide for Alex or Danny, who are in the finals of an invitation tournament in Asia with their two clubs, and thus help decide who will win this duel. The prologue ends with Danny having fought his way into the Premier League and looking forward to the Champions League, but he is in the shadow of his brother who has already won it. Kim has joined the national team as the youngest woman and is now preparing for the Women’s World Cup, and Alex has finally managed to get his place with Real Madrid – but now he has to get busy establishing the brand and the athlete Alex Hunter, without forgetting about the family. After you have finished the prologue, you can choose which character you want to play – but you will always be given a recommendation if you want to change it to get a better overview of the connections. But the change is not a must.

Aside from the actual story mode, EA also didn’t sit back in Journey: Champions mode and just developed a new story, no, they added new game options now. So you can not only play your main character or the whole team, but now you have a third option to play a part of the team. This may sound a bit strange, but makes sense in the context of the story, because while you as Alex are taken under the wing of your teammates and can play them as a so-called mentoring team, Kim’s striker duo is the one she belongs to. Playing like this is fun and brings you a huge boost in improving chemistry to your fellow players. But it is also enormously exhausting to have an overview of everything. On the positive side, EA takes into account all decisions made in the past parts – so you occasionally see a fade in that tells you that things happened because you decided to do this or that. 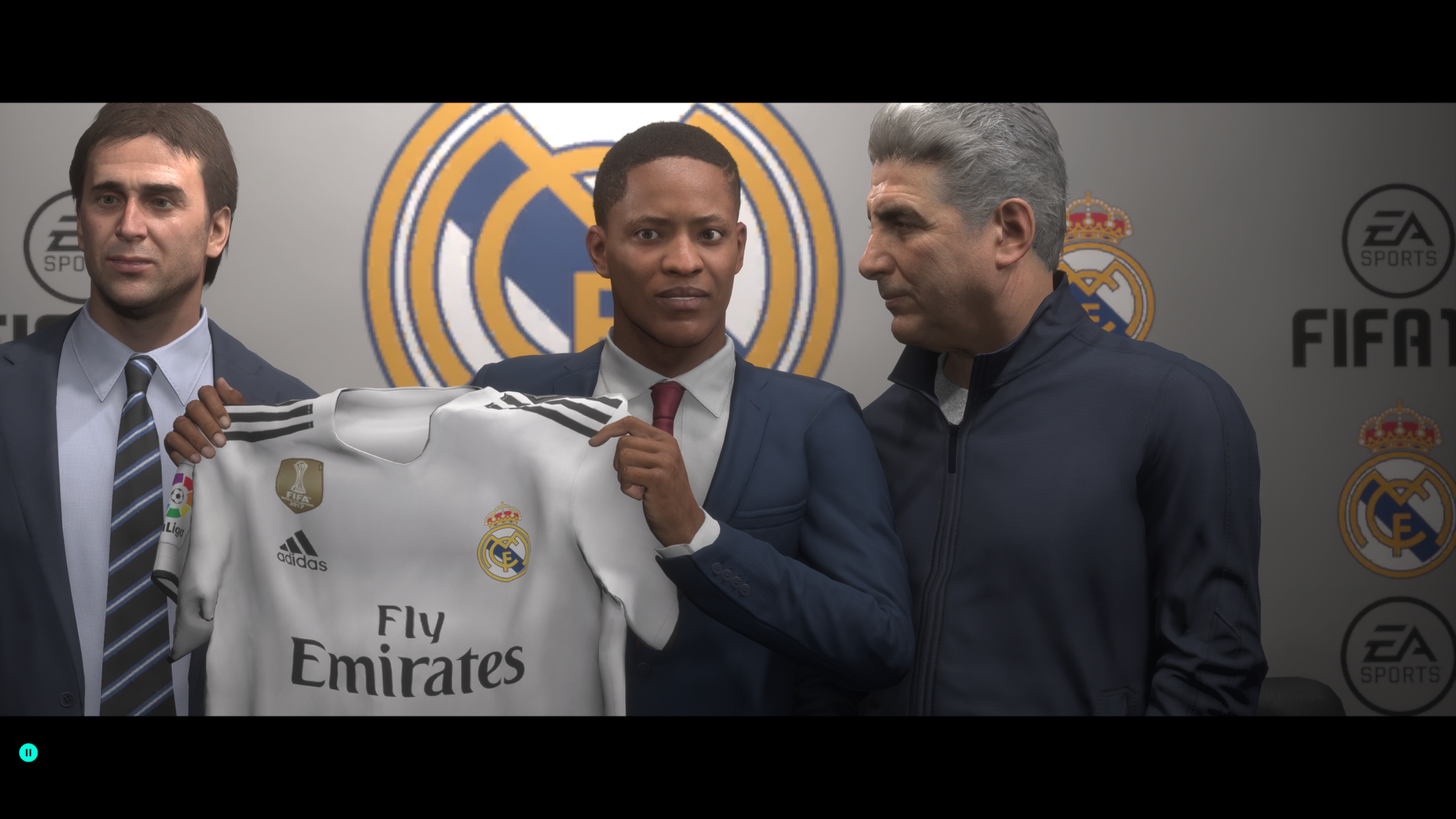 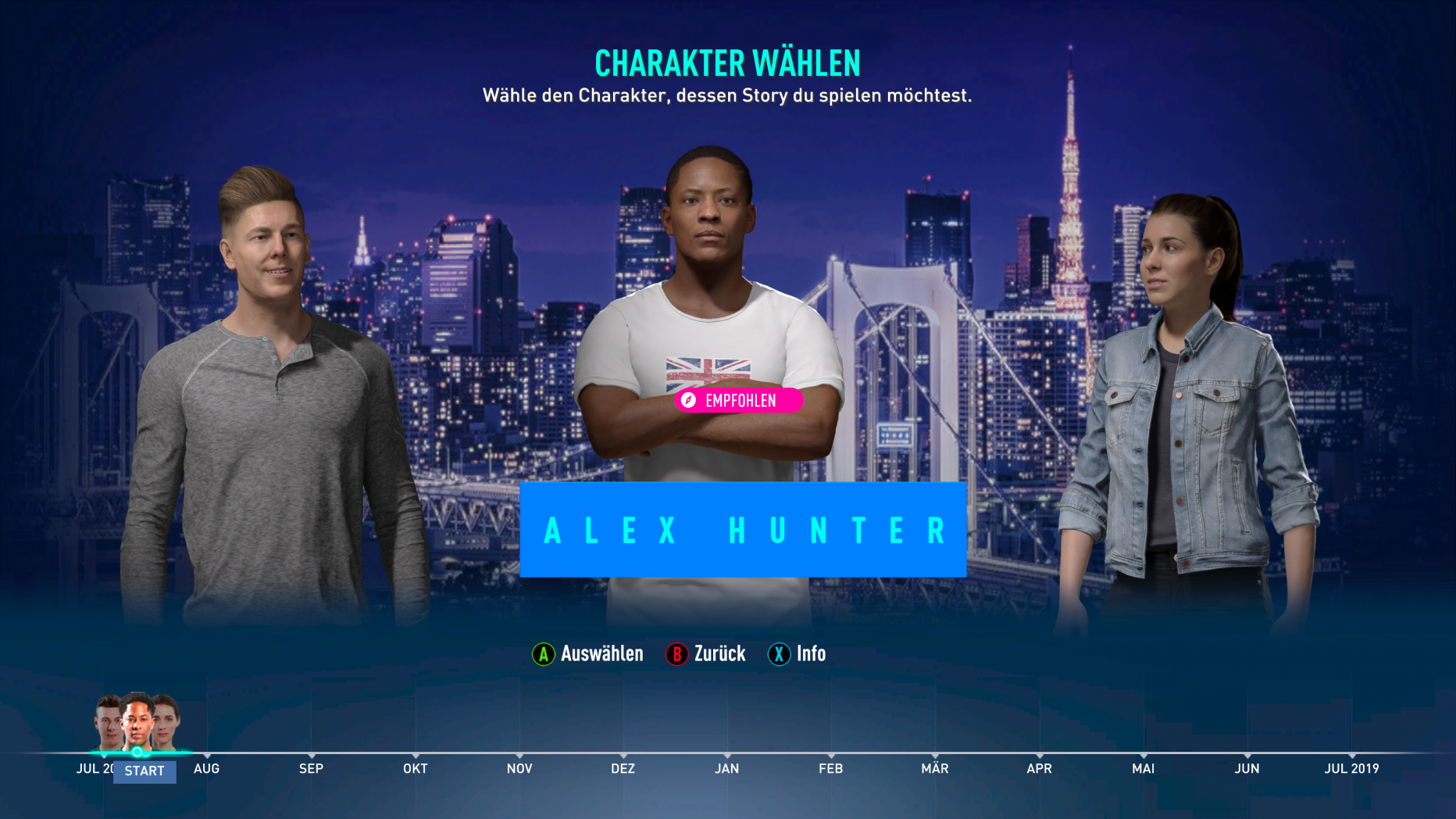 So everything great in FIFA19?

Not quite, because EA has graphically spiced everything up, but still FIFA19 takes the stadium atmosphere to the basement. The viewers seem stiff, as if they had not developed any further in the last 5 years. Also the chants and songs from the stands seem to be the same for ages, and even the stadiums are well chosen, but somehow loveless and felt dead. Here the competitor PES is clearly ahead. If you compare the elaborately digitized Arena Auf Schalke with the Santiago-Bernabeu stadium in FIFA19, it’s like comparing a TV show with a cinema. Here EA should have put in more attention to detail, possibly reducing the number of stadiums, but making them much better. Unfortunately EA also doesn’t mean well with owners of the Xbox 360, PS3 and Nintendo Switch. They still have to do without the Story Mode and the Frostbite Engine. This is understandable for owners of the old console generation, but switch users in particular would certainly welcome an update and would be happy about the full scope, especially since they only have to pay hardly any less.

In FIFA19 the newly acquired Champions League license outshines everything a little. You can really see that EA has made a lot of money to get this deal here, and that’s what they want to show the world – but unfortunately they forgot to offer something new. Nevertheless, they turned the right screws to make the game more attractive again. But you also have to say that it takes a lot of practice to get back into the game. After last year’s big disappointment, EA is back in the right direction in FIFA19 and is making some great improvements, but leaves the career changer little chance to find his way into the game. The better animations and higher resolutions in the game, however, are noticeable and can’t always be distinguished from real TV broadcasts by a quick glance on the screen, but the soul of the title is a little missing. Instead, the game tries to create them with the brilliant story mode, which alone is not enough. So the only thing you can do is to spend the night with a few friends online or in your living room at home to see who is the world’s best soccer player – or at least the best in your living room. 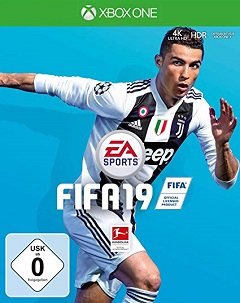