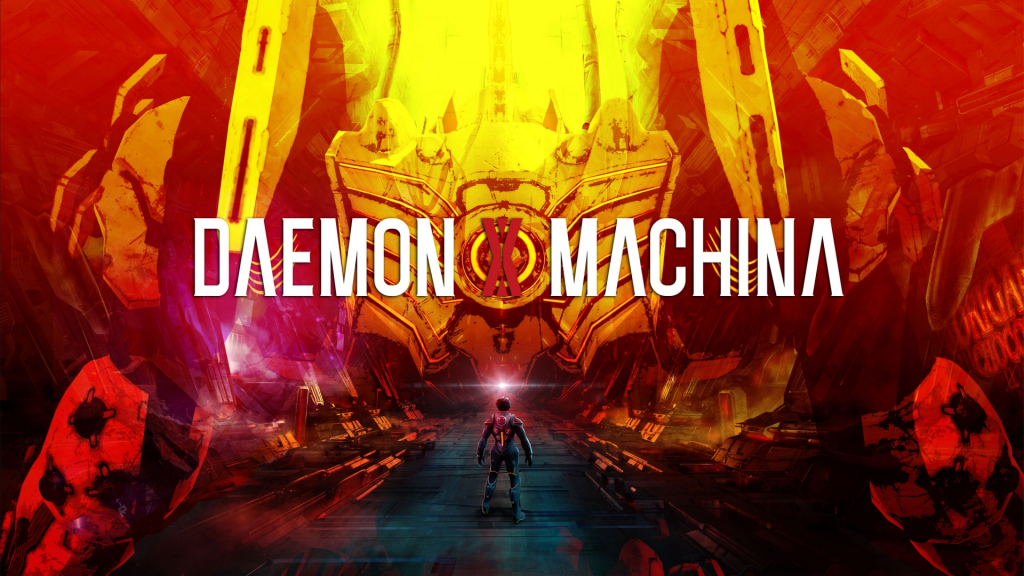 The heyday of the Mech-hype may be a couple of years back, the held developer Marvelous First Studio, but, nevertheless, does not depend on the Genre with Daemon X Machina again in the minds, hearts, and control crosses of the game community, get to want. We have taken a look at the new robot spectacle.

The Setting of Daemon X Machina describes you best as a Terminator post FF VII. Makes zero sense? Okay, then again in more detail: After our Planet was hit by a Meteor-the same Fragment of his own moon, appeared the Immortals – artificial intelligences, which considers humanity as their ultimate enemy and, moreover, other KIs and their ranks can corrupt. Our task, as the Outer Reclaimer is to put a stop to these KIs, and to destroy. Sounds easy? It is in the end also.

The Story of Daemon X Machina is primarily on the dialogues of his many characters during the missions is told – and it is precisely here lie the greatest problems of the title: firstly there is the huge character roster and especially their appearances: characters come and go, diving out of the Nothing, are rare, if not actually introduced, and thus leaving hardly any lasting impression – in any case, too little to actually have an emotional interest in advent to. The Plot itself is convoluted in addition, and the narrative in the dialogues – on the field of battle, while you want to concentrate on the fight, and in a rather unspectacular Hangar-cutscenes between missions would also be better implemented. We forget the Story and its characters but for a Moment, because at the heart of Daemon X Machina is in the reason somewhere else … 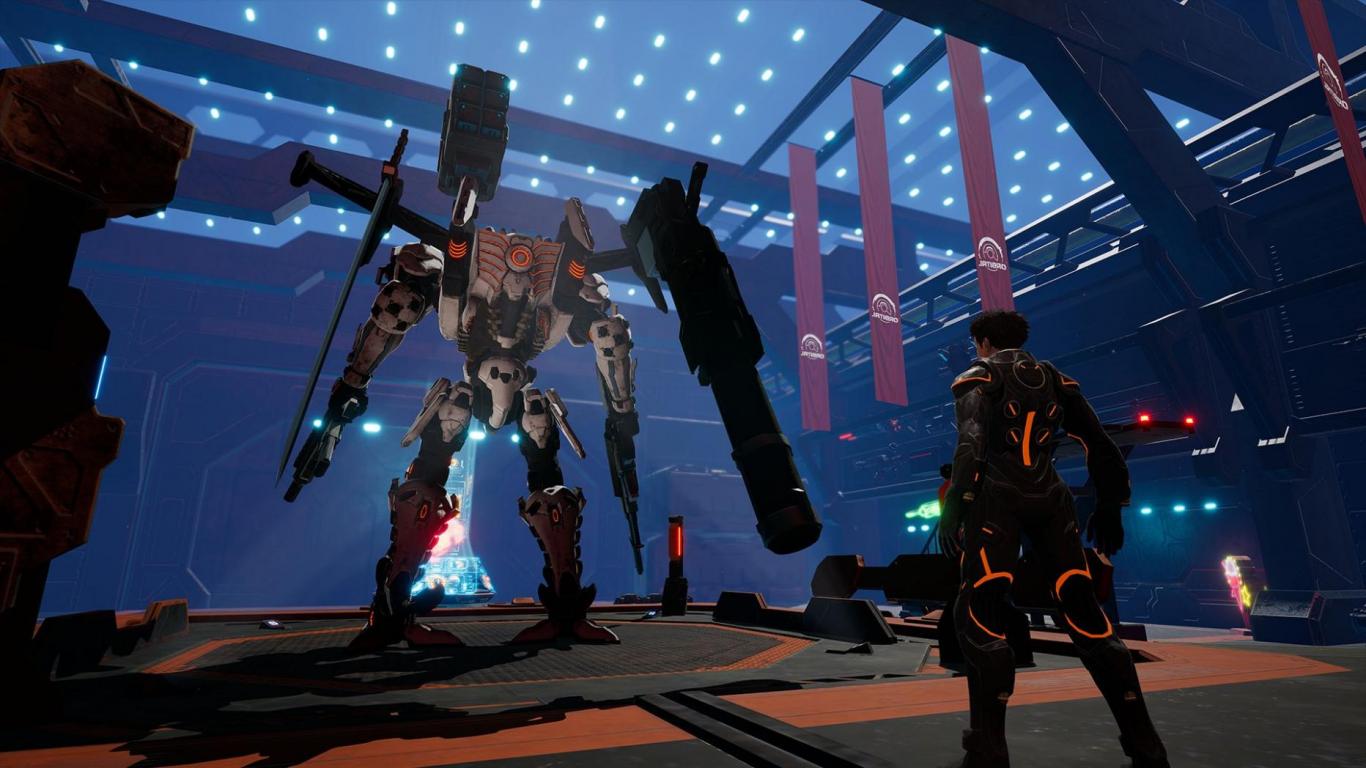 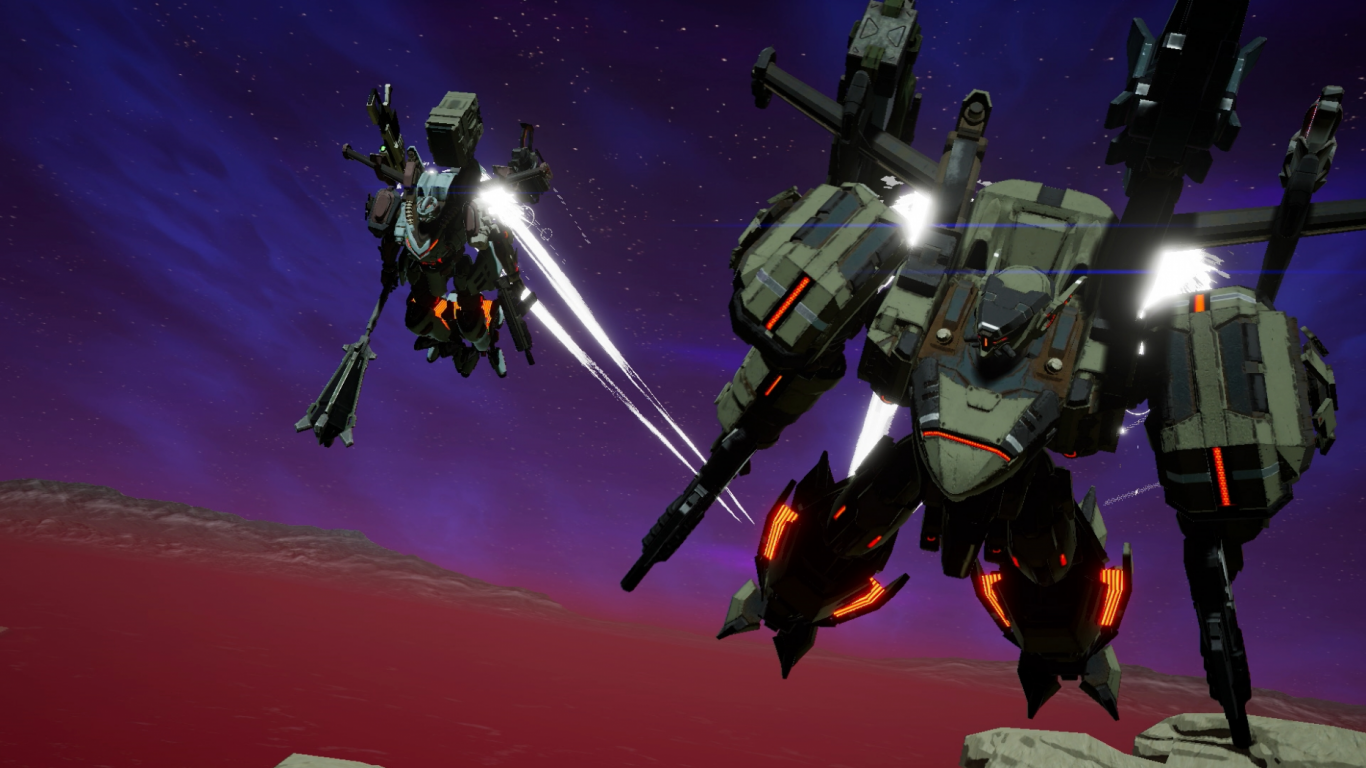 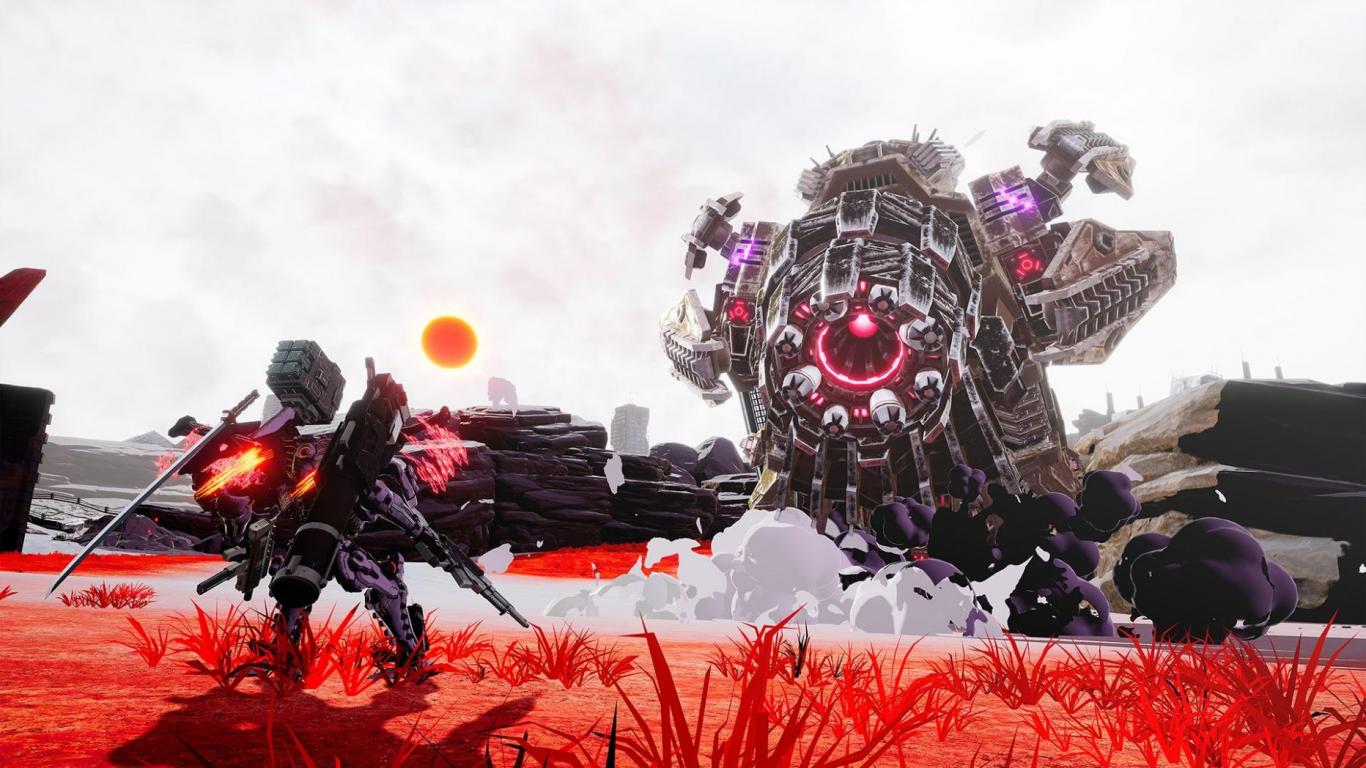 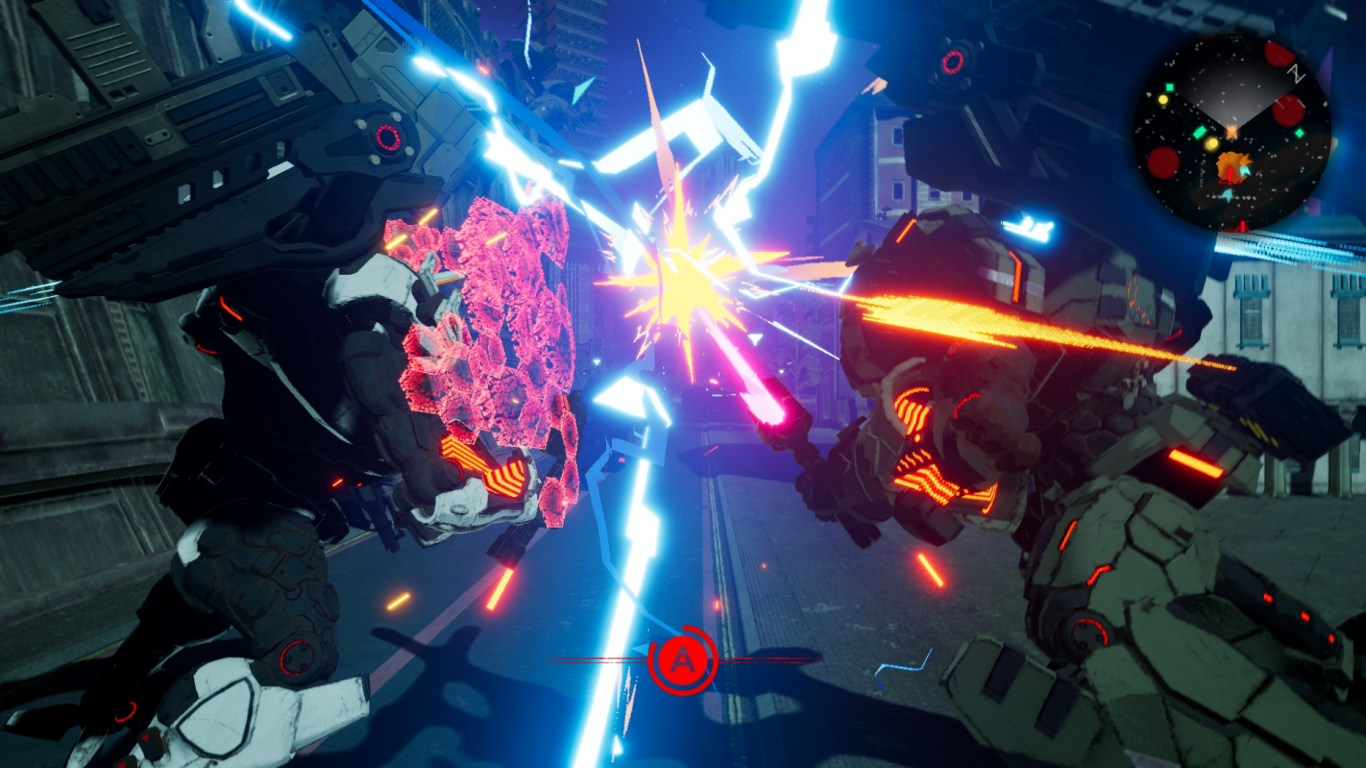 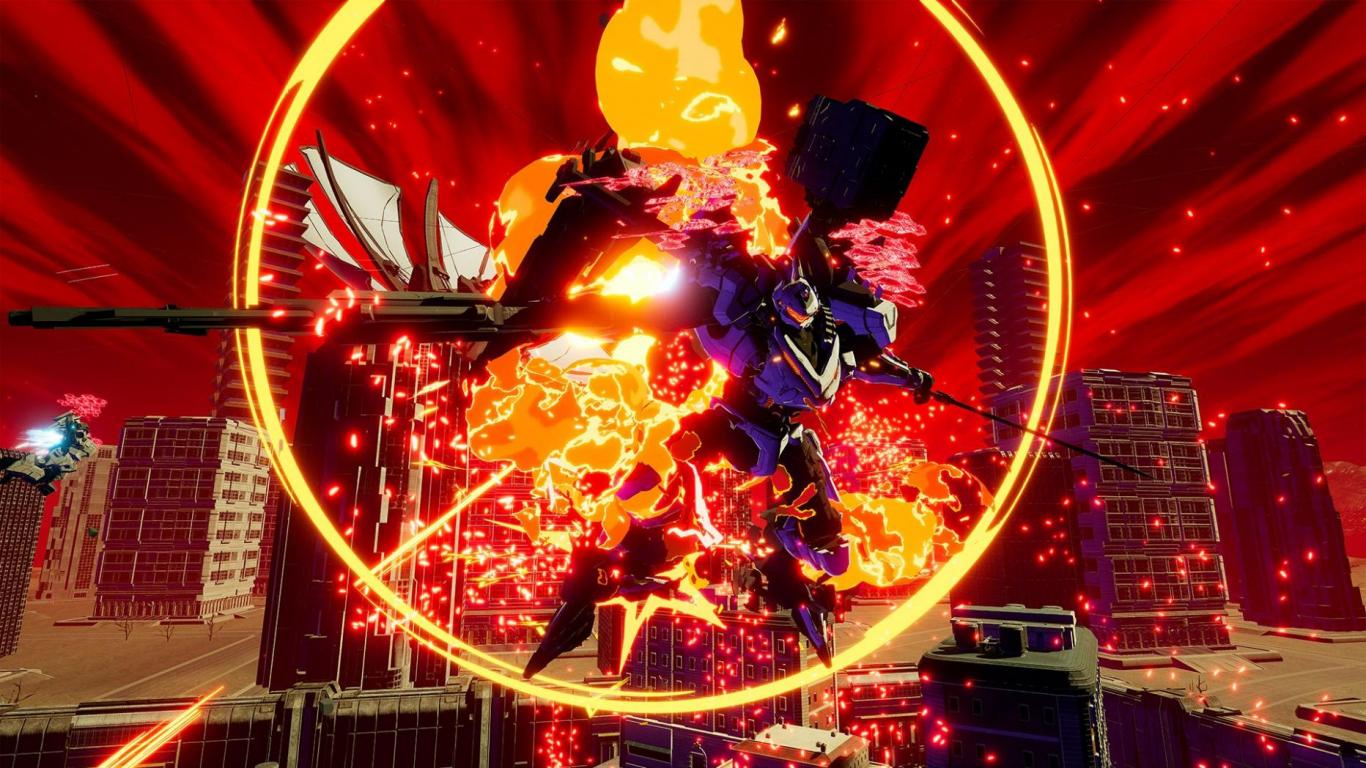 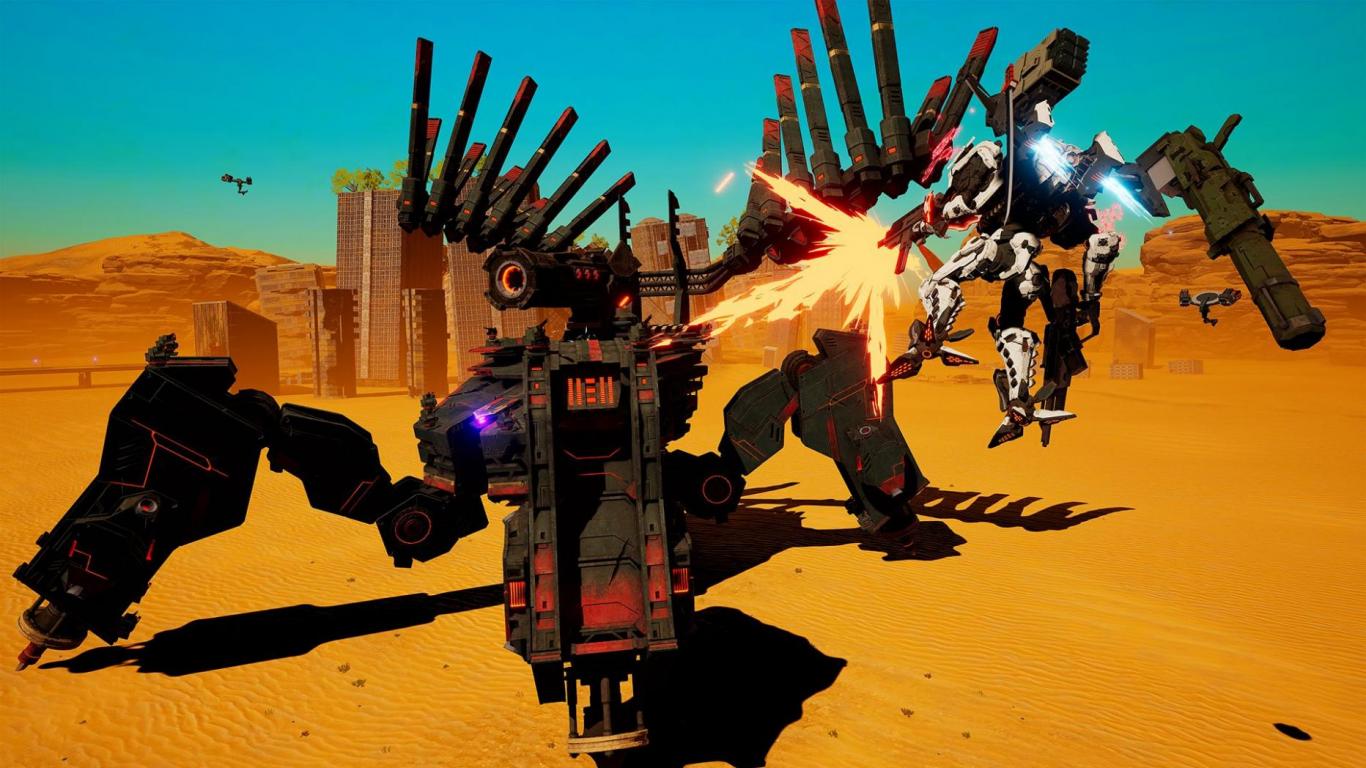 The core game principle of Daemon X Machina is – clearly – a classic Mech Shooter. With your giant robot, called the Arsenal, you in various missions and have to turn off enemy KIs, destroy buildings, or, alternatively, to protect. And here is the real strength of the title are so right: its Customization depth.

As the game progresses, and thanks in missions earned Credits, you unlock more and more weapons, shields, and other items of equipment, which you can insert to your Arsenal for actually significant combat differences. No matter whether you want to specialize on Close or long range, fast attacks, or punch at the end of guns, Defensive or Offensive – everything is possible.

In the fight you are allowed to carry six guns, wherein four of them are really active and over-the-shoulder – and other keys can be activated. The other two are stored on your pylon and serve as an at any time-replaceable spare for the active four. The different effects of the projectiles are clearly noticeable and, alone, playing with various Equipment and different fighting styles makes also a lot of fun.

So great your Mech with all of its equipment but is all of that counts for nothing if you are not even worthy opponents oppose – and here Daemon X Machina as grow: While the Boss enemies, the you every couple of missions to expect, for the most part, with relatively exciting Gameplay await you can actually strategy require, are the most “normal” opponents hardly more than the resistance-free cannon fodder.

Usually, it is sufficient so to take the enemy’s machine a handful of times to turn it off, and of the actual resistance, hardly anything is felt. You combine this with the fact that even the basic enemy Design is rather less varied and already it should be clear why the main part of the – in the end, but, surprisingly, however, given the game fun from the equipment and the use of the eures Mechs stems and not the missions themselves. 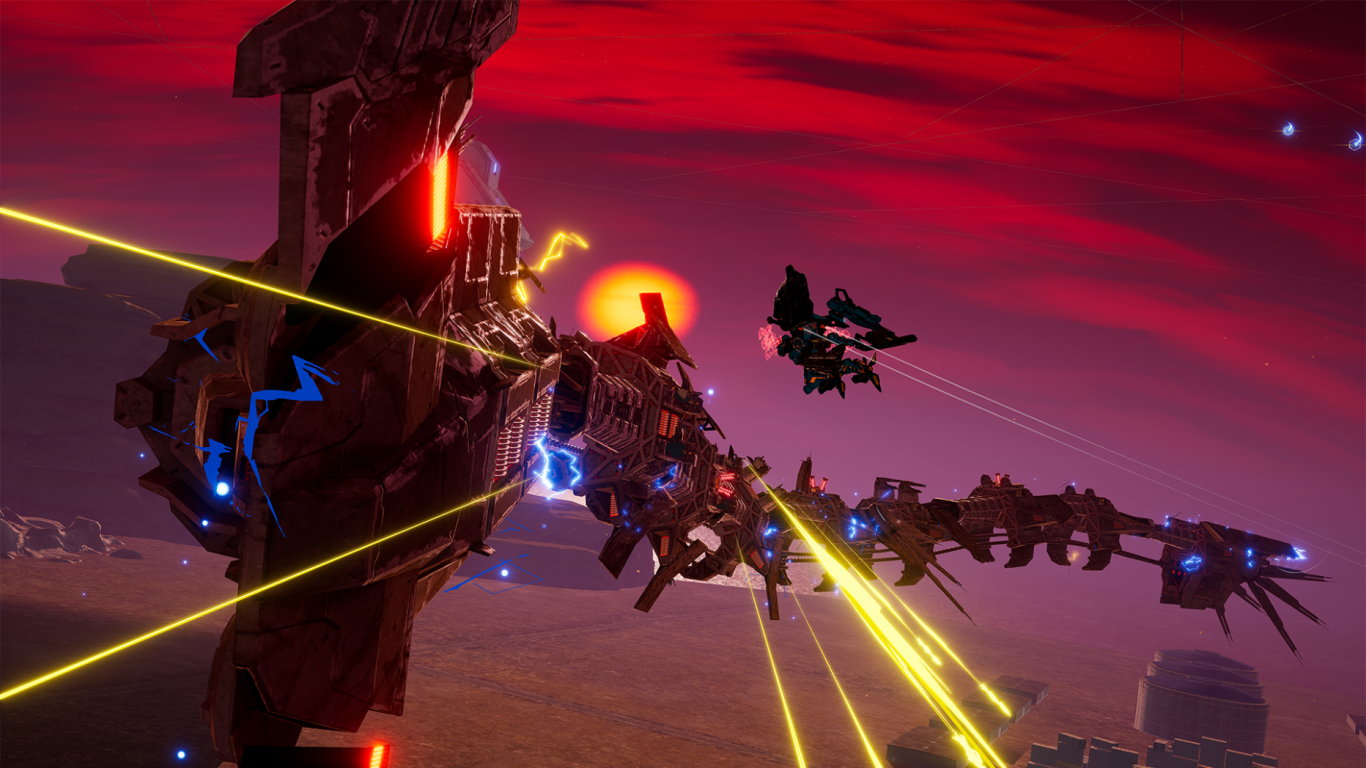 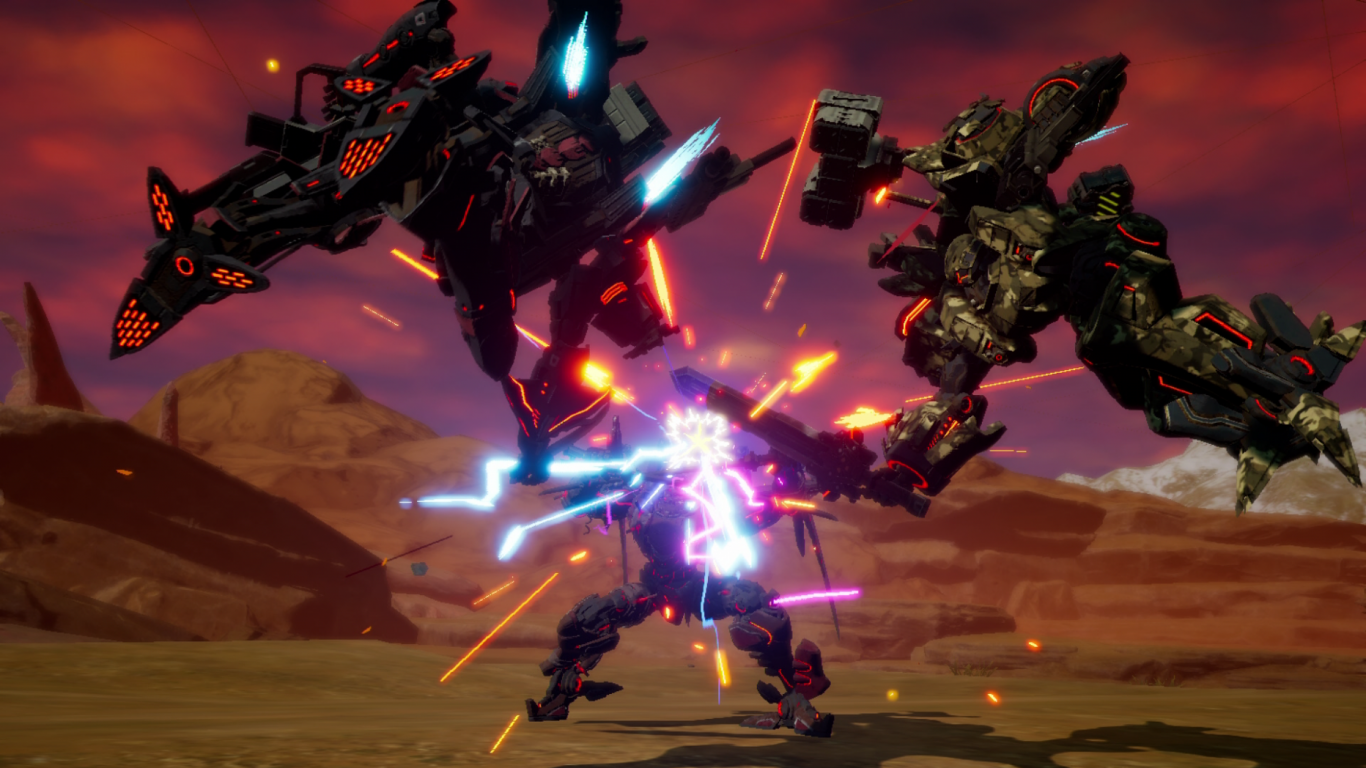 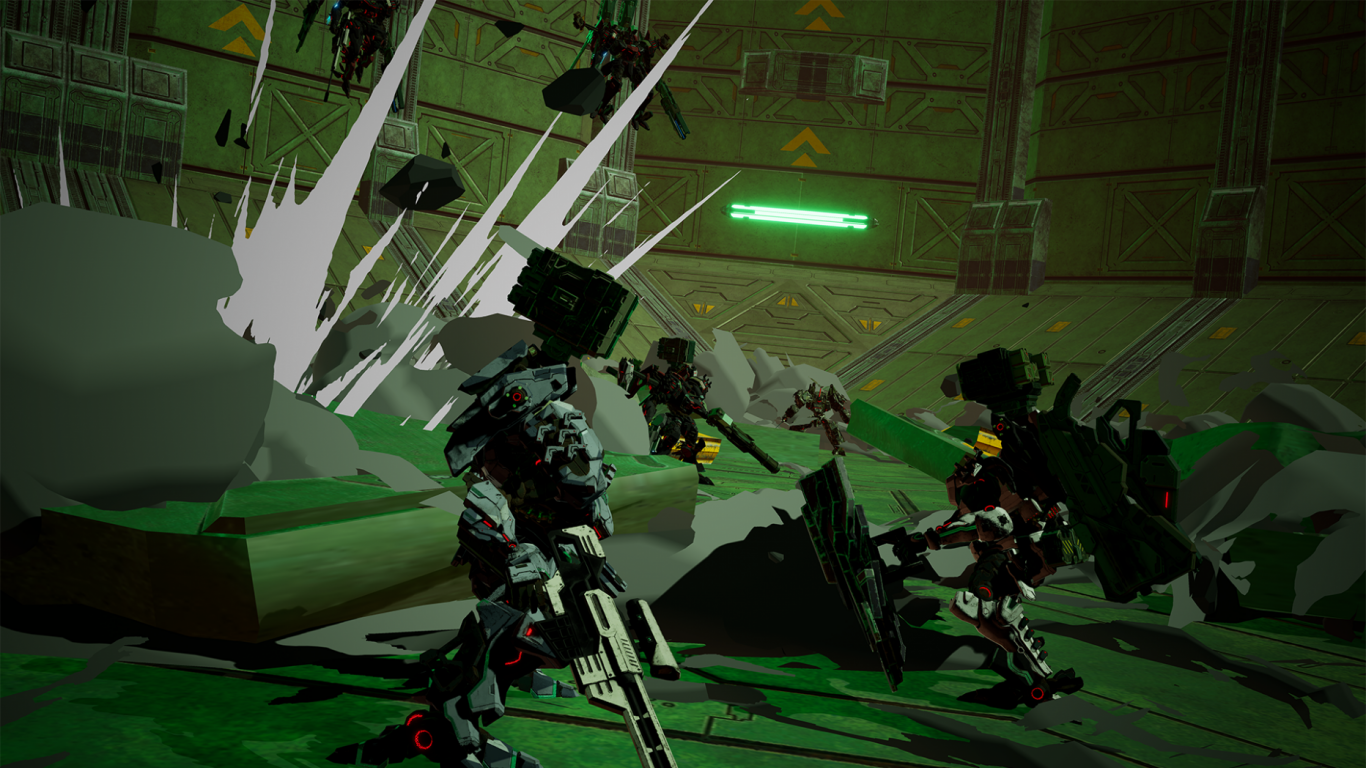 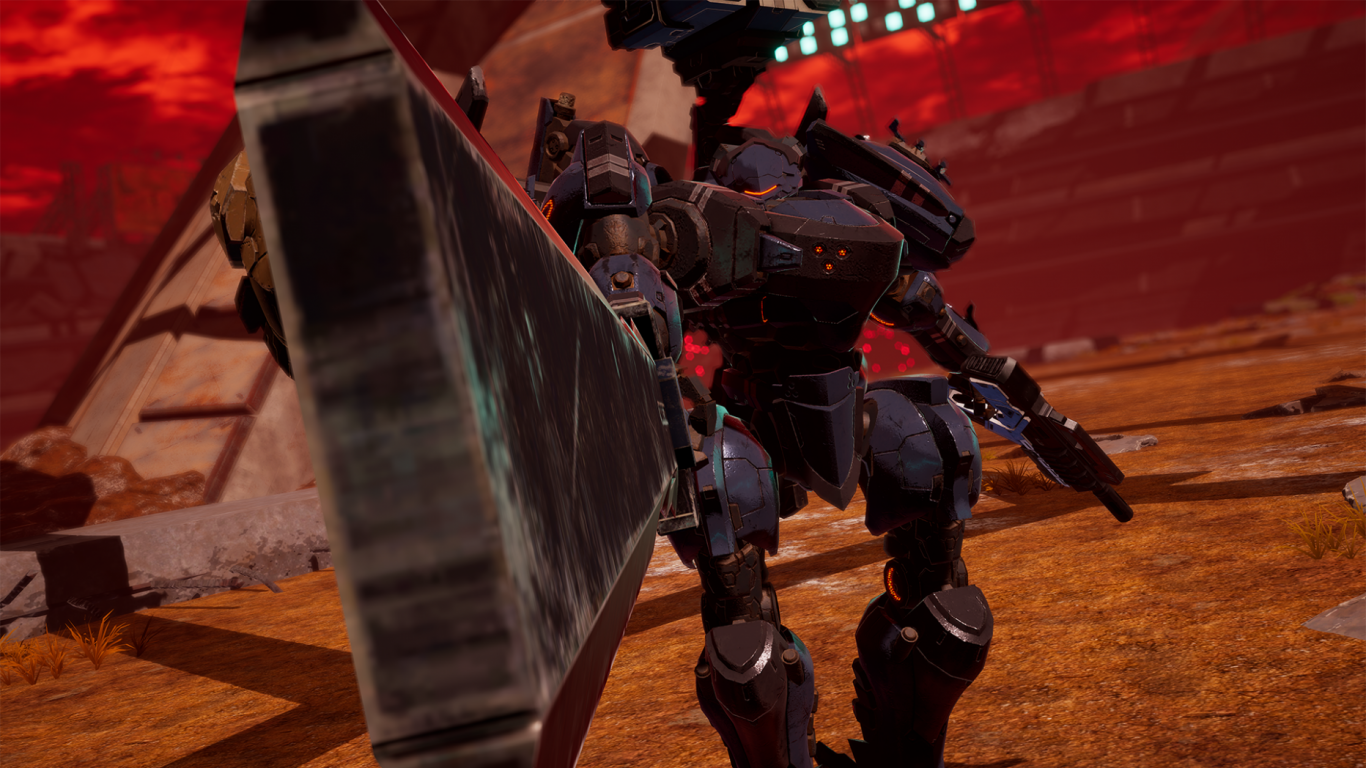 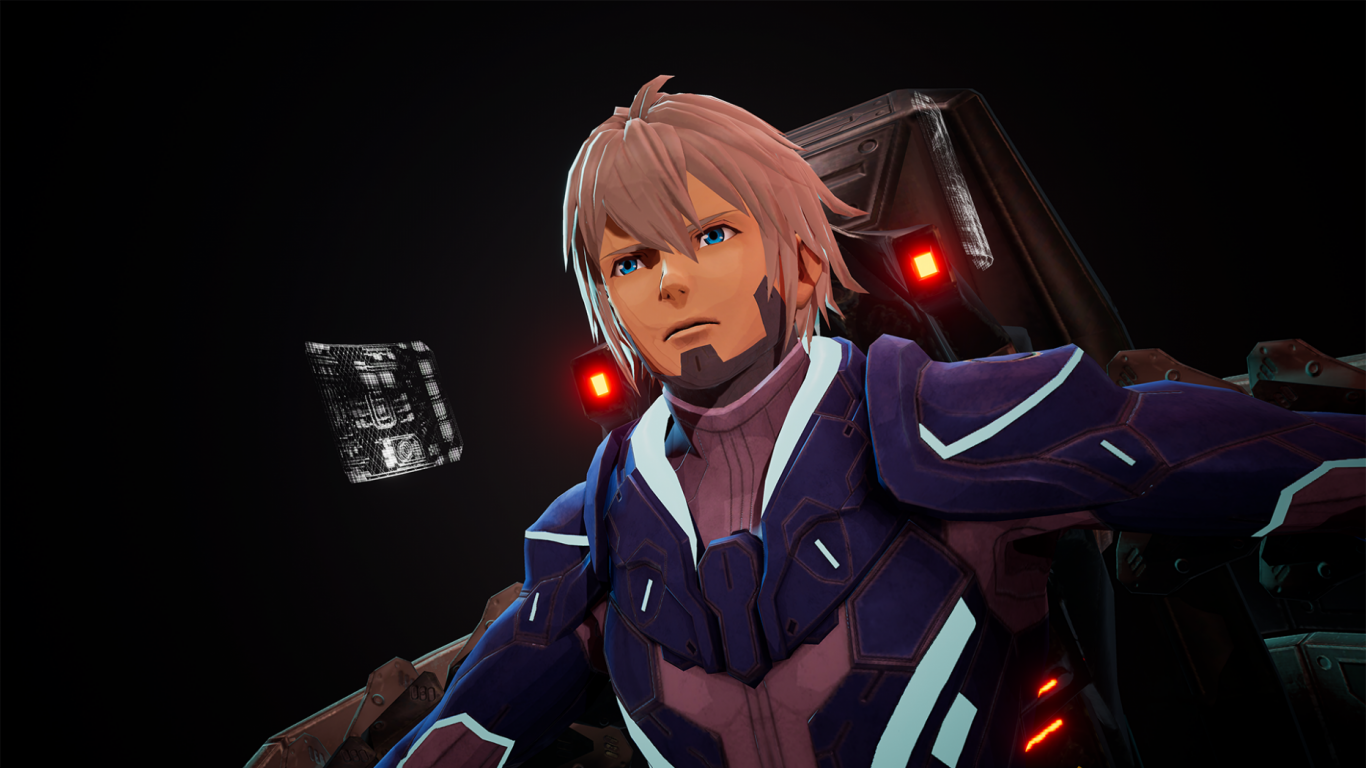 With all the criticism of Story and mission design, there are – in addition to the superbly implemented Mech-Customization – but a second plus point to Daemon X Machina: his presentation. The graphic builds on the classic Anime Look and can inspire, especially in light of the limited graphics performance of the Switch, while the Soundtrack and voice output in English or Japanese – like.

Little hackers there are, however, in terms of load times: To a these are generally quite long, and the Transitions between Action and cutscenes are solved for some, the ugly: Is reached a Trigger point, it can happen that you will be left behind for a few seconds without any action in combat before the Loading of the Cutscene is finished, and this actually starts. Gameplay technically is not a real Problem, but nowadays, just not in a timely manner.

Where we are just in Gameplay were: As the last important point remains still, the control-to-mention, and here, too, there are for Daemon X Machina is a clear thumbs-up: The control of movement and camera by means of the Sticks works fine and the Button Layout for the weapons, and short-term bursts of Energy are well placed and go after a little Practice, intuitive. 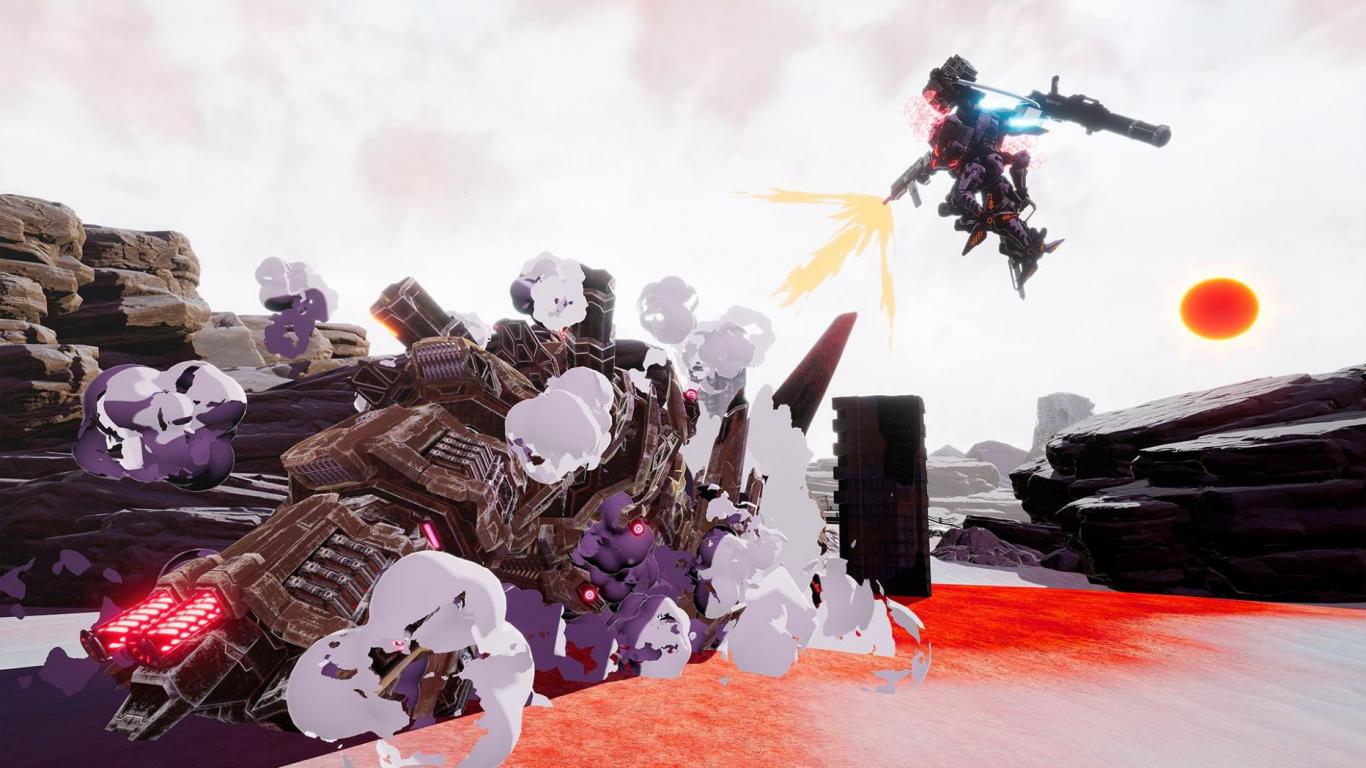 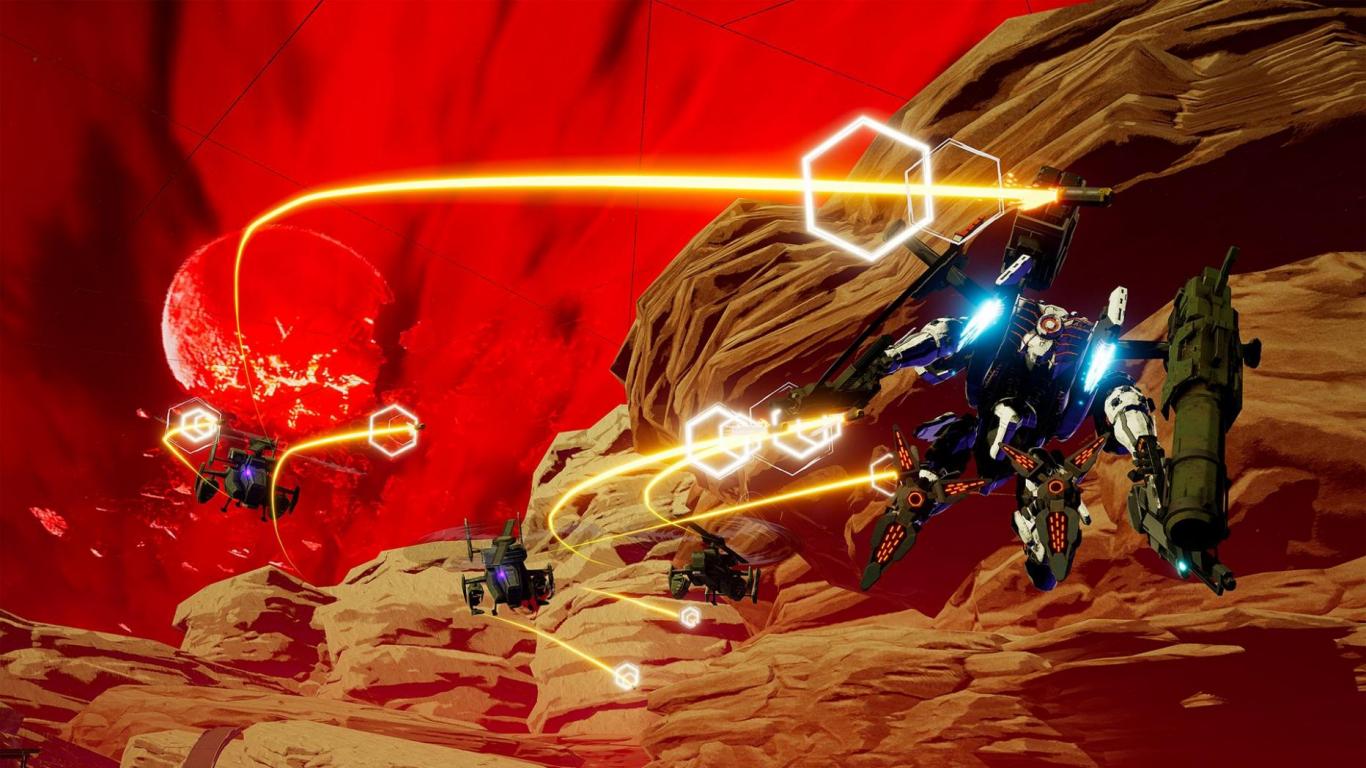 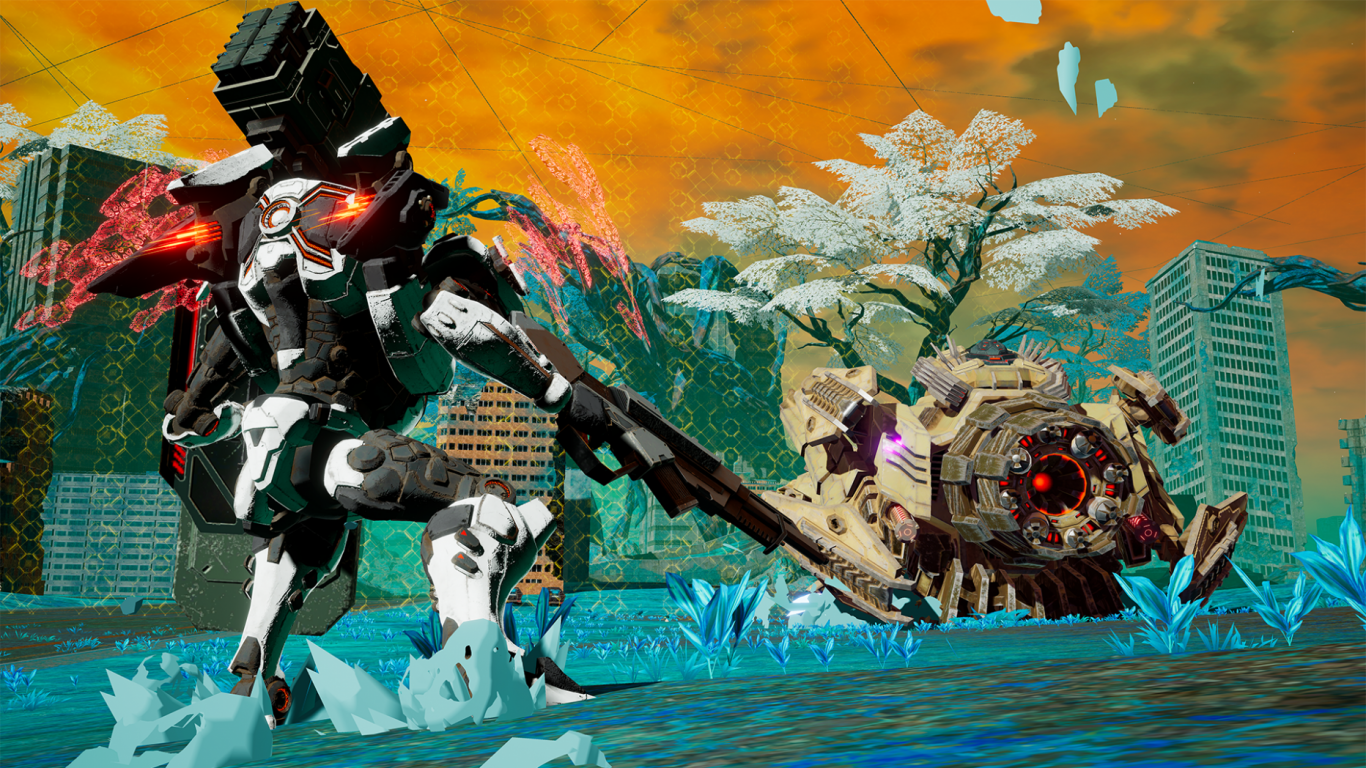 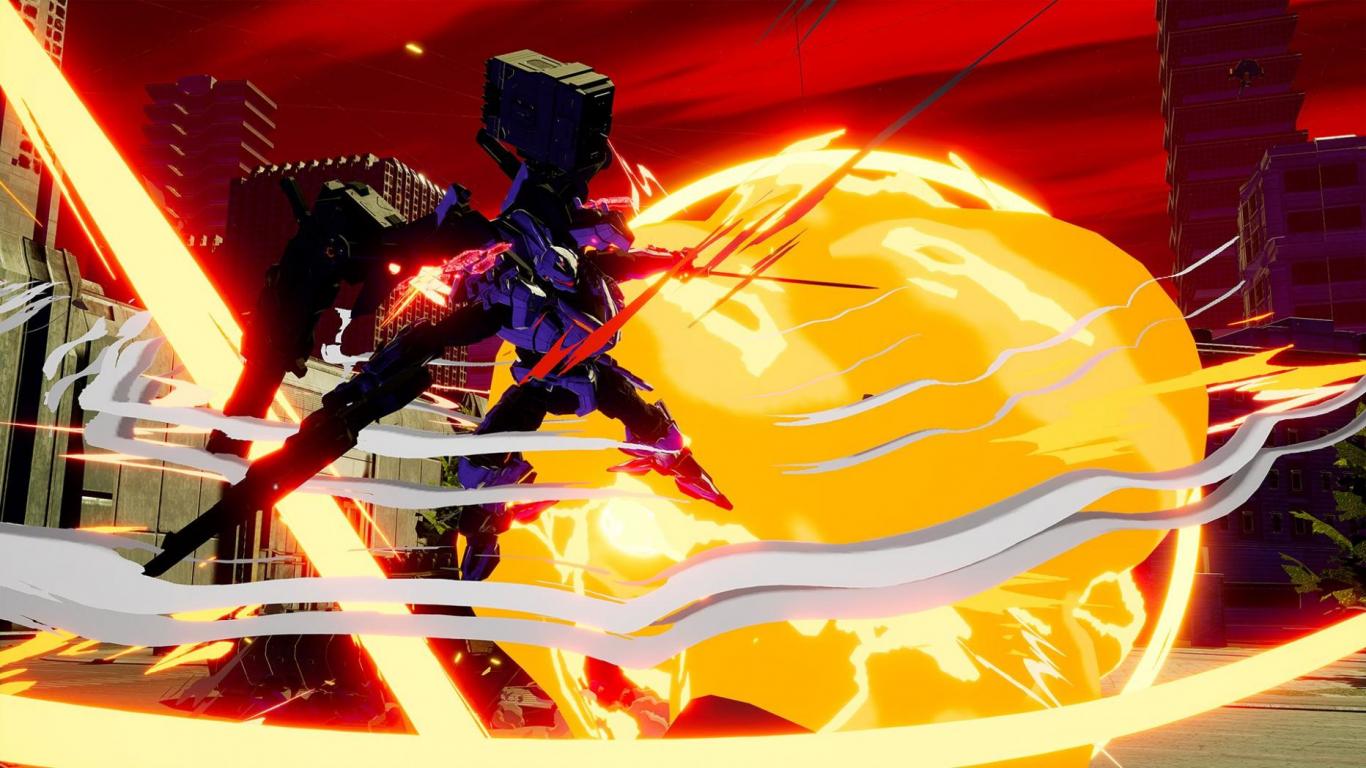 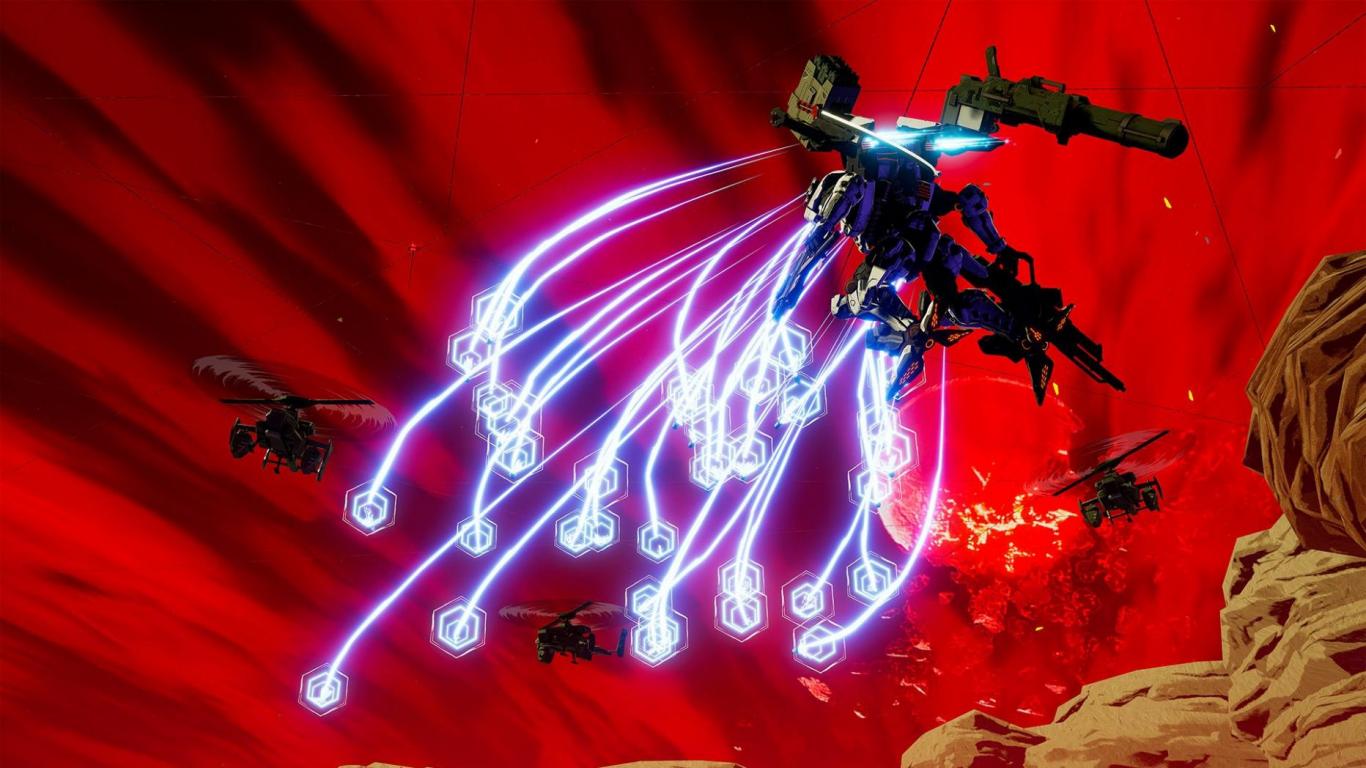 The same time first of all: Daemon X Machina is not a bad game, it could have been but still Some fine-tuning to tolerate. The biggest plus point of the Mechs are – or Arsenal – even: With lots of customization options that actually affect the game feeling you have done all the work, and the shoot around and Try out new equipment makes a lot of fun. Less the Story is good, however: While the approach is exciting and also some of the character clearly has potential, would like to focus here on the wisdom of “less is more” and instead of mass more on a quality set. Just the opposite it looks, however, the mission and enemy design: Here you should have a little more “mass” and so for more variety use. In a nutshell: Who of Daemon X Machina is a Story-focused Game with Mechs wishes, the will probably be disappointed; if, however, it is primarily a fun violent crap with countless and really great implemented Mech-customization goes, however, without hesitation to.