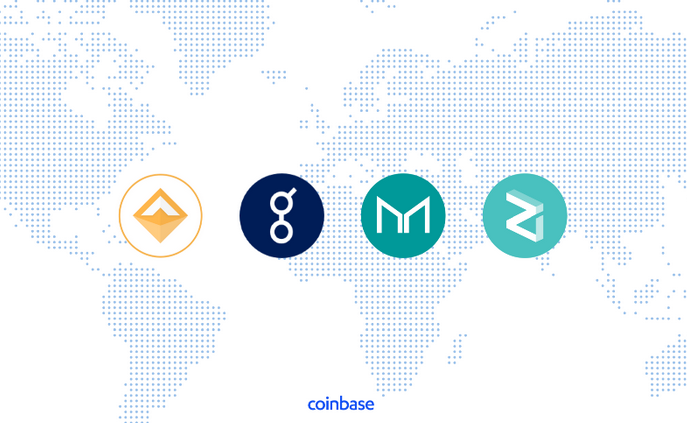 As part of its “12 Days of Coinbase” initiative, Coinbase has added four more Ethereum-based tokens to its platform. Dai (DAI), Golem (GNT), Maker (MKR) and Zilliqa (ZIL) are added to the Coinbase Professional platform, but with some regional restrictions.

As the Coinbase blog on Medium revealed, Coinbase will list DAI and Maker (MKR), the two most important digital assets of the MakerDao project supported by Andreessen Horowitz, as well as Golem (GNT), another promising ethereal-based project, and Zilliqa (ZIL), a startup that aims to initiate the Blockchain 3.0 revolution.

GNT and DAI will be available in the US, but not in New York, the UK, the EU, Canada, Singapore and Australia. MKR and ZIL will be added to Coinbase Pro only in the UK, EU, Canada, Singapore and Australia. As announced in earlier announcements by Coinbase, these jurisdictions could be expanded at a later date and a roll-out for the main coinbase.com platform and mobile applications could be added later.

The four Altcoins are all Ethereum-based tokens, which is in line with Coinbase’s new strategy to initially focus on ERC20 tokens. Most recently, the American stock exchange listed Civic (CVC), district0x (DNT), Loom Network (LOOM) and Decentraland (MANA). As of today, Coinbase Pro will begin accepting inbound transfers before the order books are opened. As with Coinbase’s recent listings, the introduction will be in four steps until market stability and liquidity are established.

The functionality associated with the token will not, however, be available “immediately” via Coinbase Pro, according to the press release:

As a result, users participating in MKR governance must use their GNT tokens to submit rendering tasks to the Golem beta network, use functions such as compounding or leave DAI positions in the event of global settlement, move their assets from Coinbase Pro to a local wallet.

It is also important to note that the four Altcoins are not yet available on Coinbase.com (Consumer), but this will probably follow in the next few weeks.