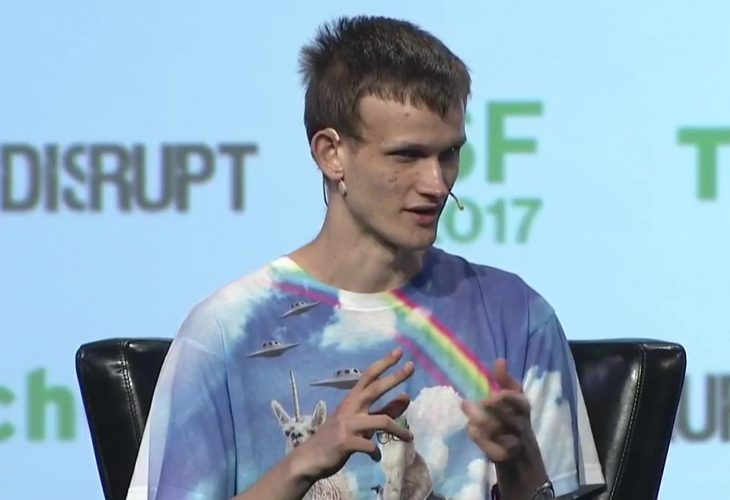 In an interview with Ran Neuner for the CNBC show “Crypto Trader” Eric Vorhees, CEO of ShapeShift, explained that Ethereum is lucky that Vitalik Buterin is involved. In addition, he talked about Ethereum 2.0 and Ethereum’s chances of becoming the best blockchain platform.

After the rumor came up a few weeks ago that Vitalik Buterin could say goodbye to Ethereum, Eric Vorhees explained that although Vitalik is a point of centralization for Ethereum, it is too brilliant to disappear immediately. But Vorhees is also sure that Ethereum would continue to develop without him, albeit with some setbacks.

Obviously it is a point of centralization, but if Vitalik is hit by a bus and disappears, would Ethereum disappear? No, I mean, ETH would drop by half for a month or so, but Vitalik doesn’t run Ethereum, he doesn’t control it. He’s just a big influence, and he’s a brilliant man. So ethereum is better because he’s involved.

The Future of Ethereum

Ran Neuner also asked Vorhees if he shared the concern that Ethereum might not be scalable. Vorhees stated that he was optimistic about Ethereum, especially after the recent DevCon 4, where Vitalik Buterin had published further information about Ethereum 2.0. Buterin explained that Ethererum 2.0 will have Proof-of-Stake (PoS), Sharding and EWASM (Virtual Machine Enhancements). With these implementations, the network becomes more scalable and transactions increase to 14,000 per second.

Vorhees commented that he believes “absolutely” that Ethereum could be the best blockchain platform. For the CEO of Shapeshift, the fact that Ethereum has the most developers could be the main reason. Nevertheless, the competition is very strong, which is why it is difficult to predict:

Yes, I mean it will either happen, or people will switch to other block chains and other cryptos, and that’s fine too. I mean, this is a competitive industry where people shape the future of finance, and there are many incentives in all directions.

Finally he emphasized his optimistic estimate that crypto currencies will be massively adopted in the future. He also spoke about how long it would take to experience the introduction of crypto currencies in everyday life. Voorhees stated that the adoption would not take place immediately. He compared the process with the introduction of the Internet, which lasted over two decades.

You can find the complete interview below: