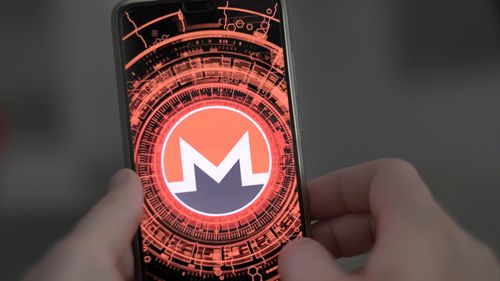 Once again ETH-co-founder Buterin expresses criticism of the development of a large group. This HTC approach for the Monero Mining is the goal.

HTC expects a big wave of acceptance among users

The message about the new development in the house of Taiwanese Smartphone giant HTC hit in the last few days have pretty high waves. The group allows users of the new HTC Exodus 1S in the future, thanks to a new App, the removal (Mining) of Monero units. The application goes by the name of “DeMiner”, it is a development of the service provider Midas Labs, in the second quarter of 2020, the offerings should be available, as we reported just before Easter. With all the anticipation on the part of the user in spe: There are also critical voices that doubt the new HTC service model. Crypto-pioneer, Vitalik Buterin is one of the skeptics who came forward early on after the discovery of the new thrust will be for HTC to word. Buterin is not only regarded as a co-founder of the system, Ethereum as one of the great thought leaders in the crypto industry. Often, he appreciated some of the new development is significantly different than the proverbial broad mass of potential users.

HTC’s new approach is too slow and expensive?

In the case of criticism, with a view to the cooperation between the Midas Labs and HTC comes from pages Buterins. While the manufacturer finds, for obvious reasons, flowery words for its Innovation, looks Buterin some weak points in the offer. HTC wants to allow his approach to Mining without the high technical requirements of memory chips and graphics cards. You want to convince just with low power consumption, so that the Miner higher yields should be achieved. Ethereum founder Buterin made via Twitter statement that he considers the time span of the new Mining concept for little sense. Up a complete unit of XMR is mined, so Buterin, there will be around 40 years pulled. Of efficiency can not be spoken, in its opinion, so the best of intentions.

In the case of many other currencies such as the Bitcoin profitability in the past left a lot at times, also due to the significantly lower rates also to be desired. Buterin comes in it’s own invoice to the conclusion that users would have offset the expenditure for the equipment-the equipment only in the centuries of their Mining revenue. Current Smartphone technology, and Mining do not fit together, in his opinion, simple. In addition, experts will not let that Mining from his point of view anyway, the drug of choice in the crypto world, instead, he advises users to Staking because of this a better fit to the currently applicable Standards in case of Smartphones. That Buterin refers to Strengths to Ethereums (ETH), is logical in view of the ongoing change away from the Proof-of-Work, and the also much-discussed Proof-of-Stake.

2 thoughts on “Buterin: XMR-Mining by HTC Smartphone to inefficient”