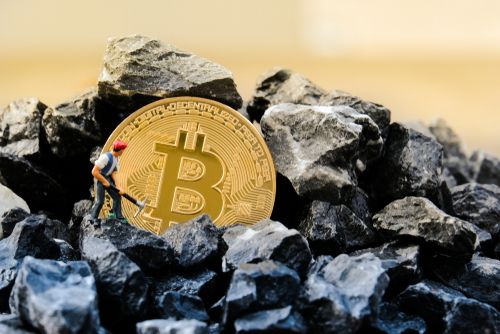 China was facing crypto-currencies at the beginning, but it soon came to a ban of Bitcoin, the trade as well as the Mining. Since the last public Statement of President Xi, who praised the Blockchain in the highest tones, the effect of any positive news from China as a catalyst for the crypto-currency market.

All the upward tendencies in the Bitcoin and crypto-market is currently coming from China. An industry Insider has just announced that China will ban contrary to earlier Reports, the Mining of Bitcoin. Within the last hour of the Chinese industry published insider and a founding partner of Primitive Crypto, Dovey Wan, an official announcement that Bitcoin – and crypto-Mining should be prohibited. This paragraph of the bill was removed, so it can be assumed that China does not want to prohibit the Mining of Bitcoin more. Wan writes on Twitter (freely translated):

6 months ago screamed, CT according to “China, the Mining of Bitcoins forbids”, as a blurry-worded “policy” of the Chinese state planning authority was published. The official Version is here: cryptocurrency mining is removed from the “elimination category”. The message here is so clear.

At the beginning of the year, the South China Morning Post reported that the National development and reform Commission of China (NDRC), a draft of a list of industrial activities was presented, which it attempted to restrict or prohibit. Bitcoin and crypto-Mining were on the provisional list. In other words, the NDRC is of the view that Bitcoin Mining does not fall under these categories, and in China should be banned. This also means that there will be no ongoing efforts to hinder the industry by limiting or Overload of current. The inter-provincial authorities can set their own rules on the practice, but all in All the news around Bitcoin in a positive Momentum, originating still from China.

At a press conference of the NDRC, said today that the first draft have been added to the 2,500 proposals, although none of this Changes with the Mining of Bitcoins together. The message continues to be:

During the revision period, more than 2,500 comments have been made and proposals from different areas. After a thorough examination, one after the other, most of them were adopted. The main reasons for non-adoption are those that violate laws and regulations or relevant policies, the General interests of the industrial development that does not comply with and the technology is not far advanced.

In the latest proposals are for the time being can find no information for a possible mining ban. These messages can be rated as positive, although the Community is currently discussing whether there is still a centralization of Hash Power in China. On the other hand, the Bitcoin network could be vulnerable to hacker attacks, if the Hash would fall off Rate strongly. Here, there is still no common consensus.

Overall, the Feedback is consistently positive. It remains to be seen what further steps China company is, and what is the impact of the digital Yuan on the world economy.