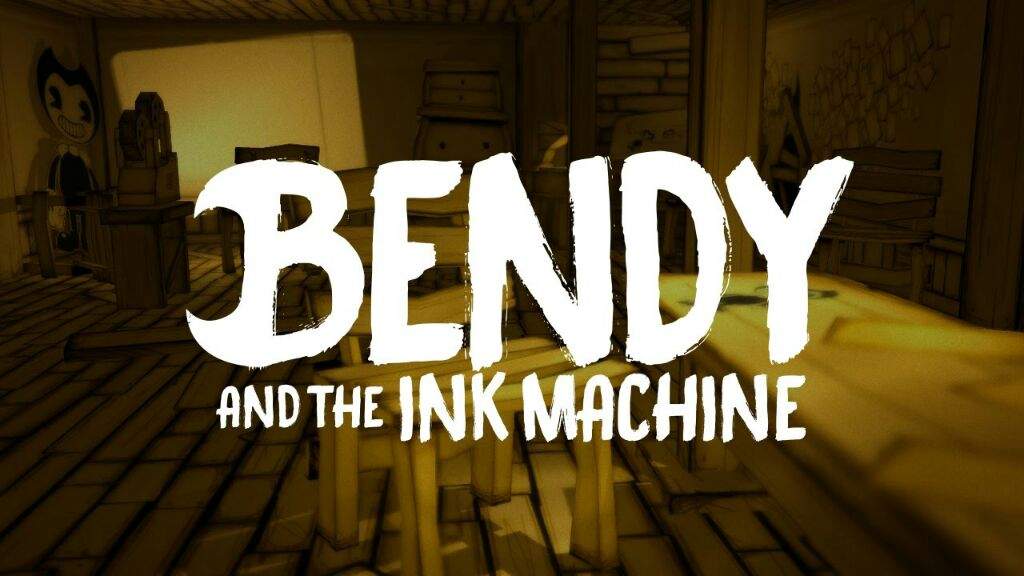 In Bendy And The Ink Machine Joey Drew Studios Inc. sends us into a child-friendly nightmare, in the style of classic cartoons of the 30s. Released as early as February 2017 in episode format, the survival horror title now finds its way onto the PS4, Switch and XBOX One in a complete edition. While testing Bendy And The Ink Machine I enjoyed his artwork and the atmosphere, but I wasn’t afraid of it.

The Curse of the Creative

I love horror. I love fear! This, admittedly a bit weird, inclination stems from the fact that for me the feeling of fear is the perfect key to total immersion in a game and its world. Only when I get my pants full at a game can I forget everything around me. At last I was allowed to experience this feeling during my play session of the horror hope Visage. The prospect of a little thrill therefore aroused my curiosity for Bendy And The Ink Machine.

The basic prerequisites for an encounter of this disturbing kind are certainly given. In the skin of the aged comic artist Henry Stein, we explore the labyrinthine corridors of the Joey Drew Studios from an ego perspective. Henry had out of the blue received an invitation from an old companion. Curious about the fate of his former employer, he accepted it. A decision that the creative mind should regret very badly. Because it seems that abstract and vivid versions of his creations are doing their mischief in the orphaned studio. 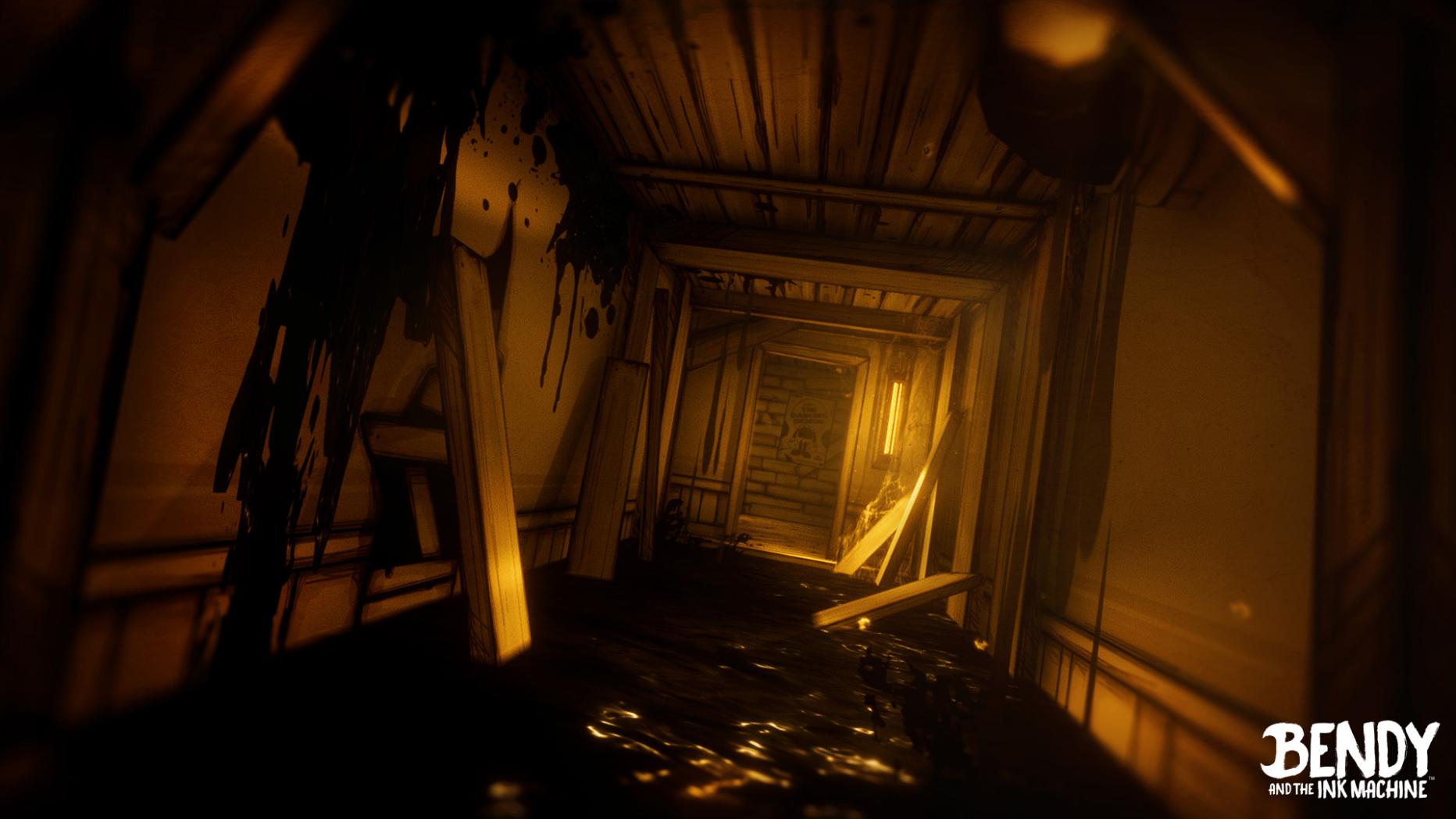 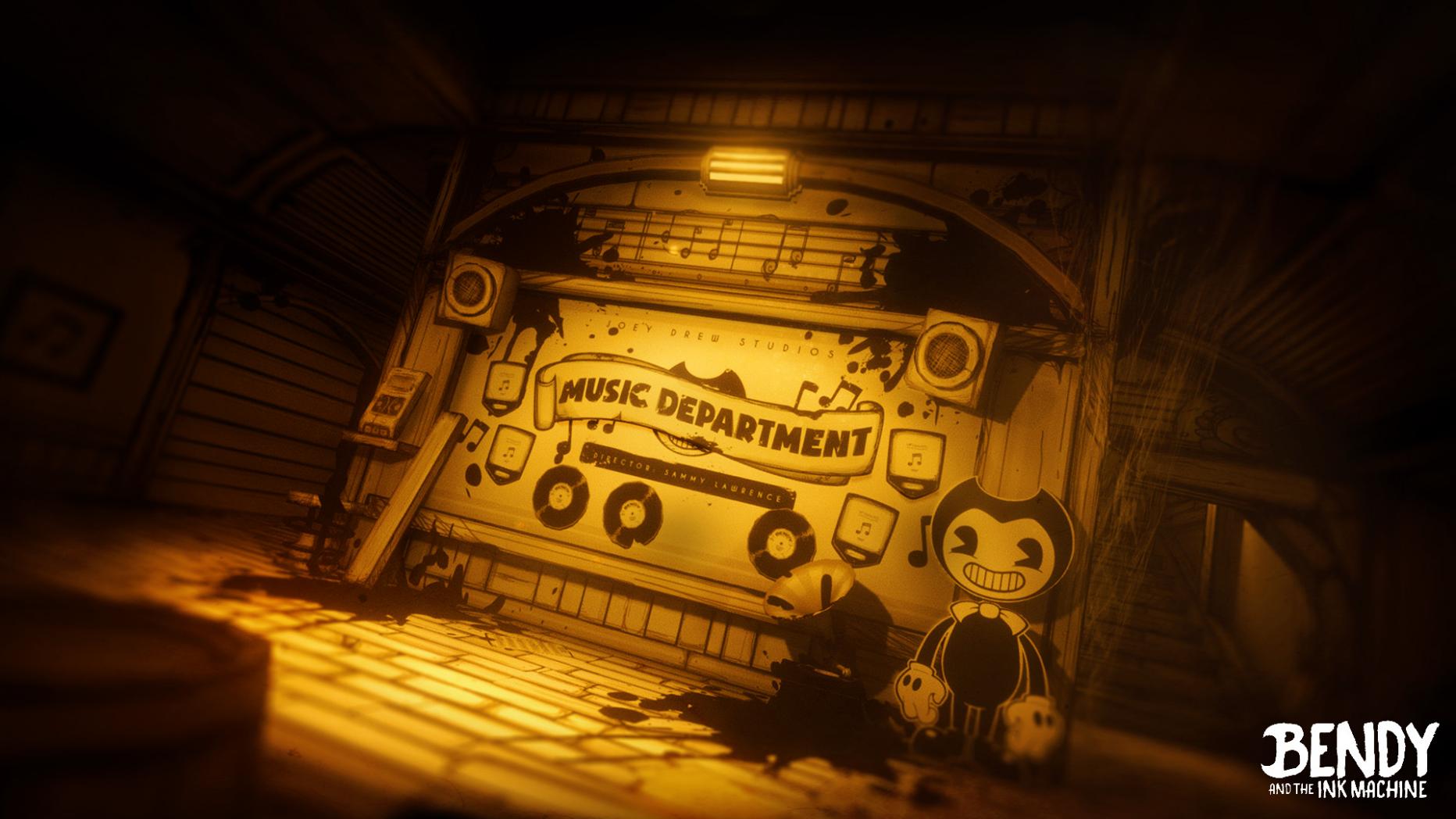 No reason to fear

Bendy And The Ink Machine is quite atmospheric. This is due to the loving design of the surroundings. Thanks to the Cell-Shading method, this cartoon shines in the eerily beautiful look of a 30s cartoon. The game also succeeds in building its own mystery with well-placed audio tapes, which report on the experiences of some former employees. So at the beginning you are still motivated to fathom the secret behind Bendy and his cartoon colleague.

Pleasantly, Bendy And The Ink Machine couldn’t keep up the excitement about his runtime of just under four hours, at least for me. It’s all because of the bad gameplay. There are always smaller puzzles to solve, but more than pure searching of the environment for the suitable object does not usually look out. While genre colleagues like Visage or Call of Cuthulhu hide gameplay weaknesses by good storytelling or skillfully staged threats, Bendy And The Ink Machine always splashes something along. I never really had the feeling of being in danger or being hunted, because smaller opponents are easy to bludgeon and bigger monsters always follow fixed paths. This allows them to be easily bypassed by clever sneaking. 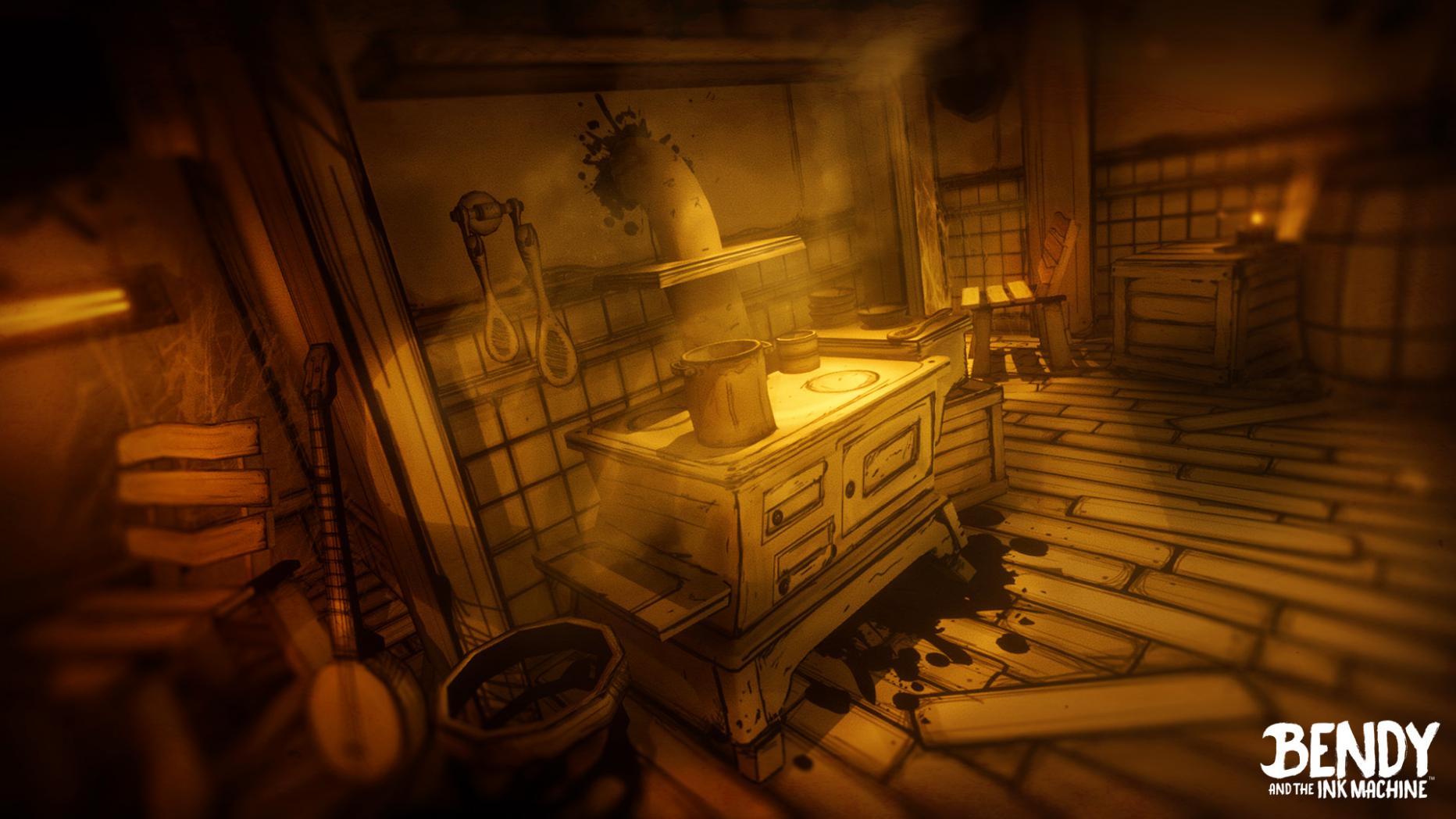 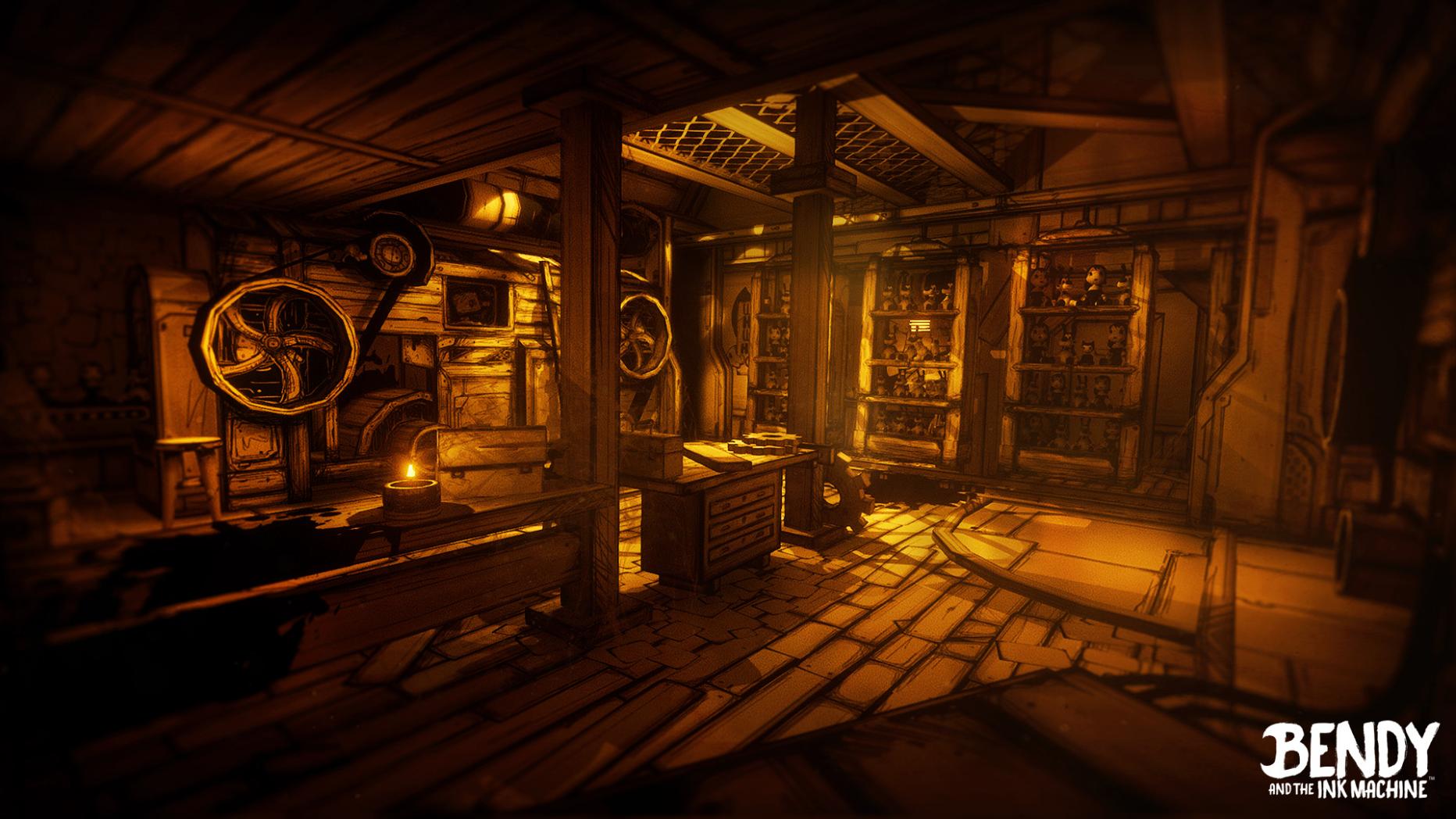 Not scary, but a beautiful sight

Although Bendy And The Ink Machine didn’t convince me in terms of horror, his style could score with me when it came to graphics. I liked the design of the environment and the black-yellow nuances of the Cell-Shading graphics created its own flair. Strangely, however, I found that the performance on the PS4 PRO occasionally fell below 30 frames per second. The controls are a little sluggish. So Henry, even when he’s walking, moves around the world very slowly. The sound is fine. Neither the score nor the sound scenery attracted my attention negatively, but they don’t deliver top performance either.

Bendy And The Ink Machine couldn’t really inspire me. Although the horror survival game, especially at the beginning, has its moments and builds up its mystery skillfully, it can’t keep up this suspense with continuous playing time. Unfortunately the gameplay didn’t convince me very much. The fights are undemanding, the creep passages too easy, because the antagonists stubbornly follow the same rod, and also the riddles are somewhat boring. While I like to forgive genre mates for such shortcomings because they have other elements that hook me, I find Bendy And The Ink Machine a bit difficult. In his defence, however, I would like to say that my experience in the horror field has already made me very hardened. In general, I didn’t feel that I belonged to the target audience when I was playing, but that the title was aimed at younger players, who wanted to gain their first horror experience. So if you want to get a first glimpse into the survival horror genre without being confronted with all the harshness of the genre at the same time, you can take a look. All the others will probably be happier with the competition. 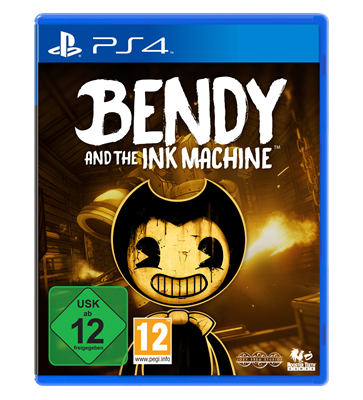